By Tom Coburg, The Canary. 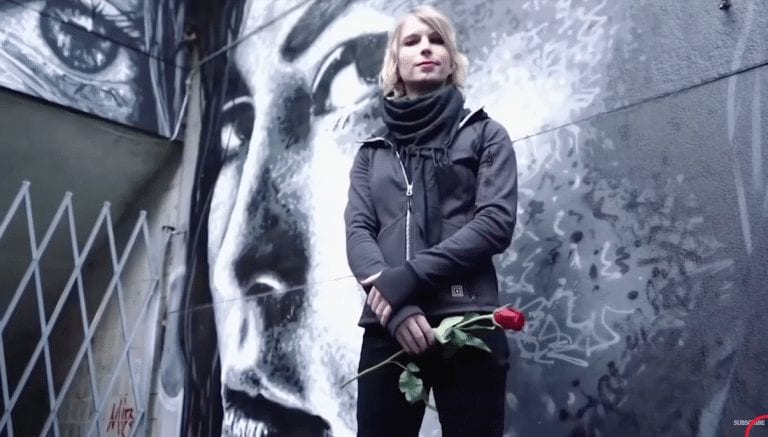 Chelsea Manning, accused of conspiring with Julian Assange to obtain secret US government documents "illegally". What does "illegally" mean when the secrets in question are actually high crimes? Manning and Assange are two people with more courage and principles than the whole US Congress and Executive. Not to mention the thousands of complicit whores in the Western media.

Week three of the hearings at the Old Bailey for Julian Assange‘s extradition to the US heard testimony from a computer security expert that may prove to be critical. That testimony could be used to undermine the first indictment raised against the WikiLeaks founder and therefore weaken the entire case.

Other testimonies may form the basis by which the US extradition request could be dismissed.

Computer forensic expert Patrick Eller was formerly lead digital forensics examiner with the US Army’s Criminal Investigation Command in Virginia. On Friday 25 September, his written statement to the court and live testimony covered a number of crucial aspects relating to the first indictment of alleged computer misuse raised against Assange.

The indictment claims that Assange assisted former US Army intelligence analyst and whistleblower Chelsea Manning to crack a password so she could anonymously access sensitive computer files. But Eller’s testimony showed that’s not what happened, and it was not technically possible at that point in time for Manning to crack the password.

The initial charge – conspiracy to commit computer intrusion – referred to chat logs between Manning and a person called ‘Nathaniel Frank’. The US authorities assume ‘Frank’ was Assange, although this hasn’t been proven.

Regarding the latter, journalist Kevin Gosztola, who covered the Manning trial, observed:

Summers: Why use the name Assange please?
⁰Eller: It’s provided throughout the documentation. "What was assumed, excuse me” #AssangeTrial

In the chat with Frank, Manning asks for help in cracking a password. Frank, after further consultation, told Manning he’d had “no luck so far”. The US argues that had Frank been successful, Manning would have been able to access an FTP (File Transfer Protocol) account. Eller, now head of Metadata Forensics, disputed that assessment. He explained to the court that Manning had no need to access the FTP account to source the files she passed on to WikiLeaks. In any case, Eller pointed out, Manning had authorised access to those files:

Manning already had legitimate access to all of the databases from which she downloaded data. Logging into another user account would not have provided her with more access than she already possessed.

Furthermore, Eller added that Manning had access to SIPRNet [Secret Internet Protocol Network], a secure network from where she could access diplomatic cables and information about Guantanamo detainees. When asked how many people would have had access to SIPRnet, Eller answered “in the millions”. He also pointed out that access to the FTP account would not have provided anonymity to Manning. Because tracking her Internet Protocol (IP) address would have been sufficient to identify her.

There was yet more explosive testimony from Eller. He explained to the court that Manning had already downloaded and leaked hundreds of thousands of files before her chats with Frank. These files included the Iraq war logs, the Afghan war logs, the infamous “Collateral murder” video, information about Guantanamo detainees, and other files:

I'm personally neutral. I see the argument for judge granting disclosure to press requesting access. I also recognize the sensitivity the defense would like the media to have. Plus, I heard all this testimony in court and don't feel I have gaps in knowledge. #AssangeTrial

Eller further explained that of the files the US claimed Manning sent to WikiLeaks, the only ones sent after the chat were ones to which she already had authorised access:

I'll go back and add some more details from Eller's crucial testimony. He laid out in his statement to court what deficiencies he saw in "technical explanation of password hashing allegations" and cast doubt on purpose of Jabber chat. #AssangeTrial

In summary, these observations by Eller undermine much of, if not the entire, US case relating to the initial charge.

During the week, the court also heard extensive testimony from medical experts about Assange’s physical and mental health, including how he suffers from depression. Moreover, consultant neuropsychiatrist Dr Quinton Deeley told the court she was a witness to an autism assessment for Assange at Belmarsh prison.

The line of questioning about Asperger's syndrome yesterday shows how little the prosecutor knows about it. I spent a lot of time with Assange, and there is no doubt from those strange interactions that he is on the spectrum. I wish I had understood the syndrome better. https://t.co/yEQJvNn3or

In the case of ‘hacktivist’ Lauri Love a major factor in the Royal Courts of Justice decision to refuse his extradition was that he’s diagnosed with Asperger’s, and his incarceration in the US would violate his human rights.

Similarly, regarding the decision to block the extradition of hacktivist Gary McKinnon, then home secretary Theresa May said:

I have concluded that Mr McKinnon’s extradition would give rise to such a high risk of him ending his life that a decision to extradite would be incompatible with Mr McKinnon’s human rights. I have therefore withdrawn the extradition order against Mr McKinnon.

Both of these decisions may have a bearing on the Assange case. They could offer grounds for dismissal of the extradition request or, if necessary, for appeal.

The week also saw Judge Baraitser rule that because of the upcoming US elections (and to give the defence the opportunity to present its closing arguments), her decision on the extradition request will be delayed until the new year.

In asking the defense how the outcome of the U.S. presidential election would affect its case and indicating that she had hoped to issue a ruling before election day, District Judge Vanessa Baraitser has acknowledged what has been clear since even before the first indictment against Julian Assange was unsealed, that this is a politically motivated prosecution.

If Mr Assange is extradited, it will set a dangerous precedent endangering freedom of the press and expression in two countries boasting mature democratic systems. It will have a chilling effect on free expression by whistle-blowers and journalists disclosing to the public potentially grave human rights law violations. The UK and US must remember their obligations under Article 19 of the Universal Declaration of Human Rights and of the International Covenant on Civil and Political Rights guaranteeing an individual’s right to freedom of expression. Further, the First Amendment of the US Constitution upholds freedom of expression and freedom of the press.

Eller’s testimony weakens the prosecution’s case – perhaps fatally – in regard at least to the initial charge. And the testimonies provided about Assange’s health may be grounds for dismissal.

Also, there will likely be several grounds for an appeal, should the current proceedings rule in favour of extradition. One, provided unwittingly by Judge Vanessa Baraitser, is the political aspect of the prosecution.

Meanwhile, The Canary will continue to report on the hearings as they progress. 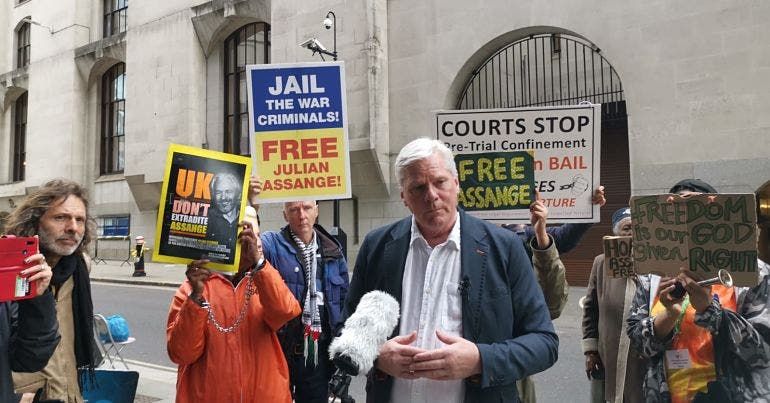 Protest in London in favor of Julian Assange.