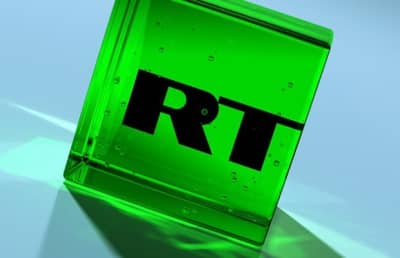 An Oxford University Internet Institute’s study titled “The Organizational Behavior of RT” was based on dubious questioning of 23 unidentified current and former company sources — only two still with RT.

A total of 240 current and former company staffers were contacted for the so-called study.

Over 90% declined to be interviewed. Study results lost legitimacy for its small sample size, over 91% comprised of former staffers.

No polling organization would ever conduct or publish opinion research this way and consider results representative of a larger universe.

The Oxford study was an exercise in mass deception, tarnishing the university and its Internet Institute’s image.

The scientifically invalid study proved nothing but the shame of those behind it.

They falsely claimed that study results “expose(d) and explain(ed) the internal processes of an important instrument of Russia’s information warfare infrastructure (sic),” adding:

(a) gatekeeping processes that begin with assigning the politically-sensitive topics to Russian journalists and ends with an occasional top-down intervention from the state (sic);

(b) the socialization process of journalists that depends on establishing loyalty in the newsroom through monetary incentives and job promotions (sic);

(c) data show(ing) that RT was a far-left organization in the early days (sic) and later changed to adopt far-right ideas (sic);

“Journalists at RT continue to be subject to Soviet-style socialization and self-censoring, through an awareness of the messages that Russian senior editors want to put forward for broadcast (sic).”

“RT is a component of the Russian state’s defense policy (sic).”

“The success of the Russian information warfare depends largely on the network of different sources, including media outlets, social media bots, trolls, and cyberattacks (sic).”

“RT’s organizational behavior would not have been the same without the historical influence of the Soviet media system (sic).”

My view of its on-air and print content is worlds apart from Oxford U’s propaganda — devoid of corroborating facts because none back its accusations and conclusions.

That said, RT is far from perfect. Below is some of what I wrote earlier in an unpublished critique of the news service, saying the following:

Earlier I was a regular guest on RT until blacklisted.

After I was considered persona non grata, RT America invited me on twice, then disinvited me, the producer explaining her invitation was overruled.

I’m not alone on RT’s blacklist. Distinguished active and retired academics, as well as other notable figures I know and admire greatly, no longer show up on its newscasts.

I yield to RT producers to explain why. Are we too hot to handle, too candid on sensitive issues, too critical of Western policies?

Once in a while a distinguished guest is invited on air to discuss a cutting-edge geopolitical issue.

It’s more the exception to the rule than commonplace, the way RT operated years ago when I and others I greatly respect were regulars on air.

Far too often, individuals with little to say worth hearing show up on newscasts.

Too often, reports on lesser issues are featured over cutting-edge ones.

So-called man in the street remarks when aired are worthless.

They only reflect views of individuals asked, not public sentiment, so airing them wastes time, explaining nothing about given topics to viewers.

So-called “debates” when aired too often are unacceptable spitting matches in lieu of news, information, and analysis on vital world issues.

On December 7, 1941, imperial Japan attacked Pearl Harbor early in the morning on Sunday.

If RT was around then, would it have waited until Monday to report what happened?

I don’t follow other RT programs because most of my time is spent researching and writing.

My critique applies only to RT newscasts.

Its broadcasts fall short of what they used to be — too much of its content and most guests invited on to discuss it.

I greatly value hard-hitting, truth-telling straight talk on vital domestic and geopolitical issues of the day — no punches pulled.

RT falls short of this standard.

At the same time, its reporting, along with Sputnik News, Press TV, its online print content, and other Iranian English language websites, is far superior to Western propaganda rubbish.

The latter features everything to sell and nothing to tell.

In backing Biden, the leftist ‘resistance’ to Trump is perpetuating illegal US invasions & wars, & handing victory to the neocons