The U.S. wants to counter China's growing economic and political standing in the world.

The Obama administration had attempted a 'pivot to Asia' by building a low tariff economic zone via the Trans Pacific Partnership (TPP). It would have excluded China. The Trump administration rejected the TPP and withdrew from it. It launched an economic war against China by increasing tariffs on Chinese products, prohibiting high tech supplies to Chinese manufacturers, and by denying Chinese companies access to its market. 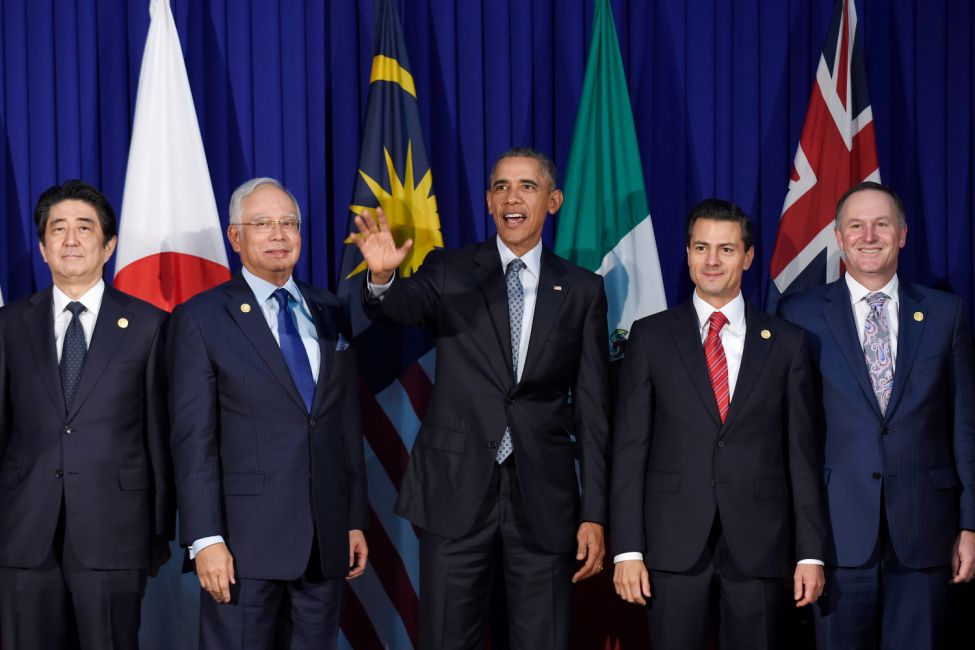 Obama's TPP never really took off. Here he is flanked by regional leaders, the most important representing the Japanese satrapy.

It has also tried to build a military coalition that would help it to threaten China. It revived the 2007-2008 Quadrilateral Security Dialogue and rebranded it as the U.S.-Australia-India-Japan Consultations Quad. The aim was to turn it into an Asian NATO under U.S. command:

The U.S. State Department’s No. 2 diplomat said Monday that Washington was aiming to “formalize” growing strategic ties with India, Japan and Australia in a forum known as “the Quad” — a move experts say is implicitly designed to counter China in the Indo-Pacific region.

“It is a reality that the Indo-Pacific region is actually lacking in strong multilateral structures. They don’t have anything of the fortitude of NATO, or the European Union,” U.S. Deputy Secretary of State Stephen Biegun said in an online seminar on the sidelines of the annual U.S.-India Strategic Partnership Forum.

“There is certainly an invitation there at some point to formalize a structure like this,” he added.

But it turns out that neither Australia nor Japan nor India have any interest in a hard stand towards China. All look to China as an important trade partner. They know that any conflict with it would cost them dearly.

On October 6 Secretary of State Mike Pompeo flew to Tokyo for a meeting with the other foreign ministers of the Quad. He soon found that no one would join him in his militant talk:

In a meeting with foreign ministers from Japan, India and Australia in Tokyo, Secretary of State Mike Pompeo urged on Tuesday that they strengthen their quartet of democracies to resist an increasingly assertive China.
...
If, as it appeared, Pompeo was pushing other members of the Quad to take the U.S. side in a confrontation with China, he did not score any ringing public endorsements, and his remarks clashed with those of his host.

Pompeo aimed straight at the Chinese Communist Party in remarks before the four nations' top diplomats sat down to talk.

"As partners in this Quad, it is more critical now than ever that we collaborate to protect our people and partners from the CCP's exploitation, corruption and coercion," he said.

But Japan's chief government spokesman, Katsunobu Kato, insisted at a press briefing Tuesday: "This Quad meeting is not being held with any particular country in mind."

Australia and India were similarly reluctant to say anything that would potentially offend China.

China cannot be beaten since, unlike the USSR, it is part of the same global society as the US. Look at the sheer spread of the US-China battlefields — global governance, geoeconomics, trade, investment, finance, currency usage, supply chain management, technology standards and systems, scientific collaboration and so on. It speaks of China’s vast global reach. This wasn’t the case with USSR.

Above all, China has no messianic ideology to export and prefers to set a model by virtue of its performance. It is not in the business of instigating regime change in other countries, and actually gets along rather well with democracies.
...
The US created the ASEAN but today no Asian security partner wants to choose between America and China. The ASEAN cannot be repurposed to form a coalition to counter China. Thus, no claimant against China in the South China Sea is prepared to join the US in its naval fracas with China.

China has resources, including money, to offer its partners, whereas, the US budget is in chronic deficit and even routine government operations must now be funded with debt. It needs to find resources needed to keep its human and physical infrastructure at levels competitive with those of China and other great economic powers.

Why on earth should India get entangled in this messy affair whose climax is a foregone conclusion?
...
China has no need to fight wars when it is already winning.

The U.S. also tried to incite its European NATO allies to take a stand against China: 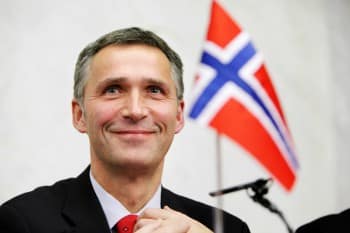 NATO's Jens Stoltenberg continues to distinguish himself for loyal service to the empire. A modern Quisling to Europe and the world.

NATO Secretary-General Jens Stoltenberg warned Saturday that China's increasing influence had created a "fundamental shift in the global balance of power" that should not be overlooked.

In an interview with Germany's Welt am Sonntag newspaper, that was released in advance, the Norwegian official said that Beijing had the second-largest defense budget in the world after the United States, and was investing heavily in nuclear weapons and long-range missiles that could reach Europe.

"One thing is clear: China is coming ever closer to Europe's doorstep," he said. "NATO allies must face this challenge together."

That initiative will sink in Europe just as fast as the Quad initiative has sunk in Asia and for the very same reasons. China is not an ideological or military danger to Europe. It is an economic behemoth and relation with it need to be carefully handled. They require respect and talks and not saber rattling.

China has overtaken the U.S. as the EU's biggest trading partner:

In the first seven months of 2020, China surpassed the United States to become the biggest trading partner of the European Union (EU), said Eurostat, the EU's statistics organisation.
...
The EU's imports from China increased by 4.9 per cent year-on-year in the January-July period, noted Eurostat.

According to the Federal Statistical Office of Germany, the largest economy in the EU, China, Germany's biggest trading partner since 2016, surpassed the United States for the first time in the second quarter of this year to become Germany's largest export market, and Germany's exports to China in July have rebounded almost to last year's level.

It is time for the U.S. to look into a mirror and to awake to reality. It is highly indebted country with a way too expensive but ineffective military. Over the last decades its economic role in the world has continuously declined. The constant militant positions and 'do as we say' attitude has alienated its allies. Without allies the U.S. has no chance of defeating China in any potential conflict.

What the U.S. still could do is to honestly compete with China. But that would require humility, a strong industrial policy and a well paid and competitive work force.

None of that is in sight.

China and US relations in Latin America