Home ABOMINATIONS How Russophobia Wrought Death of the United States

The idiotic memes of Russiagate were accepted by the Democrat-influenced media without questioning, Millions are now convinced that meddling by Russia and China (and now Iran) in America's sacred non-existent democracy is a fact instead of a grotesque and transparent fabrication.

The irrational obsession among the American political class with allegations of Russia being portrayed as a threat to its national security has been around for a long time.

The mentality extends to other designated foreign “enemies” of the U.S. Typically it is a ruling class obsession, not shared innately by most ordinary Americans.

This week saw yet more U.S. intelligence claims of Russian malign interference in American politics (as well as alleged interference from China and Iran). The claims are characteristically hollow and tedious. But this irrational obsession long predates the Trump era. We can go back to the Red Scare years of the Cold War in the 1950s. And even beyond that. 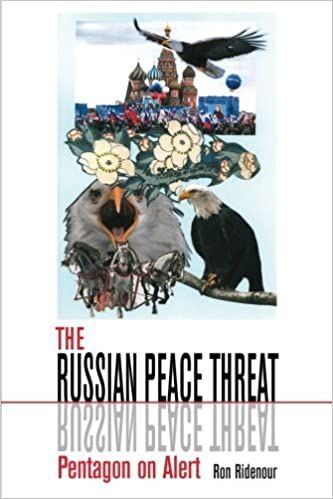 Indeed, as Ron Ridenour contends in his excellent book, The Russian Peace Threat, the American phobia is traced back to the 1917 revolution and the creation of the Soviet Union. The phobia was concealed during the Cold War decades as a seemingly ideological confrontation with communism, but since the Soviet Union dissolved nearly 30 years ago, the American hostility towards Russia has only intensified, not diminished. The supposed confrontation with communism was therefore not the underlying whole rationale.

The explanation has more to do with how American power views all rivals as unacceptable. Other nations are either footstools for U.S. power, in which case they are euphemistically called “allies” or “partners”. Or else they are labelled “enemies” when they don’t allow themselves to be subjugated to Washington’s writ.

Russia and China are the primary examples of how U.S. power demonizes others today. But the alleged threat from both is illusory. The Russophobia and its Chinese version must however be maintained because phobia is the essence of how American imperial power operates. It is a zero-sum mentality demanding complete deference from others or, if failing that, then garnering complete hostility from the U.S.

The surprise election in 2016 of Donald Trump to the White House so disturbed the political class that it was compelled to delegitimize his presidency by alleging that it was due to Russian interference. The relentless and irrational Russophobia to undermine Trump by his domestic political enemies has only transpired to fatally weaken American global power. The political squabbling and infighting has wreaked havoc on the moral authority and legitimacy of American institutions of governance. The legislative government, the presidency, the judiciary, the intelligence apparatus, the legacy media, and so on. Every supposed pillar of American democracy has been eroded over the past four years with alarming speed.

A big part of this precipitous demise is due to Russophobia: the relentless sowing of doubt and confusion in American institutions, primarily the presidency, with insinuations of Russian interference. In their attempts to delegitimize Trump, his domestic enemies among the U.S. establishment have ended up delegitimizing public esteem of American democracy. How paradoxical! America’s own worst enemy turns out to be itself.

According to one recent poll, some two-thirds of Americans believe that the election on November 3 will not be fair. The bickering and vilification over the past four years has ended up leaving the majority of voters with no confidence in their democracy. Russophobia has been a central part of the self-defeating process.

Returning to the Russian “peace threat”, it is a counterintuitive albeit accurate theme. It is not exclusively related to Russia. One could include contemporary U.S. relations with China, Iran, Venezuela, Bolivia, Nicaragua, North Korea and other designated “enemies”. For the greatest danger to American imperial power is the prospect of peaceful international relations. U.S. power relies on capitalist exploitation of the globe’s resources. For this to succeed, the world must be framed in terms of ideological battle zones so that American corporate power can take advantage by demonizing “enemies”. The Cuban revolution of 1959 was immediately targeted by the U.S. as unacceptable because it represented the “threat” of democracy and peace in the rest of Latin America, thus impeding American imperialism.

Likewise, we can cite the Russian revolution of 1917, only that development was on a much greater scale. American and other Western capitalist ruling classes had to kill the Russian “peace threat”. The attack on the Soviet Union began immediately with Western-backed counter-revolutionary war on Russia. The hostility culminated in covert Western support for the rise of Hitler’s Third Reich and the Nazi attack on Soviet Russia. And the U.S.-led Western antagonism continued after World War Two for the five decades of the Cold War, during which the world lived under the shadow of nuclear annihilation.

As noted above, even after the supposed “evil” Soviet Union collapsed in 1991, the U.S. and its Western allies have continued to demonize Russia, even though the latter does not actually pose an ideological or military threat.

The “threat of peace” comes from Russia’s principled position of demanding genuine parity for all nations. Such parity is unacceptable to the United States which through its presumed exceptionalism only adheres to unilateral dominance. The imminent collapse of the New START nuclear arms control accord due to American prevarication in the face of reasonable offers from Russian President Vladimir Putin for extending the treaty is a manifestation of the “threat of peace”.

The forthcoming presidential election is descending into farce with grave implications for civil unrest in the U.S. Central to this farce is the collapse in confidence, trust and respect among Americans for their own democratic process and institutions of government.

Russia, or other foreign powers like China, Iran and so on, have nothing to do with this inherent American implosion. Yet Russophobia is so engrained that this self-inflicted political crisis is blamed on nefarious Russian, and other foreign, plots. Which just goes to show: delusion and paranoia know no bounds.