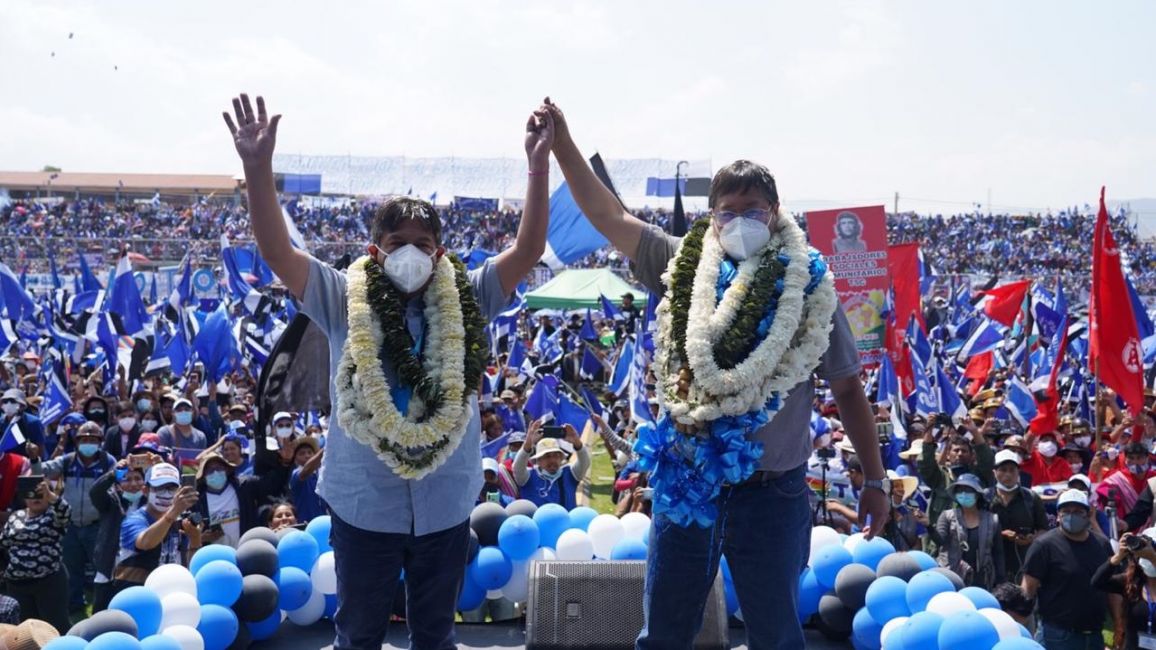 After 11 months of being ruled by a repressive coup-regime, Bolivians have finally recovered democracy. After five days of counting, the official results of the Bolivian presidential elections are finally in. The Movement Towards Socialism’s (MAS) presidential ticket with Luis Arce and David Choquehuanca won 55.1% of the vote share while Carlos Mesa’s Citizen Community party won just 28.83% of the vote share. The MAS also won the parliamentary elections, bagging 73 out of the 130 seats in the lower house of parliament and 21 of the 36 seats in the Senate.

The general elections on Sunday, October 18, were the first since the coup d’état which forced Evo Morales out of office on November 10, 2019. An astonishing 87% of all eligible voters participated in Sunday’s elections. In Bolivia, in order to win the presidential elections in the first round, it is necessary to win over 50% of the vote or over 40% with a 10 point lead over the next candidate. With over 55%, the Arce-Choquehuanca ticket recorded a clear first round victory.

The OAS has already recognized the overwhelming victory of Arce and Choquehuanca but has yet to accept that its claims of fraud last year were false, and that these claims paved the way for the violent coup...

People across Bolivia are celebrating the return to democracy and the end to the rule of the repressive de facto regime. The MAS victory has been saluted by world leaders such as Nicolás Maduro, Alberto Fernández, Andrés Manuel López Obrador and others who provided crucial support to Morales and other members of his government and the party during and following the violent coup. After he was forced to step down, Morales and former vice-president Alvaro García Linera fled to Mexico. Following the inauguration of Alberto Fernández as president of Argentina, they, along with their families, sought asylum there. Other progressive governments in the region, including Venezuela, Cuba and Nicaragua, were also quick to offer support and condemn the coup. However most countries in the region fell in step with the narrative of the Organization of American States and its secretary General Luis Almagro who claimed that Morales and MAS has committed electoral fraud in the elections held on October 20, 2019 and supported the Bolivian far-right’s calls for the annulling of the elections and tacitly, the removal of Morales. 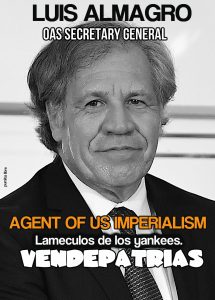 The OAS has already recognized the overwhelming victory of Arce and Choquehuanca but has yet to accept that its claims of fraud last year were false, and that these claims paved the way for the violent coup. 37 Bolivians were killed during the anti-coup protests, over 700 were injured and over one thousand were detained. In addition, there were many reports of torture, sexual violence, and other acts of repression and persecution. In the months after the coup, the claims of fraud by the OAS were debunked by several universities and independent research institutions including MIT.

Sunday’s landslide victory has provided further evidence to disprove the claims of fraud made by the OAS. The Latin American Strategic Center for Geopolitics (CELAG) revised the votes in the 86 precincts where the OAS alleged that fraud had been committed in 2019 and confirmed that the MAS maintained the same voting patterns or increased their numbers. CELAG, along with other organizations such as CODEPINK and Social Movements of ALBA, are calling for Almagro’s immediate resignation for his role in perpetuating the coup in Bolivia.

Some far-right groups in Bolivia have taken to the streets in small numbers in Santa Cruz, Cochabamba and La Paz to protest the alleged electoral fraud committed on Sunday. Their claims are hard to sustain as de facto president Jeanine Áñez and presidential runner-up Carlos Mesa have both recognized the MAS victory and the transparency of the electoral process.

The Movement Towards Socialism is set to achieve a landslide victory in the Bolivian elections that were held on October 18. We speak to Juan Carlos Pinto Quintanilla, sociologist and former director of Citizen Strengthening of the Vice-Presidency of the Plurinational State of Bolivia, on the nature of the turnout and the kind of obstacles the people faced which they overcame to exercise their right to vote. He also talks about the counter-mobilizations of the right-wing and how people in Bolivia are watchful to ensure their mandate is not sabotaged. Cameraperson: Alina Duarte