Home AMERICAN BRAINWASH The Ramblings of a Self-confessed Liar, Cheater, and Thief

November 13, 2020 5 minutes read
Please make sure these dispatches reach as many readers as possible. Share with kin, friends and workmates and ask them to do likewise.

On 10 November 2020, the United States secretary-of-state Mike Pompeo, he of the ill-famed confession “We lied, we cheated, we stole,” spoke at the Ronald Reagan Institute. 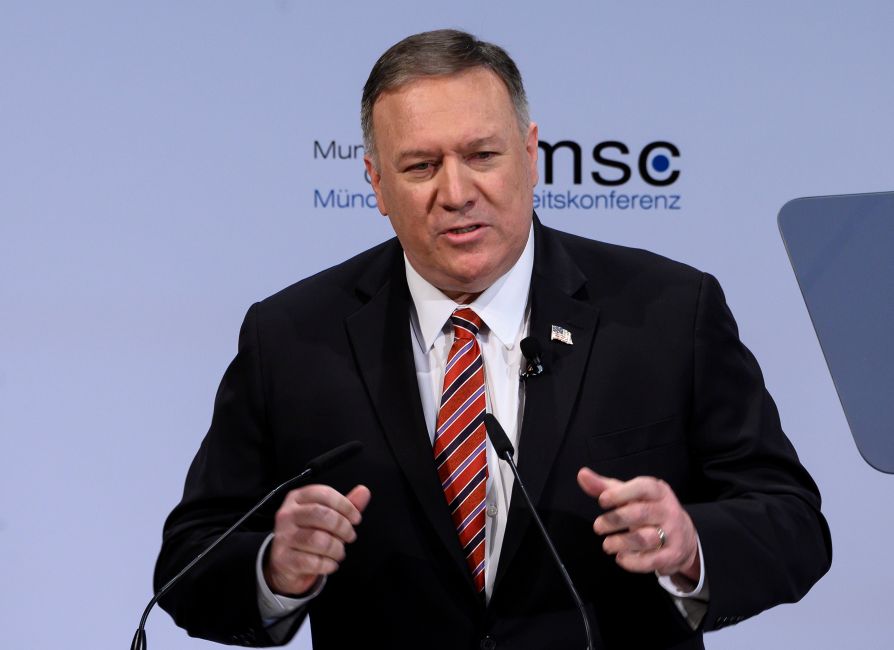 The liar Pompeo can even speak candidly, “I’ve talked about American exceptionalism. I did so in Brussels; I did it in Cairo; I did it in Jakarta, and every opportunity that I’ve had in my public life. Sometimes it was met with a resounding thud as well. I’ve walked out of quiet ward rooms.”

Imagine a US secretary-of-state admitting that people walked out on American exceptionalism.

The cheater Pompeo boasted, “In the Middle East, American strength has replaced leading from behind. We destroyed the caliphate, the ISIS caliphate. We killed Baghdadi and Soleimani, and we have restored substantial deterrence.”

It is a bizarre form of exceptionalism to brag about assassinations carried out by one’s country. The US created Daesh and later killed their associate, the Daesh leader Abu Bakr al-Baghdadi, as well as the major destroyer of Daesh, Iranian major general Qasem Soleimani, commander of its Quds Force.

The colonial-settlers managed to wipe out many Indigenous nations in what is now called the United States, and they later aided European Jews in stealing the land of Indigenous Palestinians. But as the events in Armenia and Azerbaijan indicate, territory conquered in the past can be regained in the future. Sitting on stolen land can be like sitting on a ticking time bomb.

Finally Pompeo got to the crux of his speech where he identified the “foundation for America’s policy towards the world’s number-one threat to freedom today: the Chinese Communist Party.”

Liars, cheaters, and thieves count on their audience to accept their proclamations and not probe into the background of the speaker and the glasshouses in which they reside. Thus Pompeo could smugly assert of China, without an iota of evidence presented:

And it also means no more illegal claims in the South China Sea, no more coercion and co-optation of American businesses, no more consulates used as dens of spies, no more stealing of intellectual property, and no more ignoring fundamental human rights violations. And the party’s atrocities in Xinjiang, Tibet, and elsewhere will not be tolerated.

Is China a paragon of virtue? No. And the US is no paragon of good either. Illegal claims? Do settler-colonialists have a legitimate legal claim to the landmass of the US? To the Hawaiian islands? To Puerto Rico? To Guam? Where is the evidence that US corporations were co-opted or coerced by the Chinese? One hears such claims over and over but never with evidence. Why? Because entry to the Chinese market was conditioned on access to technology, a decision that US corporations could have refused. This is not coercion. That a former CIA head speaks of dens of spies is risible. Theft of intellectual property? And what was the forced sale of China’s social media TikTok in the US supposed to represent? US protesting human rights violations? Like the occupation and oppression of Palestinians by the Jewish state? Like the Muslim holocaust?1 Like the police murders of Blacks in the US? How about the human right to freedom from poverty and to have a roof over one’s head?

Pompeo said, “The fight is between authoritarianism, barbarism on one side and freedom on the other.”

As I wrote recently:

Among other items “proclaimed as the highest aspiration of the common people,” the preamble to the Universal Declaration of Human Rights states that “… human beings shall enjoy freedom … from want.”

The UDHR preamble goes on to state that “fundamental human rights, in the dignity and worth of the human person … have [been] determined to promote social progress and better standards of life in larger freedom.”

China is the country that addresses the fundamental dignity and worth of the human person. The US falls abysmally short of addressing dignity of all citizens. Chinese have freedom from homelessness and poverty. Consequently lying and cheating is required by US politicians to hide their thievery.

China conquered COVID-19 while Americans suffer. Americans are warring in several countries while the Communist Party of China calls for peace. Who are the barbarians? If it is a choice between two countries, it seems an easy choice to make.

Kim Petersen is a former co-editor of the Dissident Voice newsletter. He can be reached at: kimohp@gmail.com. Twitter: @kimpetersen. Read other articles by Kim.
Up to You.

Elections 2020: Everybody Knows the Fight Was Fixed