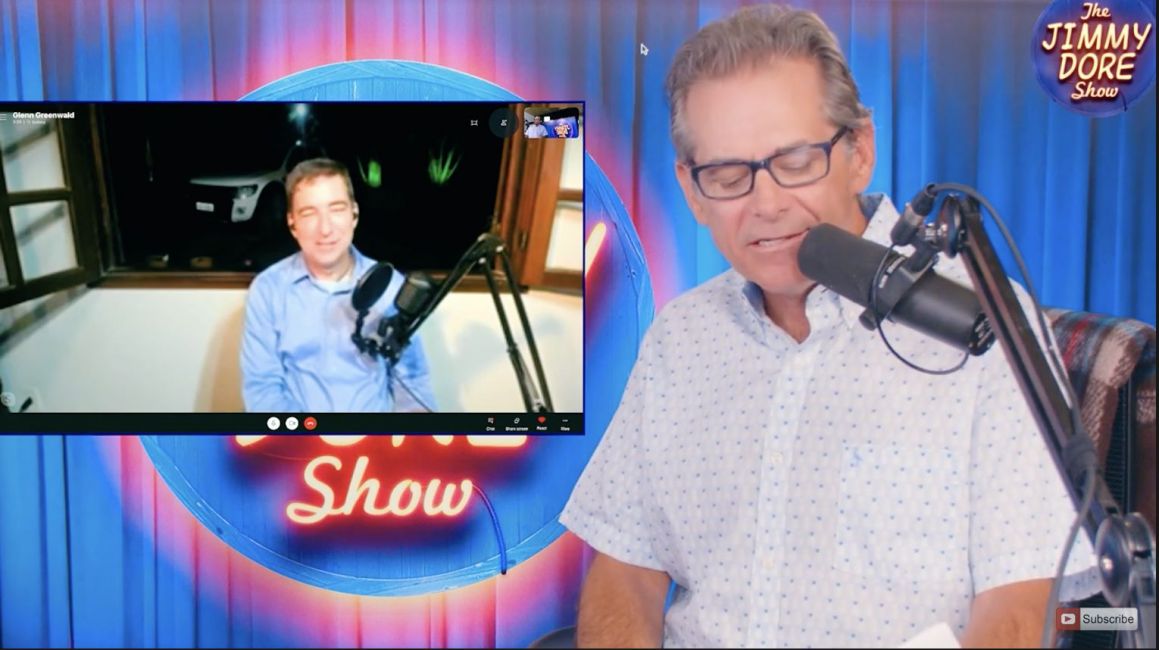 Let's get something straight: As Jimmy and Glenn discuss in these video chats, the rise of Internet censorship —now a bipartisan phenomenon—was initiated primarily by the Democrats and their media shills in their effort to protect the corporate plutocracy they serve—and not so much by the social media owners themselves,  despite the latter's well known libertarian proclivities. The corporate media—notes Glenn—have now literally a legion of trolls patrolling the Internet, their chief task being to call out, shame and denounce genuine progressive voices, wherever they may be found fighting in defense of peace, the rights of oppressed peoples such as Palestinians, or to expose the fake politics and news disseminated by the establishment journos engaged in silencing true dissenting speech. To repeat: This cynical plague exists in all mainstream media now, from the august corridors of the New York Times and CBS, NBC, etc., to CNN, MSNBC, NPR, VOX and the rest of the so-called "respectable media".

The facts set forth in these chats are so important that we urge you to pass them on to kin, friends and workmates, as widely as possible.

Plus, an addendum to remind our audience that the problems with the fake left are not a recent development but go back several years: