Home CHINESE WAY OF LIFE How West, Central and South Asia are interconnecting

How West, Central and South Asia are interconnecting 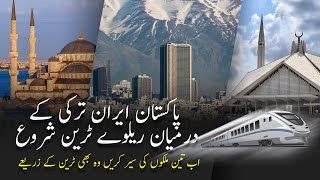 It’s one of those quintessential journeys that make people dream: Istanbul-Tehran-Islamabad by train. Let’s call it ITI.

Soon, in early 2021, ITI will become a reality. But, initially, just as a freight train. The deal was recently sealed at the 10th meeting of the transport and communication ministers of ECO (Economic Cooperation Organization) in Istanbul.

ITI’s official name is actually the ECO Container Train. Trial runs started in 2019. The 6,500 km overland journey should now take 11 days – compared to the roughly 45 days across sealanes for trade between Western Europe and Pakistan.

Some of these players are also members of the Shanghai Cooperation Organization (SCO); some are part of the Eurasia Economic Union (EAEU); and almost all of them are partners to the Belt and Road Initiative (BRI).

They have come up with a ECO Vision 2025 that emphasizes connectivity as a springboard to “social and economic development”, privileging trade, transportation, energy and tourism. ECO seeks to de facto integrate West, Central and South Asia plus the Caucasus. For all practical purposes, ECO straddles most of the New Silk Roads developing across a large part of Eurasia.

The ITI/ECO Container Train will be yet another layer of connectivity running in parallel to the Baku-Tbilisi-Kars (BTK) railway, centered on the Caucasus, and as we have seen in a previous Turkey/New Great Game column, a key plank of Ankara’s trade strategy.

Soon, ITI/ECO will also link with the European rail networks via that 76-km long engineering marvel – the undersea Marmaray railway tunnel in Istanbul. Of course opportunities abound for branching out to parts of the Middle East. By the end of the decade, ITI/ECO may well go high-speed rail – think Chinese investment.

The fascinating counterpoint to the Marmaray undersea tunnel is the Trans-Caspian: the actual connection between the BTK in the Caucasus and Central Asia.

As you can see here , the strategically designed layout of the ports allows instant roll on-roll off from the cargo trains to huge freight ferries.

Iran, for instance, is building a roll on-roll off shipping port in Bandar-e Anzalī on the Caspian Sea – which will be used to export merchandise but also oil and gas transiting via Russia or Kazakhstan, both Caspian nations, and thus bypassing any further blockade imposed by the US. 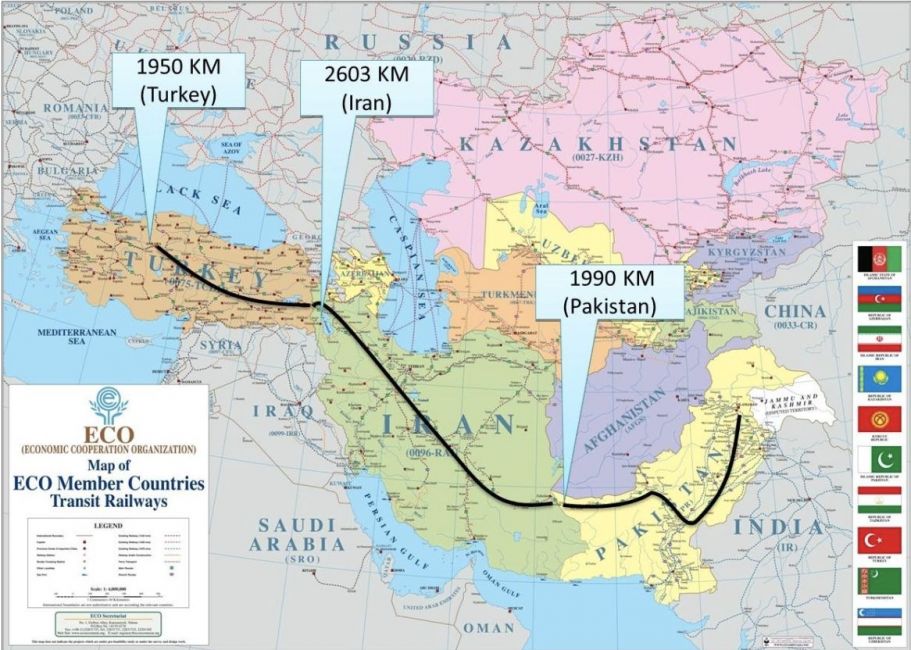 The interlink of ITI/ECO with BTK will solidify yet another important East-West trade corridor. Apart from the northern corridors linking with the Trans-Siberian, every East-West trade corridor across Eurasia goes through Turkey. That gives President Erdogan a wealth of options – as Beijing knows too well. The Xian-Istanbul corridor is as important as the Xian-Kazakhstan-Russia corridor.

Our previous Turkey/New Great Game column provoked serious debate in Istanbul. Political analyst Ceyda Karan remarked Erdogan “has only one card: Turkish geopolitics. He doesn’t care how many soldiers will die in Libya or Syria. He doesn’t care about the Turkish people”.

Esteemed Professor Korkut Boratav, now a nonagenarian eminence in macroeconomics, wondered how I could “ascribe those important roles to our chief”, referencing Erdogan.

Well, it’s all about playing geoeconomics. Erdogan certainly has leveraged his Rolodex across Eurasia, in terms of foreign policy, going no holds barred in the manipulation of all sorts of proxy gangs practicing all manner of extremisms. But ultimately what The Sultan really needs is trade and foreign investment in his battered economy.

So trade connectivity is essential. But the problem always remains his own strategy. Supporting, feeding and weaponizing an army of ISIS/Daesh, Jabhat al-Nusra, and Uighur/Caucasian jihadi proxies is not exactly a sound business strategy.

Erdogan seems to be everywhere – Libya, Azerbaijan, the Turkish-northwest Syrian border. Strategists in Beijing, Moscow, Tehran and Islamabad of course are asking questions: what for, exactly?

There’s no realistic geoeconomic scenario for him to bypass Russia. He may use Azerbaijan as a sort of de luxe messenger between Turkey and Israel – and perhaps, subsequently, profit from Israel’s courtship of Persian Gulf monarchies. After all, as far as allies in the Arab world are concerned, the only player he can really count on is Qatar. Follow the money: Doha by itself won’t finance an economic boom in Turkey.

Silly rumors about the demise of the China-Pakistan Economic Corridor (CPEC) are greatly exaggerated – considering they are a sub-section of American propaganda. CPEC is a complex, very long-term project whose implementation, according to the Chinese timetable, has not even started. 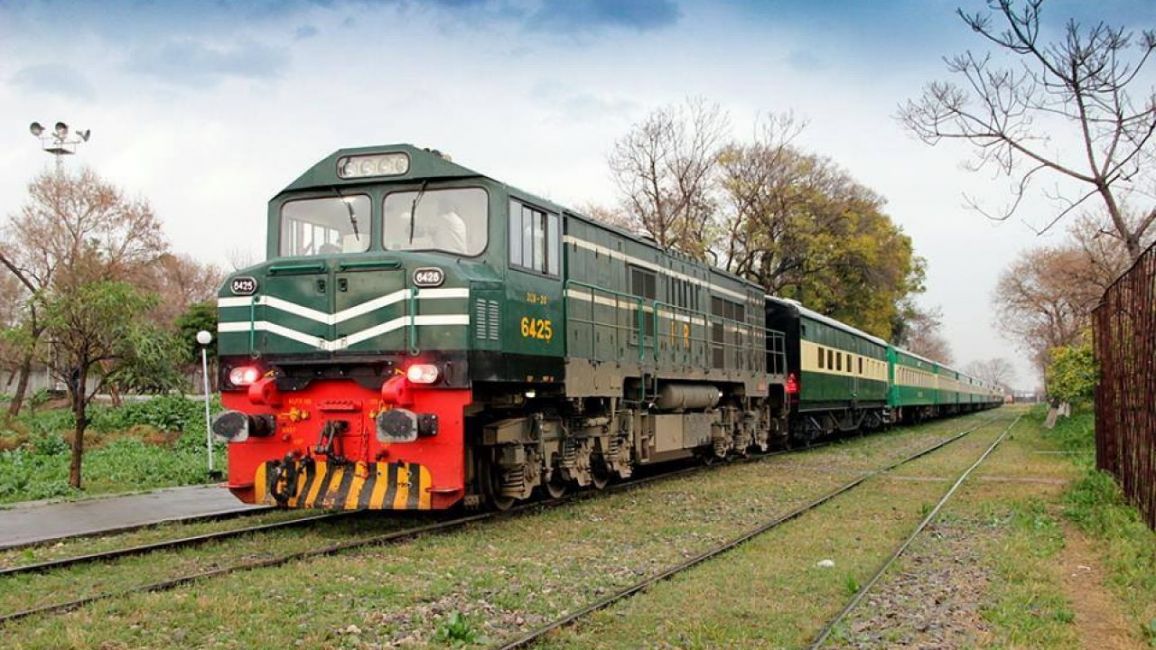 What Islamabad must be aware of is how much sexier, in comparison, is Tehran, when seen with Beijing’s eyes. Pakistan counts mostly on Imran Khan’s efforts. Iran has a wealth of oil, gas, gold and an array of crucial minerals. As India famously shot itself in the back – once again – by de facto abdicating from investing in Chabahar port in Iran, China stepped in. The $400 billion China-Iran deal is way more comprehensive than CPEC, at roughly $64 billion.

Back on the road, the good news is Iran-Pakistan seem to be focused on increasing connectivity. It boggles the mind that until recently there was only one crossing along their 900 km border. Finally they decided to open two more border gateways.

This is hugely important, because the first gateway is in ultra-sensitive Sistan-Balochistan province – constantly susceptible to Salafi-jihadi infiltrators – and only 70 km away from strategic Gwadar port.

As far as tourism goes – what the Chinese describe as “people to people exchange” – that’s an extra dimension, because Pakistanis can now easily cross the border, reach Chabahar, and then go by train to Iran’s holy sites Najaf and Karbala.

Arguably Moscow’s top strategic priority is to decouple the EU from any US/NATO-imposed Dr. Strangelove impulses. So a EU trade alliance with Beijing – now in progress, via their investment treaty – cannot but be a win-win, as it spells out closer European integration with the Eurasian century, driven by China but with Russia, crucially, positioned as the premier security provider.

And as President Putin once again made it clear in his year end’s vows, BRI and the EAEU are increasingly merging.

Quite a few readers have noted that Russia has now achieved the tripartite capacity that Kissinger once declared essential for US strategic leadership: mastery of weapons exports; control of energy flows; and agriculture exports. Not to mention diplomatic finesse – widely respected all across Eurasia and the Global South. 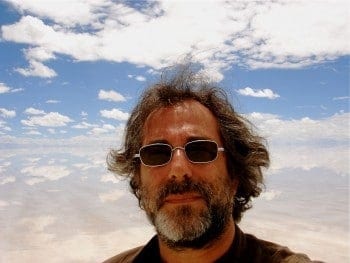 Pepe Escobar is a Brazilian journalist works as an often appears as a commentator on Russia's RT and Iran's Press TV. He writes regularly for Russia's Sputnik News, and previously wrote many opinion pieces for Al Jazeera. Escobar has focused on Central Asia, Russia the Middle East, and Iran since the late 1990s.

What Every True Anti-imperialist Has Experienced: Anti-Communist Propaganda and Psychological Warfare

Michael Hudson [and other economists] on RT CrossTalk...

Michael Hudson [and other economists] on...