Home AMERICAN BRAINWASH What happened to JFK and a Foreign Policy of Peace?

January 26, 2021 8 minutes read
Please make sure these dispatches reach as many readers as possible. Share with kin, friends and workmates and ask them to do likewise. 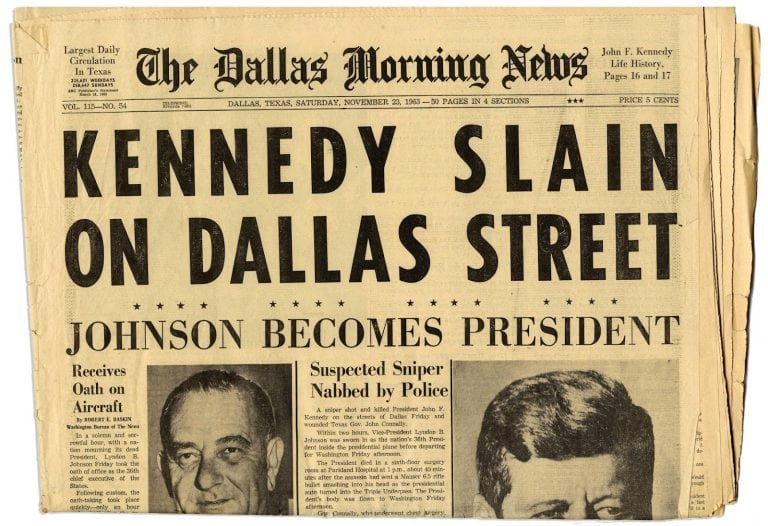 Sixty years ago, John F Kennedy (JFK) was inaugurated as president of the USA. In less than three years, before he was assassinated in November 1963, he initiated major changes in foreign policy.

These foreign policy changes are documented in books such as “JFK and the Unspeakable” (2008) and “Betting on the Africans” (2012). One of the foremost scholars on JFK, James Di Eugenio, has an excellent new article of the Kennedy foreign policy at Covert Action: “Deconstructing JFK: A Coup d’Etat over Foreign Policy?”.  Despite this literature, many people in the West do not realize the extent to which JFK was an exception. This article will briefly review some of the actions he took while alive, and what happened after he was gone.

While JFK was a staunch advocate for capitalism and the “free world”, in competition with the Soviet Union and communism, he promoted acceptance of non-aligned countries and supported nationalist movements in Africa, the Middle East and Third World generally.  In the summer before he was killed, he reached out to the Soviet Union and proposed sweeping changes to promote peace and prevent war.

The previous Eisenhower administration was hostile to post WW2 nationalist movements in Africa, Asia, and the Middle East. In 1953 the CIA supervised the overthrow of Iran’s elected government. They supported the Saudi monarch and undermined the popular Egyptian Nasser. In contrast, Kennedy was sympathetic to the “winds of change” in Africa and beyond. He criticized France’s repression of the Algerian independence movement and was sympathetic to Patrice Lumumba leading the Congo’s independence from Belgium. Kennedy worked with UN Secretary General Dag Hammarskjold to preserve Congo’s independence and try to restore Lumumba to power. The CIA managed to have Patrice Lumumba executed three days before Kennedy’s inauguration.

Under Kennedy, the United States started voting against the European colonial powers in Africa. Kennedy provided tangible aid to Nasser in Egypt. After Kennedy’s death, the US policy returned to support for European powers and CIA intervention. The US supported NATO ally Portugal in its wars in Angola, Mozambique, and Guinea Bissau. The US supported secessionist and tribal forces in the Congo, Angola, Somalia, and many other countries with hugely damaging results. The US supported apartheid South Africa until the end. The US supported the sectarian Muslim Brotherhood against Nasser.

This was also a critical time for Israel Palestine. JFK was more objective and balanced that most US politicians. Just 22 years old in 1939, Kennedy visited Palestine and wrote his observations / analysis in a 4 page letter to his father. He is thoughtful and recognizes the Palestinian perspective. He speaks of the “unfortunately arrogant, uncompromising attitude” of some Jewish leaders. In May 2019, more documents were released from the National Security Archives. They show that JFK, as president, was intent on stopping Israel from surreptitiously building a nuclear weapon. In a letter to the new Israeli Prime Minister Eshkol, Kennedy gives a diplomatic ultimatum that US support of Israel will be “seriously jeopardized” if Israel did not comply with inspection visits to the Israel’s nuclear facility at Dimona. After JFK’s death, the Johnson administration was submissive to Israel and pro-Israel supporters. Johnson showed the ultimate political subservience by preventing the rescue and hiding Israeli treachery regarding the USS Liberty. The Israeli attack killed 34 and injured 172 US sailors. Would Israel have had the arrogance and chutzpah to do this if Kennedy had been in the White House? Unlikely.

The invasion of Cuba at the Bay of Pigs took place just three months after Kennedy took office. The CIA and generals expected Kennedy to provide US air support for the anti-Castro attackers. Kennedy said no and resolved to get rid of the long-standing CIA Director who had managed the operation. Allen Dulles and two Deputy Directors were forced to resign by the end of the year. The Pentagon, CIA and anti-Castro Cubans were furious at JFK. When the Soviet Union sent nuclear capable missiles to Cuba, the hawks demanded that the US attack. Kennedy opposed this and ended up negotiating an agreement whereby the US removed its nuclear missiles in Turkey as Soviet nuclear missiles were removed from Cuba.

Indonesia is the most populous Muslim country with vast natural resources and strategic location. President Sukarno led the country to independence and was a leader in the global Non-Aligned Movement seeking a middle ground between the poles of the USA and Soviet Union. The Eisenhower/Dulles administration tried to overthrow Sukarno. In contrast, JFK changed the policy from hostility to friendship. Sukarno invited JFK to visit the country and the invitation was accepted. Following JFK’s assassination, the policy returned to hostility and just two years later, in 1965, the US engineered a coup leading to the murder of about half a million Indonesian citizens suspected of being communist.

JFK visited Vietnam in 1951 as the French colonial powers were trying to assert their control. He saw the situation as 400,000 French soldiers were losing to the Vietnamese nationalist movement. Thus, when he became president, he was skeptical of the prospects. President Kennedy authorized an increase of US military advisers but never sent combat troops. As the situation deteriorated, JFK finally decided the policy was wrong. In October 1963 Kennedy issued National Security Action Memorandum 263 directing US withdrawal to begin in December and be completed by the end of 1965. After JFK’s death, President Johnson reversed course and began sending massive numbers of US soldiers to Vietnam. Twelve years later, after 58,000 American and about two million Vietnamese deaths, the US military departed Vietnam.

The Soviet Union was the largest communist country and primary challenger to the US and capitalist system. The Cold War included mutual recriminations and a huge amount of military spending as both sides designed and produced ever more hydrogen bombs, air and sea delivery systems. During the Cuba crisis, Kennedy and Soviet Premier Khruschev both realized how dangerous the situation was. Nuclear war could have accidentally or intentionally begun. In June1963, JFK delivered the commencement address at American University. It was probably his most important speech yet is little known. JFK called for a dramatic change in US posture, from confrontation to mutual acceptance. He called for re-examination of US attitudes toward peace, the Soviet Union, the Cold War and peace and freedom within the USA itself. He called for a special communication line between Washington and Moscow to allow direct communications between the two leaders. And then Kennedy declared that the US would end nuclear testing as a first step toward general and complete disarmament.

In the last months before his death, JFK opened secret communications with Soviet Premier Khruschev and used a journalist to communicate directly with Fidel Castro. JFK proposed face-to-face talks aimed at reconciliation with Cuba.

Kennedy’s initiatives toward reconciliation and peace were opposed by the CIA and militarist elements in the government. As reported in the NY Times, Kennedy privately told one of his highest officials he “wanted to splinter the CIA in a thousand pieces and scatter it to the winds”. Before that could happen, JFK was assassinated, and his policy changes reversed.

From Moscow to Cairo to Jakarta, Kennedy’s death was met with shock and mourning. Leaders in those countries sensed what the assassination meant.

The day after JFK’s funeral, President Johnson supplanted Kennedy’s planned withdrawal from Viet Nam with National Security Action Memorandum 273. This resulted in 12 years of aggression and bloodshed in southeast Asia. Coups were carried out in the Dominican Republic and Indonesia. US resumed support for South African apartheid and Portuguese colonial wars. Assassination attempts on Fidel Castro escalated while military coups took place in numerous Latin American countries. In the Middle East, the US solidified support for Israel and Saudi Arabia.

The author of “JFK and the Unspeakable”, Jim Douglas, writes “President Kennedy’s courageous turn from global war to a strategy of peace provides the why of his assassination. Because he turned toward peace with our enemies, the Communists, he found himself at odds with his own national security state.”

Rick Sterling is a journalist based in the SF Bay Area. He can be reached at rsterling1@protonmail.com [/su_panel]
Up to You.