January 27, 2021 11 minutes read
Please make sure these dispatches reach as many readers as possible. Share with kin, friends and workmates and ask them to do likewise.

by Ramin Mazaheri and cross-posted with The Saker

Much ink could be spilled about the upcoming, and second, Senate impeachment trial of Donald Trump, but that would be a waste of ink - the trial has nothing to do with social justice or patriotism and everything to do with aggravating political divisions for elites’ gain. 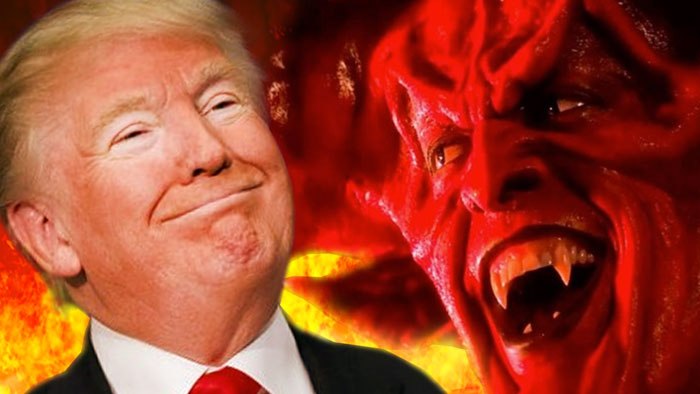 If the dishonesty continues, pretty soon Trump will be used in librul homes to scare little children.

We could say it’s just “politics as usual”, but only if: the “True Rate of Unemployment” wasn’t pushing 30%, even per Politico; 2020 didn’t witness the biggest annual rise in the US poverty rate since the 1960s; America didn’t just have its most disputed election in anyone’s memory; there weren’t armed soldiers protecting politicians nationwide, or, according to nearly 40% of the country, there weren’t armed soldiers making sure politicians are illegitimately installed in the White House. In the US right now politics are not usual, whatsoever.

In an already-catastrophic 2021 the Senate is not the place for a show trial, but Trump’s second impeachment is obviously only for show because there is no chance 67 Senators - a supermajority - will vote in favor of conviction. Many readers may believe I just made a premature prognostication, but you have been purposely misled:

It is incredibly bad journalism the way the US Mainstream Media endlessly overplays the number of Republican defectors against Trump - they get way, way too much press, and of course it’s because they don’t want to admit Trump has any grassroots support (which is not from neo-Nazis). One might have easily imagined that scores of House Republicans were about to vote in favor of Trump’s impeachment, yet only 10 out of 211 did (5%). To give one mainstream example, it was totally misleading of the Los Angeles Times to write that a “bipartisan House majority voted to charge him” after the House’s January 13 vote, and in their lede paragraph, no less, and to even mention the 10 Republicans in their headline. Trump remains the most popular Republican by leaps and bounds - there is no way 17 of 50 Republican senators will end their re-election chances just to appease a Never Trumper movement which only won the general election by a  51-47 margin. Trump’s first Senate trial was a landslide - by supermajority standards - for “not guilty”: 52-48 in favor of Trump.

Given the assurance of acquittal (again) we should ask who benefits from this second trial, and who does not benefit?

Obviously, the enormous mass of everyday Americans will see no benefit from the trial, and I listed just a few of the once-in-a-century reasons why they have more pressing concerns. It is never declared in the US media that the US public has no real appetite for the Senate trial - they need and want the governors of the nation to govern, and right now.

The only way Americans could possibly be convinced that the nation needs to shut down Congress for weeks with a trial whose conclusion is not in doubt is via constant Mainstream Media talking heads shrieking about its necessity, and with the very same fervor that they were shrieking that Russia stole the 2016 election. This is fake-news, too, and it certainly takes airtime away from discussing things like the “True Rate of Unemployment”.

The only people among average Americans who insist that seeing ex-president Trump in the dock is more pressing than resolving the multiple areas of socioeconomic disaster are the most bloodthirsty and rabid of the Never Trumpers. How can one easily switch off four years of demonisation? Answer: many simply are psychologically unable to move on, and even though they got what they want - Trump is out of the White House. But while these people - generally upper- and upper-middle class persons who are not very touched by the economic crisis - are loudly obnoxious they are not in actual control of the levers of power.

It’s primarily the nation’s elite-level politicians who really want to make America’s Marianas Trench-depth cultural-political divide even deeper, but not for the reasons one may think.

Many Congressional Democrats are no doubt embarrassed and vengeful over having been turned into cowering, world’s fanciest gas mask-wearing deserters on January 6 - these people control the legislative docket and they want Trump to look afraid now. That would be a self-centered and over-emotional reaction, but why should we ascribe self-sacrifice for the well-being of the nation among the virtues of Congressional Democrats?

The Capitol Hill protest did make many Democrats even more dead-set on getting Trump out: Despite being elected president once and narrowly winning re-election - or rather, precisely because of this electoral success - Democrats want to try and ensure that Trump cannot run in 2024, and a Senate conviction would bar Trump from ever holding public office again. Again, they are deluded by endless MSM spin if they think they have a realistic chance of turning so many Republicans.

Those are two plausible motivations for the Senate trial, but they are not sufficiently convincing.

How elite Democrats gain from a trial, but America loses (unless a 3rd party truly sprouts)

There seem to be so many tiny groups which gain in the many instances where one reads “but America loses”? Thirty million Americans file for unemployment in 2020 - the S&P 500 gains $14 trillion in value over the same timeframe (up 16% annually). Four hundred thousand Americans die from coronavirus - the first vaccine announced only two days after Joe Biden prematurely declares victory, allowing Biden to change the media focus from his divisive and promise-backtracking early declaration.

By forcing a trial in the Senate Democrats seem to think they can win big by playing “divide and conquer” or even just “divide and divide”.

In the latter scenario Democrats certainly gain by forcing Congressional Republicans to openly divide themselves into pro- and anti-Trump factions, which will necessarily be revealed during the Senate vote on the 2nd impeachment. That vote will be like the 2003 Iraq War vote for Democrats (but only if we falsely imagine today’s Democrats to actually be an anti-war party anymore). If nothing else is gained for elite Democrats - who happily watched households crumble and workers go hungry until after Biden’s election to finally become willing to negotiate a second, paltry household stimulus - a Republican Party distracted by squabbles, and thus open to being bought into defection on certain key votes, is enough reason to waste everyone’s time with a Senate show trial.

The “divide and conquer” scenario is more worrying for national health, because the pro-War Democratic Party does like to conquer human beings: There are incredibly shocking efforts to blacklist, censor and seemingly criminalise Trump supporters. By forcing Trump’s Congressional supporters into the open Democrats will know exactly where to set their stigmatising sights. I cannot believe that Democrats are going to lead a multi-month, much less multi-year, “Trumperphobia” campaign, but I also couldn’t believe the 2016 Russophobia campaign lasted until even after the 2019 Mueller Report’s exoneration of Russia. Is it possible that Democrats are going to persist in their anti-Trumper cultural pogrom for years rather than honestly discuss America’s decline?

But the main question is: How deep is the American duopoly? Answer: the deepest and oldest in the world.

What if Democrats are actually trying to create a Republican Party division into two parties, with the Trumper faction defecting to a new “Patriot” or “America First” party? That would end the need for Democratic legislative majorities - all they’d need is a plurality (as in every other modern democracy).

Is it possible that Trump will actually undo America’s awful legislative duopoly and bring in a multi-party system? Like most good things Trump has done, this boon would be an unintended consequence of Trump’s actual political agenda.

Are Democrats looking to end the two-party system by giving Trumpers a clear indication that they can either organise, drop out or get persecuted by the US system? Are anti-Trump Republicans daft enough to think that the Republican Party will stay Reaganite forever, even after Reaganites allowed the Great Financial Crisis to mushroom into the Great Recession for so many of their voters?

But Democrats are US politicians, after all - they cannot think long-term, and they openly admit they spend 2/3rds of their working hours focused on getting campaign money for their re-election - and so they really don’t know what they are doing, or even care about the medium- and long-term consequences of their actions. The Senate trial of Trump is useless theatre, but who knows what these professional actors really feel or if they even feel anything at all? If they feel anything it is for their supporters and “work family”, which can be found on Wall Street and not Main Street.

Just as the January 6th protest was improvised and not the start of a long-term “Occupy Capitol Hill” movement - it had none of the determination and planning of Egypt’s Tahrir Square” (in a nod to this week’s 10th anniversary of that wonderful progressive movement, which was repeatedly sabotaged by Washington and Tel Aviv and their Egyptian compradors). Democrats are now improvising a way to keep inflicting opprobrium, censorship and maybe even criminal convictions on the odious - yet quite popular and taboo-breaking - Trump. Just like in 2016: anything to keep from discussing the real roots of any sort of “drain the Swamp” political feeling and America’s undeniable decline.

Elite Democrats don’t have Russia to kick around anymore, let’s remember - all they have is Trump and his 74 million supporters. Kick them too much and Democrats might break their own precious duopoly.

Dispatches from the United States after the presidential election

[post-views]
About the author
RAMIN MAZAHERI, Senior Correspondent & Contributing Editor, Dispatch from Paris •  Mazaheri is the chief correspondent in Paris for Press TV and has lived in France since 2009. He has been a daily newspaper reporter in the US, and has reported from Iran, Cuba, Egypt, Tunisia, South Korea and elsewhere. He is the author of I’ll Ruin Everything You Are: Ending Western Propaganda on Red China. His work has also appeared in various journals, magazines and websites, as well as on radio and television. He can be reached on Facebook.
Up to You.

ALL CAPTIONS & PULLQUOTES BY THE EDITORS, NOT THE AUTHORS