Help us break the corporate media monopoly before it kills us all. The ruling oligarchy depends on its disinformation machine to maintain its power. Please consider a donation today!]

“Ah, mon cher, for anyone who is alone, without God and without a master, the weight of days is dreadful.  Hence one must choose a master, God being out of style.”    – Albert Camus, The Fall

Propagandists are smart people. They begin their devious machinations with the premise that people need to believe in something rather than remaining suspended in doubt or forced to accept the existential courage of despair that leaves them temporarily lost and without answers or masters, suffering from free-floating anxiety. 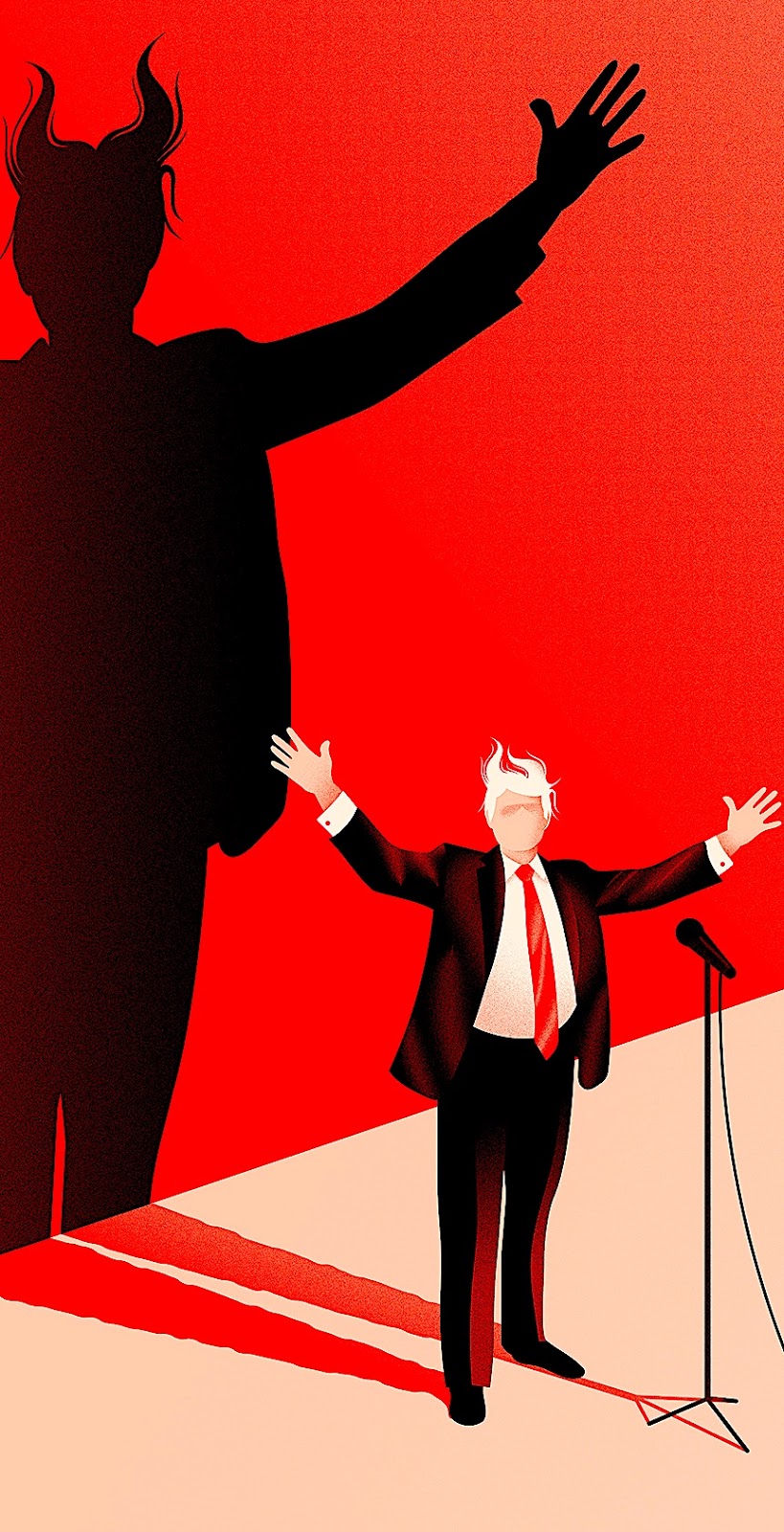 Propagandists are like Mr. Death.  They know people are afraid of death and aloneness and so use that fear to manipulate them into believing their cover stories for comfort.

Propagandists are like the Candy Man, handing out fictive life savers to the shipwrecked desperadoes willing to grasp on to anything even if it has a big hole in its center.

Propagandists take this need for belief and use it to create different scenarios that they develop into full-scale social theater pieces that will give the public various options to believe, all of which are meant to satisfy the public’s yearning for something rather than nothing but which conceal the truth.

Facts don’t matter with these offerings since they are completely illusory narratives.

These staged plays usually contain their opposites; one can choose what has already been chosen for one, even seemingly contradictory scripts with opposing roles. Seemingly is the relevant word, for the opposites are not opposites but counterparts, flip sides of the same coin. But each choice is a choice of belief that satisfies the need to believe no matter how unbelievable. It’s the coin that’s counterfeit.

For the propagandists, facts are fictions used to entice the audience into double-binds so entrancing that there is no exit.  Or so they hope.

The French sociologist Jacques Ellul put it this way in his classic book Propaganda: The Formation of Men’s Attitudes:

For no citizen will believe he is unable to have opinions.  Public opinion surveys always reveal that people have opinions even on the most complicated questions, except for a small minority (usually the most informed and those who have reflected most).  The majority prefers expressing stupidities to not expressing any opinion: this gives them the feeling of participation.  For they need simple thoughts, elementary explanations, a ‘key’ that will permit them to take a position, and even ready-made opinions.  As most people have the desire and at the same time the incapacity to participate [except to vote for and support  pre-selected candidates], they are ready to accept a propaganda that will permit them to participate, and which hides their incapacity beneath explanations, judgments, and news, enabling them to satisfy their desire without eliminating their incompetence….He realizes that he depends on decisions over which he has no control, and that realization drives him to despair.  Man cannot stay in this situation too long.  He needs an ideological veil to cover the harsh reality, some consolation, a raison d’être, a sense of values.  And only propaganda offers him a remedy for a basically intolerable situation.

Thus the need to choose a master, a prefabricated demigod. It is why the American presidents are presented and accepted by their followers as minor divinities. Yes, it is a civil religion, and yes, people will vehemently deny that they revere these figureheads.  But those denials ring false, as recent history and the pageantry associated with the installation of these demigods will attest.

Barack Obama was considered by his followers and many others like a prayer come true, a black messiah come to redeem the country from its racist past and evil war-making deeds of his Muslim-hating, war-mongering predecessor George W. Bush.  That Obama then waged war on seven Muslim countries didn’t matter to his congregation. Not in the slightest. They revered him as strongly as they had denounced  Bush, the black-hatted white demon to their white-hatted black god,  for the western movie template underlies these political theater pieces. Obama was a dream come true and the dream factory went into overdrive. As the priestess Madonna prophesied with Like A Prayer in 1989:

Just like a dream
You are not what you seem
Just like a prayer, no choice
Your voice can take me there

Then the orange-halo-headed Trump was paraded in.  To his followers he was the savior who would re-redeem the country from the devilish divinity Obama, the false prophet.  He would drain the swamp. Desperate middle-Americans revered this NYC real-estate tycoon and reality TV star who for years was nothing but a running joke among those who actually knew who he was.  It didn’t matter to his congregation.  Not in the slightest. That he gave to the rich and screwed the middle-class and the poor, increased the military budget, waged secretive wars via drones and private mercenaries didn’t matter a bit.  He was a religious figure. To Hillary Clinton’s and Obama’s acolytes, he was Satan himself, and for four years the anti-pageant play was presented by the corporate mainstream media to exorbitant box office receipts and ratings. God and Satan fought in the ring for the ultimate fighting championship.

Now Joseph Biden – just as Ronald Reagan, another acting president, had the coffee brewing for “Morning in America” – is greeted by the same media filmmakers as the latest savior, an aging but still virile demi-god who will usher in “a new day” in America.  The pageantry surrounding his recent virtual inaugural, like all inaugurals, was a religious ceremony choreographed within an ironic circle of 20,000-armed palace guards and barbed wire fencing protecting the erection of the new king, one who, like Oedipus in Sophocles’ tragedy, is presented as the savior who will defeat the viral plague attacking the new Thebes.  Unlike Oedipus, however, one can be assured that Biden will not seek to discover the murderer of Laius  (JFK), the former king, whose assassination resulted in the plague devastating the country.  Oedipus’s search for the truth didn’t end well, and Biden’s long insider career bodes well for no truth-seeking.  And like his predecessors’ inaugural ceremonies, this one featured cultural idols such as Hunger Games Lady Gaga, Madonna 2.0, promoting herself as befits idols, and  Bruce Springsteen offering his evenings “small prayer for our country” – Land of Hopes and Dreams:

Grab your ticket and your suitcase
Thunder’s rollin’ down this track
Well, you don’t know where you’re goin’ now
But you know you won’t be back….

No, we won’t be back, unless you think Biden’s slogan – “Build Back Better” – which is also the slogan of the world’s rulings elites, means what it says.  Perhaps then your faith will be rewarded.

I’ll go with George Carlin when he said that to believe in the American Dream you have to be asleep.

My faith is that the corporate mass media hypnotists who work for the owners of the country will continue to pump out their religious spectacles and that the various congregations will support their masters as always. The will to believe runs very deep and hand-in-glove with the propaganda. Life’s hard and it’s tough to be without a master.  “Men don’t become slaves out of mere calculating self-interest,” writes Ernest Becker in The Denial of Death, “the slavishness is in the soul, as Gorky complained.”

Propagandists’ ability to mesmerize the faithful has increase exponentially as the technological life has increased and been promoted as de rigueur.  This on-line life is propagated as a new religion whose embrace is said to be inevitable and whose faith one must accept as the missionaries for its miraculous nature spread the word far and wide. 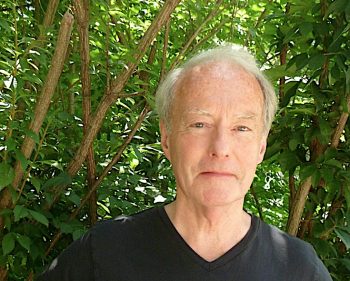 Educated in the classics, philosophy, literature, theology, and sociology, Edward Curtin is a former professor of sociology at Massachusetts College of Liberal Arts. His career has been deeply informed by playing basketball where, as a point-guard, he learned to see the whole court. A former newspaper columnist for The Berkshire Eagle, his writing on a wide range of topics and in multifarious styles has appeared widely in magazines, newspapers, scholarly journals, and online over many years. Born in the Bronx, he now lives in the hills of western Massachusetts where he likes to get lost while walking.
Up to You.