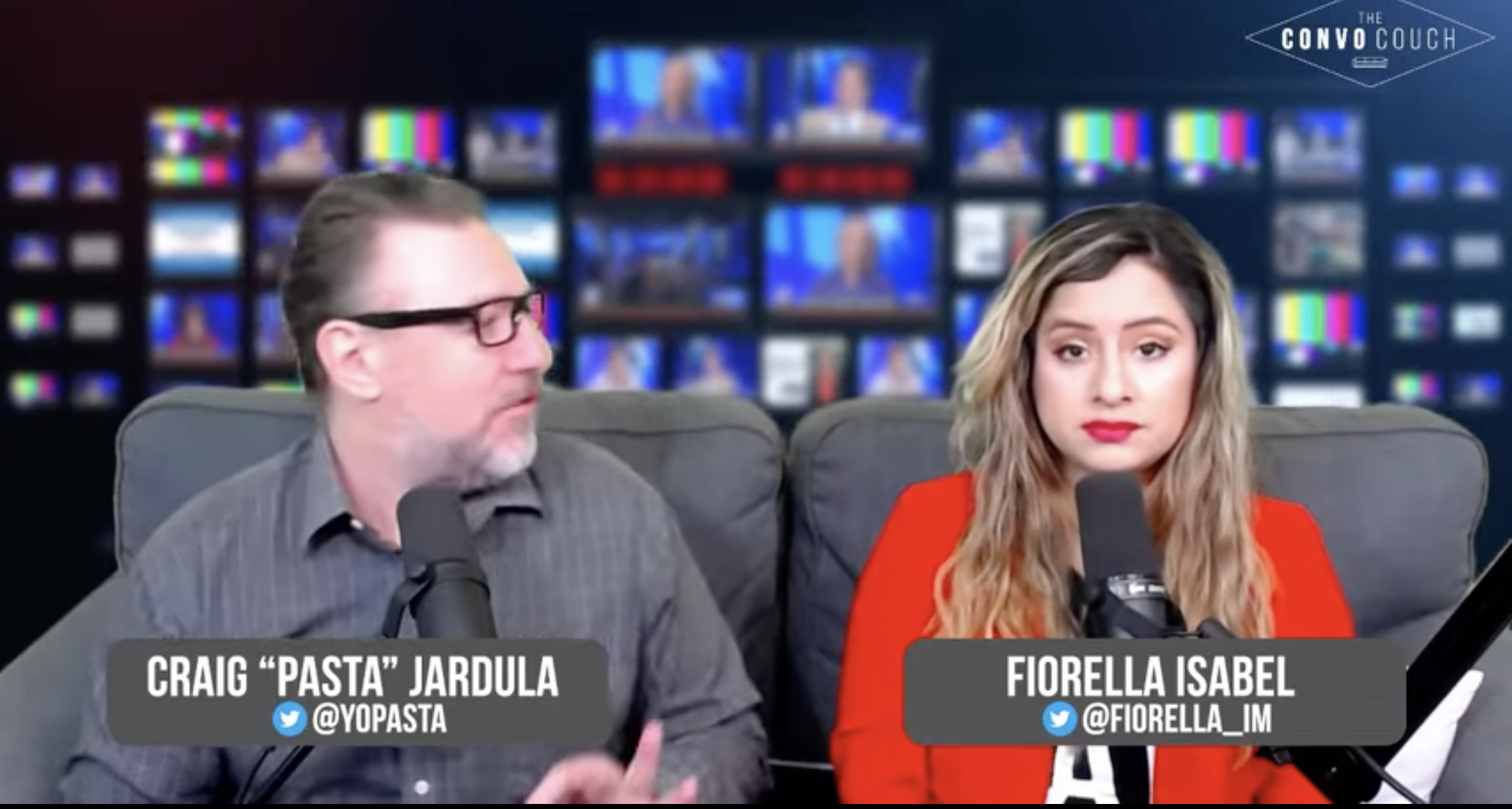 Craig "Pasta" Jardula and Fiorella Isabel are the unique members of The Convo Couch, one of YouTube's most valuable leftist discussion programs. Pasta and Fiorella are serious journalists, the precise opposite of the overpaid disinformers crawling all over the fetid, gigantic carcass of a decomposing corporate media. They zero in on issues that matter—like election integrity, for one (which also happens to be a "signature" issue for them)—and they are irrepressible in pointing out what needs to be seen and heard in other areas of social and foreign policy. So now of course, as many expected, YouTube—a de facto fascistic organization— has arbitrarily demonitised them, knowing quite well that that simple move could spell the end or a huge dislocation for their journalistic career. Crippling (or worse, killing) this  program is a blow to the public's ability to know the truth about a cluster of crises determining the course of history at this juncture.  We could say shame on YouTube, and your ilk, but that would be dishonest on our part. We know who we are dealing with, ruling class sociopaths trying to protect their power base by retaining control over their eroding and scandalously deceptive narrative. With people like that, shame has never played a role in deterring lowdown, underhanded behaviour. It's what they are, what they do. So we perfectly understand why "Pasta" and Fiorella are royally pissed off. They should be, they deserve to be. We just want them to know that they have the support of the people—for whom they so often speak—and that nothing, certainly not this disgusting and blatant show of corporate arrogance, obviously endorsed by the Biden administration and applauded by many idiot liberals and other members of the "synthetic left", should interrupt their work. Meantime, we ask our audience to make a note: The Convo Couch has taken refuge at ROFKIN.COM, an exciting new venue that promises complete editorial freedom. What's more, other internet platforms are on the horizon to contest the stifling monopoly of access exercised by the current reigning social media giants. They may soon find that censorship simply accelerated their downfall.—PG
—PG

Election in Ecuador promises to kick Washington stooge out of office