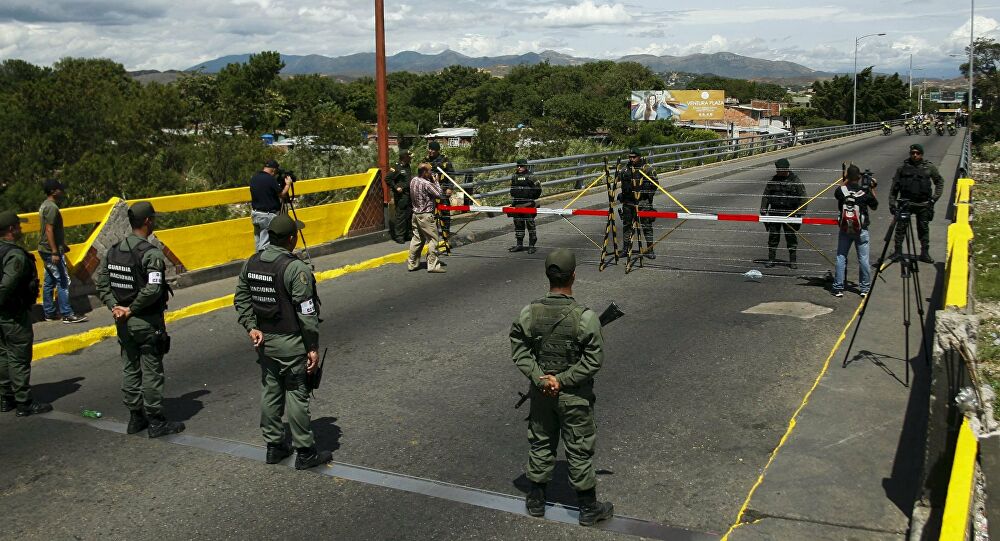 Confrontation at the border with Colombia: Instigated by Washington's vassals in Colombia and Spain. (Sputnik)

Terrorists are using strongholds in Colombia and Spain to prepare attacks against Venezuela, and the Spanish government is doing nothing to stop it, President Nicolas Maduro has alleged.

“From Colombia, from the Casa de Narino [the official presidential residence] a permanent conspiracy exists to attack Venezuela, to carry out terrorist attacks…These and other attacks are planned from Spain, but the Spanish government plays deaf, mute and crazy”, Maduro said in a speech broadcast by national television.

Accusing Madrid of protecting Leopoldo Lopez, a Venezuelan opposition figure and fugitive who is wanted in his home country for criminal association and public incitement to violence, Maduro suggested that “it would be very easy for Spanish intelligence to investigate all the complaints and evidence that the National Assembly has provided [against Lopez]. It would be simple because the technical and investigative capabilities of Spain’s police are very strong, but they don’t want to do this, and protect a terrorist”.

Maduro recalled Lopez’s alleged role in organising Operation Gideon, the brazen May 2020 mercenary plot to kidnap the president and take him to the US for prosecution on trumped-up drug charges, from the Spanish Embassy in Caracas, and pointed to the Colombian National Intelligence Directorate’s alleged involvement in the preparation and financing of the plot.

“What is the Government of Spain going to do? Are they going to be complicit in these terrorist plans and threats that are supported, organised and financed from Madrid?” Maduro asked.

The Venezuelan president went on to accuse Colombian President Ivan Duque of maintaining “camps of terrorist mercenaries” used to attack Venezuela. “How far are they going to go? Perhaps there is no one to control Ivan Duque – where is Congress? Where is the Prosecutor’s Office?” he asked. 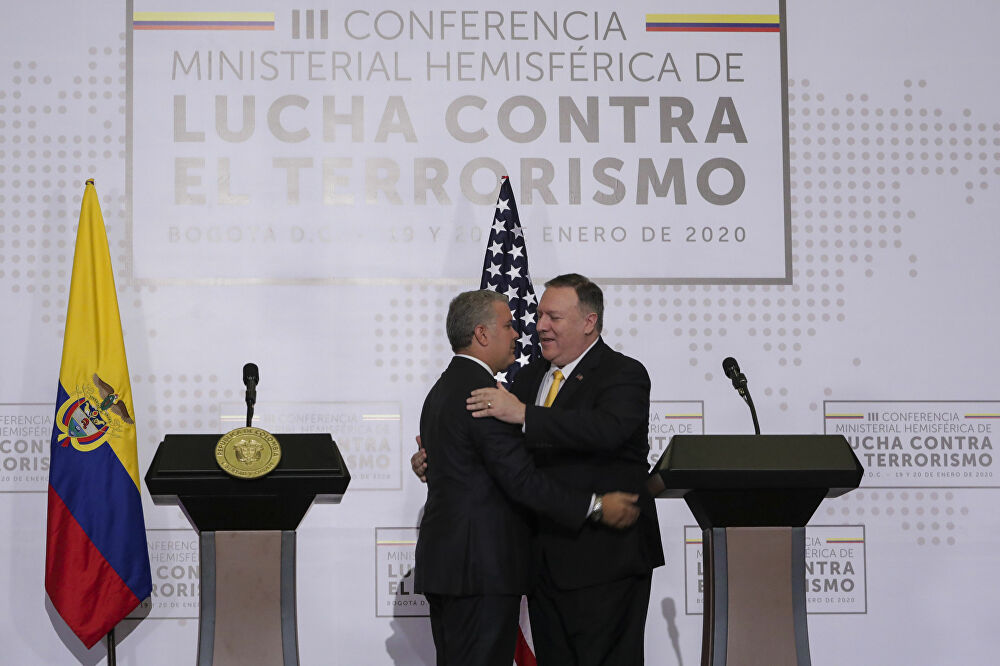 Duque embracing the criminal Mike Pompeo. Latin American puppet politicians doing the bidding of corrupt local oligarchies in cahoots with Washington have long been the bane of the continent.

On Friday, Venezuelan National Assembly President Jorge Rodriguez presented what he said was evidence of a plot to blow up the legislature while it was in session. The bombing, reportedly planned with the help of a CIA agent in Colombia, was reportedly scheduled to take place on 26 January, but was foiled by Venezuelan security services. Rodriguez said that Lopez and Guaido were involved in the plot.

Last Tuesday, Colombian President Ivan Duque urged international organisations, including the Organisation of American States and the Lima Group, to continue the “diplomatic siege” of Venezuela, comparing Nicolas Maduro to former Yugoslav President Slobodan Milosevic and calling him a “criminal against humanity”.

Last Tuesday, the US Treasury’s Office of Foreign Assets Control greenlit certain transactions necessary for port and airport operations in Venezuela, modifying the terms of two executive orders issued by former US President Donald Trump targeting assets held by the Venezuelan government, President Maduro, or anyone affiliated with the government or president. The Biden administration continues to recognise Guaido as Venezuela’s president.

Washington’s recognition of Guaido has been complemented by sanctions, trade restrictions, and the seizure of tens of billions of dollars’ worth of Venezuelan assets abroad. The restrictions have led to serious hardships for the Venezuelan population, including shortages of goods and medical supplies, but have failed to achieve their main goal – the toppling of the Maduro government. Caracas has accused the US and its allies of plotting a "coup" against the government aimed at getting control of Venezuela’s vast energy and mineral resources – including the Latin American nation’s oil reserves, which are believed to be the largest in the world.

Election in Ecuador promises to kick Washington stooge out of office