Home ACTIVISTS & HEROES A Soldier’s Tale of bravery and morality

[dropcap]T[/dropcap]here may be light at the end of the uniformed tunnel. Brave souls like former Second Lt. Spenser Rapone still manage to exist and speak out. And it is only fair to say that the Army has acted with unusual mildness toward this unique dissenter. In fact, the official paper, ArmyTimes has published a number of stories on Rapone, but in none do we see the kind of rabid hatred or venom reserved for apostates of his caliber, not just an anti-imperialist, but a man now of socialist convictions. ArmyTimes, in fact, quotes him at some length. Which is extremely curious. In other words, they did not or could not suppress his witness entirely. (1) Try to figure that one out. We'll have to ask Spenser about that, when we get a chance. Meantime, here's his well structured, inspiring interview with Chris Hedges. 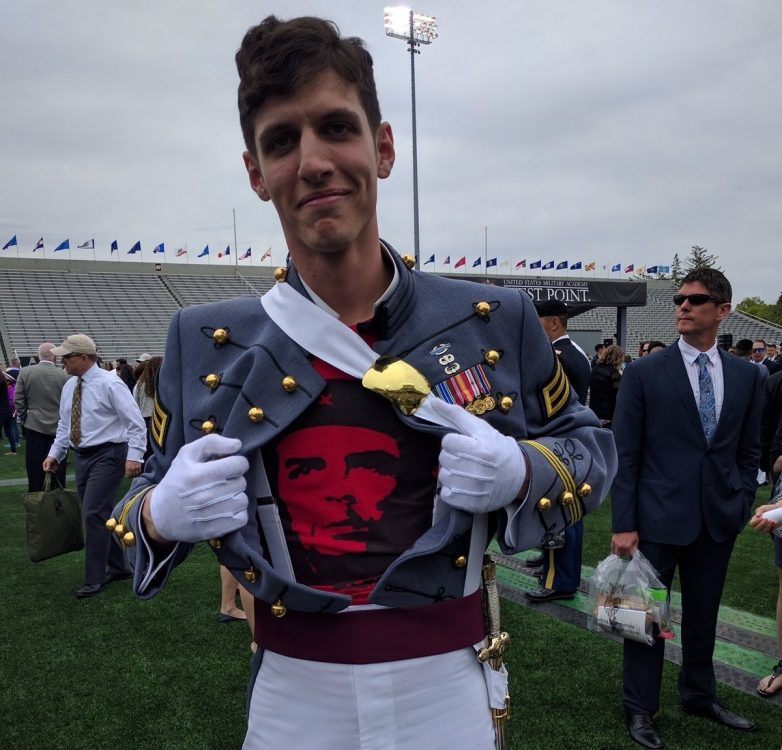 Journalist Chris Hedges interviews former combat veteran and US Army officer, Spenser Rapone about bravery and morality. The second lieutenant was given an “other than honorable” discharge June 18 after an Army investigation determined that he “went online to promote a socialist revolution and disparage high-ranking officers” and thereby had engaged in “conduct unbecoming an officer.”

(1) See for example, Whatever happened to that communist lieutenant? The Army won’t say.

The Rise of Illiberalism and other important contemporary questions

Fantastic interview. What a role model for us all.

Glad you made some time to see it. And commented.

Interesting as it points out the way young men and now women are brought up in Western society. It is not a masculine defect, but it raises the convention of aggression as a means to survive. The isolation caused by such an education begins at pre-school level when competition is taught as a prime survival scheme and a basic necessity for the technological capitalist society whereby people are reduced to numbers, fitted into but not a decisive part of a community that forms the determined unit for attaining supremacy.

This is an expansion of the Marxist idea that forced rote labor demeans the spirit and impoverishes the world of ideas and aspirations and It has been in general effect in the US since its inception, i.e. when the union of the states into a confederacy was attained in 1776 and when the nation demanded a strict conformity and a social agreement to participate in its conquest of the land and consequently the original inhabitants. For that racism was being encouraged as the fear of unknown indigenous Indian nations.

Its success depended on a religious inspired exceptionalism, namely that God gave the dominion over the earth to Christian Europeans. Ever since there has been a tension between ethics and practice in the US, which is exemplified in how the nation is governed. And its army as the expression of its might displays these characteristics to an extreme because it not only symbolizes that power, but also serves to confirm the justness of its actions.

The resistance of this young man is admirable, but it reminds one too much of the White Rose efforts in Nazi Germany, an isolated instance of rebellion, and it will take much more than a single enlightenment to cause a revolution.