March 14, 2021
Please make sure these dispatches reach as many readers as possible. Share with kin, friends and workmates and ask them to do likewise. 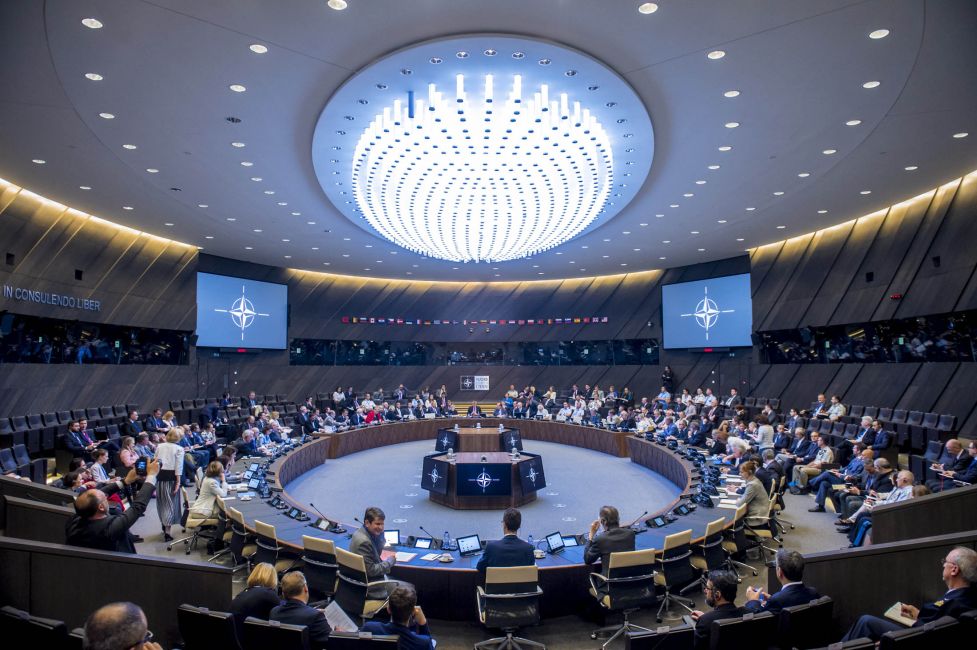 In a previous article I argued “Why It’s Necessary to End NATO”. However, recent events are making clear that the urgency of this need is increasing, instead of decreasing.
In 2011, the U.S. Government started planning a take-over of Ukraine, which, at that time, was a neutral country that has a 1,625-mile border with Russia. At its nearest point to Moscow, that border is only 5 minutes flight-time away from Moscow, via the fastest missiles. Obviously, that’s far too little time for Russia’s Government to be able to evacuate themselves from Moscow and to launch a retaliation against a U.S. blitz-attack. The U.S. goal is to get Ukraine into NATO, so that America can position its missiles there and really achieve “Nuclear Primacy” (which I discussed in that earlier article as being America’s meta-strategy since at least 2006 — safely to destroy Russia, even though that won’t actually be possible).
On February 1st of 2021, Ukraine’s President, Volodmyr Zelenskyy, made undeniably clear his intention to fulfill on Obama’s plan, for Ukraine to become a NATO member. Whether Joe Biden is going to push for that will be the most important decision of his Presidency, because it would be a commitment to World War III. It would, in effect, be a U.S. declaration of war against Russia. Whether the blitz-invasion would come from the U.S. (presumably assisted by missiles placed in Ukraine), or instead from Russia (in order to wipe out those and all other U.S. missiles), would be the only remaining question. Who will try the blitz-attack first? Either way, the world — at least the biosphere that sustains human life — would end.
Zelenskyy said:

We are grateful for everything, but Ukraine is not just saying in words that it wants to be an equal member of the Alliance, an equal member of NATO, because this is one of the most important security points - the same security that President Biden is speaking about. How should we further state the desire to accede [join], if it is enshrined in the Constitution of Ukraine - the movement towards the European Union, European integration, as well as accession to NATO? Therefore, I have a very simple question - why is Ukraine still not in NATO? Putting away these phrases that we will all contemplate and communicate, the first simple question from me would be: "Mr. President, why are we not in NATO yet"?

If Ukraine becomes a NATO-member, then Ukraine will have the right to demand that America join its war to grab back the former Donbass region and also the former region of Crimea. The U.S. Government would then be put into the position of having to either fulfill its NATO commitment to the new NATO member (presuming that restoration of both Crimea and Donbass to Ukraine would be accepted as being a part of that commitment to what then would be a fellow-NATO-member) or else become very embarrassed by not doing so. If such a NATO commitment would be fulfilled, the world as it has always been known would end very fast — less than an hour.

Investigative historian Eric Zuesse is the author, most recently, of  They’re Not Even Close: The Democratic vs. Republican Economic Records, 1910-2010, and of  CHRIST’S VENTRILOQUISTS: The Event that Created Christianity. [/su_panel]
Up to You.