Home AMERICAN BRAINWASH “America Is Back” Collides With A Multipolar Reality

“America Is Back” Collides With A Multipolar Reality

By Bernhard, editor, Moon of Alabama 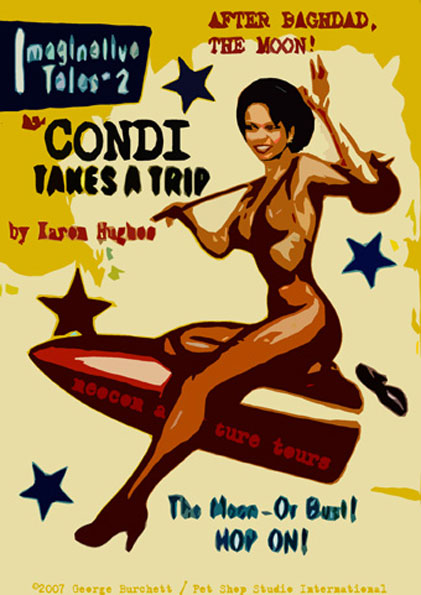 The World Health Organization recently published its report on the origin of the SARS-CoV-2 virus which has caused the Covid-19 pandemic. Most scientist agree that the virus is of zoonotic origin and not a human construct or an accidental  laboratory escape. But the U.S. wants to put pressure on China and advised the Director General of the WHO, Tedros Adhanom, to keep the focus on China potential culpability. He acted accordingly when he remarked on his agency's report:

Although the team has concluded that a laboratory leak is the least likely hypothesis, this requires further investigation, potentially with additional missions involving specialist experts, which I am ready to deploy.

The U.S. State Department fetched the pass and ran with it. It asked its allies to sign on to its Joint Statement on the WHO-Convened COVID-19 Origins Study which requests more unhindered access in China:

The Governments of Australia, Canada, Czechia, Denmark, Estonia, Israel, Japan, Latvia, Lithuania, Norway, the Republic of Korea, Slovenia, the United Kingdom, and the United States of America remain steadfast in our commitment to working with the World Health Organization (WHO), international experts who have a vital mission, and the global community to understand the origins of this pandemic in order to improve our collective global health security and response. Together, we support a transparent and independent analysis and evaluation, free from interference and undue influence, of the origins of the COVID-19 pandemic. In this regard, we join in expressing shared concerns regarding the recent WHO-convened study in China, while at the same time reinforcing the importance of working together toward the development and use of a swift, effective, transparent, science-based, and independent process for international evaluations of such outbreaks of unknown origin in the future.

The most interesting with the above statement is the list of U.S. allied countries which declined to support it,

Most core EU countries, especially France, Spain, Italy and Germany, are missing from it. As is the Five-Eyes member New Zealand. India, a U.S. ally in the anti-Chinese Quad initiative, also did not sign. This list of signatories of the Joint Statement is an astonishingly meager result for a U.S. 'joint' initiative. It is unprecedented. It is a sign that something has cracked and that the world will never be the same.

The first months of he Biden administration saw a rupture in the global system. First Russia admonished the EU for its hypocritical criticism of internal Russian issues. Biden followed up by calling Putin a 'killer'. Then the Chinese foreign minister told the Biden administration to shut the fuck up about internal Chinese issues. Soon thereafter Russia's and China's foreign ministers met and agreed to deepen their alliance and to shun the U.S. dollar. Then China's foreign minister went on a wider Middle East tour. There he reminded U.S. allies of their sovereignty:

Wang said that expected goals had been achieved with regard to a five-point initiative on achieving security and stability in the Middle East, which was proposed during the visit.

"China supports countries in the region to stay impervious to external pressure and interference, to independently explore development paths suited to its regional realities," Wang said, adding that the countries should "break free from the shadows of big-power geopolitical rivalry and resolve regional conflicts and differences as masters of the region."

Wang's tour was topped off with the signing of a game changing agreement with Iran:

Suffice to say, the China-Iran pact deeply is embedded within a new matrix Beijing hopes to create with the Arab states of the Persian Gulf and Iran. The pact forms part of a new narrative on regional security and stability.

The "U.S. led rules based international order" is finally finished. Russia and China buried it:

Countries in Asia and further afield are closely watching the development of this alternative international order, led by Moscow and Beijing. And they can also recognise the signs of increasing US economic and political decline.

It is a new kind of Cold War, but not one based on ideology like the first incarnation. It is a war for international legitimacy, a struggle for hearts and minds and money in the very large part of the world not aligned to the US or NATO.

The US and its allies will continue to operate under their narrative, while Russia and China will push their competing narrative. This was made crystal clear over these past few dramatic days of major power diplomacy.

The global balance of power is shifting, and for many nations, the smart money might be on Russia and China now.

The obvious U.S. countermove to the Russian-Chinese initiative is to unite its allies in a new Cold War against Russia and China. But as the Joint Statement above shows most of those allies do not want to follow that path. China is a too good customer to be shunned. Talk of human rights in other countries might play well with the local electorate but what counts in the end is the business.

Even some U.S. companies can see that the hostile path the Biden administration has followed will only be to their detriment. Some are asking the Biden gang to tone it down:

[Boeing] Chief Executive Dave Calhoun told an online business forum he believed a major aircraft subsidy dispute with Europe could be resolved after 16 years of wrangling at the World Trade Organization, but contrasted this with the outlook on China.

“I think politically (China) is more difficult for this administration and it was for the last administration. But we still have to trade with our largest partner in the world: China,” he told the U.S. Chamber of Commerce Aviation Summit.

Noting multiple disputes, he added: “I am hoping we can sort of separate intellectual property, human rights and other things from trade and continue to encourage a free trade environment between these two economic juggernauts. ... We cannot afford to be locked out of that market. Our competitor will jump right in.”

Before its 737 MAX debacle Boeing was the biggest U.S. exporter and China was its biggest customer. The MAX has yet to be re-certified in China. If Washington keeps the hostile tone against China Boeing will lose out and Europe's Airbus will make a killing.

Biden announced that "America is back” only to be told that it is no longer needed in the oversized role that it played before. Should Washington not be able to accept that it can no play 'unilateral' but will have to follow the real rules of international law we might be in for some interesting times:

Question: Finally, are you concerned that deteriorating international tensions could lead to war?

Glenn Diesen: Yes, we should all be concerned. Tensions keep escalating and there are increasing conflicts that could spark a major war. A war could break out over Syria, Ukraine, the Black Sea, the Arctic, the South China Sea and other regions.

What makes all of these conflicts dangerous is that they are informed by a winner-takes-all logic. Wishful thinking or active push towards a collapse of Russia, China, the EU or the U.S. is also an indication of the winner-takes-all mentality. Under these conditions, the large powers are more prepared to accept greater risks at a time when the international system is transforming. The rhetoric of upholding liberal democratic values also has clear zero-sum undertones as it implies that Russia and China must accept the moral authority of the West and commit to unilateral concessions.

The rapidly shifting international distribution of power creates problems that can only be resolved with real diplomacy. The great powers must recognize competing national interests, followed by efforts to reach compromises and find common solutions.

Russia's president Vladimir Putin has repeatedly asked for a summit of leaders of the five permanent members of the UN Security Council:

Putin argued that the countries that created a new global order after World War II should cooperate to solve today's problems.

"The founder countries of the United Nations, the five states that hold special responsibility to save civilisation, can and must be an example," he said at the sombre memorial ceremony.

The meeting would "play a great role in searching for collective answers to modern challenges and threats," Putin said, adding that Russia was "ready for such a serious conversation."

Such a summit would be a chance to work on a new global system that avoids unilateralism and block mentality. As the U.S. is now learning that its allies are not willing to follow its anti-China and anti-Russia policies it might be willing to negotiate over a new international system.

But as long as Washington is unable to recognize its own decline a violent attempt to solve the issue once and for all will become more likely.

A television report on the ‘historic, strategic’, 25-year agreement reached between Iran and China.