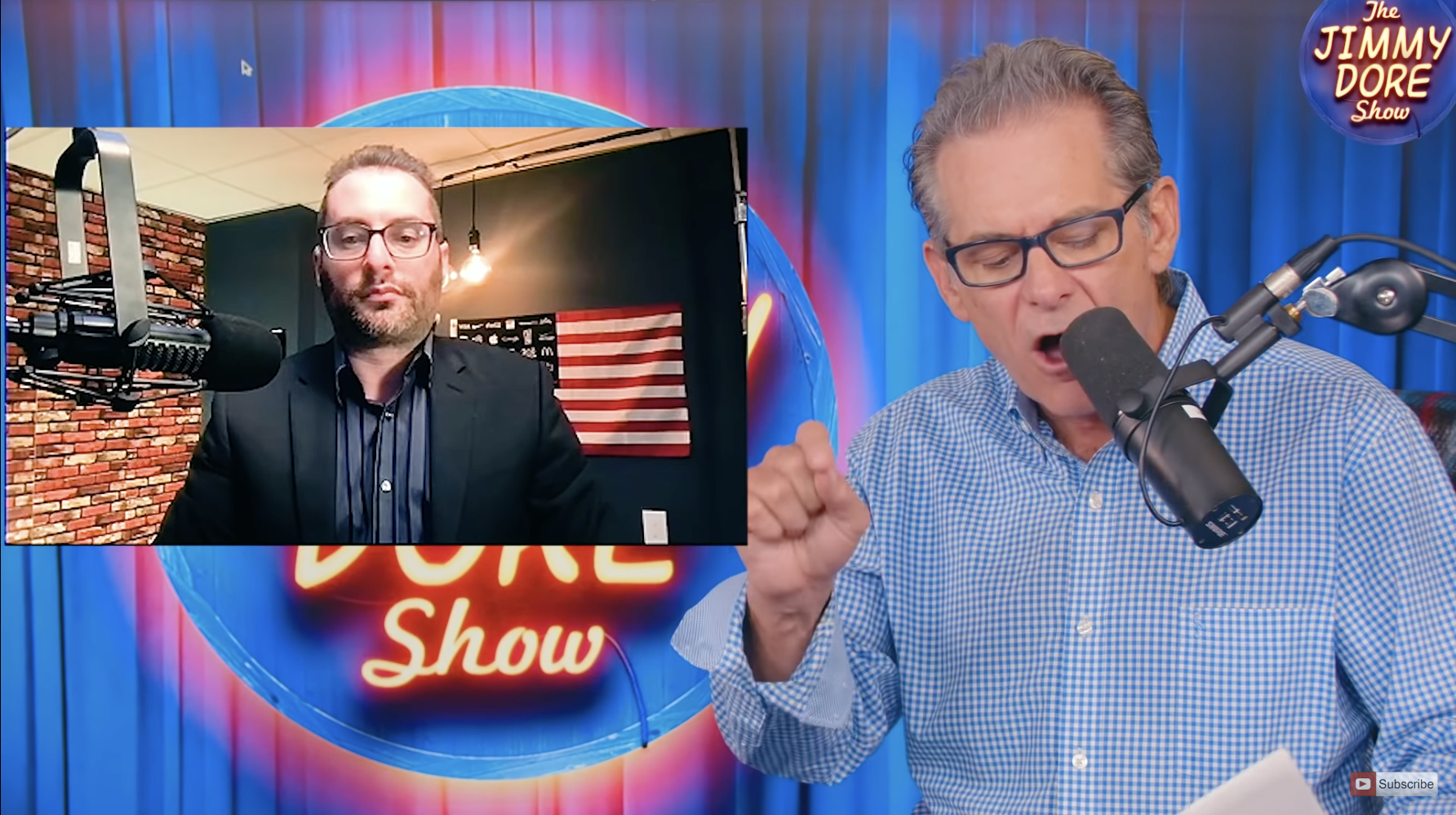 Videos to make you think and take notice. Consider that ANY of these videos yield more useful information on the current state of the world, and our immediate reality, than reams of NYTimes pages, or hundreds of hours (or more) of programming by NPR, MSNBC, CNN, or the main networks. Also think what will happen when Jimmy Dore's channel is cancelled by Google (YouTube), because, rest assured that as we write these lines, the knives are out for Jimmy and his brand of impious political commentary. Too dangerous for a system that now regards total narrative control as an existential necessity. Incidentally, of all the videos we feature on this post, perhaps the most incendiary and therefore indispensable is the first one, dissecting the way the capitalist elites are cold-bloodedly choking the life out of independent critical journalists.
—The Editor

Independent News Getting Shut Down By Tech Monopolies

PUBLIC UTILITY OR CAPRICIOUS INFORMATION MONOPOLY? DOES GOOGLE RIG THE INTERNET?
The need for a "digital bill of rights" proclamation enforcing internet neutrality has never been more urgent and obvious. Private monopolies cannot be allowed to dictate what the public sees or hears. The industry has evolved to become a fiduciary for modern mass communications. Netizens demand and require special protection against increasing abuses, except that the abusers are actually being prodded toward censorship by the very system the public is looking to for relief. Ahh, the delights of ruling class circularity.

Jimmy and guests discuss the pathetic betrayals of the ideals of the left by AOC & Co., and how the system is seamlessly evolving into a de facto fascist tyranny where dissident thought will not be tolerated.
April 10, 2021

Jimmy and Glenn discuss the moral and professional implosion of American "journalism". Can it get any worse?

How the American left, which was never the real left to begin with,  cheerfully castrates itself before corporate power

Lefty Critics Rolling Over For Biden

Our main image motif: Painted by famed Mexican muralist Diego Rivera, Glorious Victory is a critical and condemnatory view of the 1954 CIA coup of Guatemala’s democratically elected president Jacobo Árbenz Guzmán. The United States removed Árbenz from power and replaced him with a dictatorial military commander because Árbenz threatened the landholdings of the United Fruit Company with his agrarian reform laws. In the center of the mural, secretary of state John Foster Dulles is seen shaking hands with military commander and then president Castillo Armas, Washington's putschist general. Rivera paints Dulles with an expression of idiocy to demonstrate how he was too ignorant (or indifferent) to understand the terrible chain of events he had sparked.
Up to You.