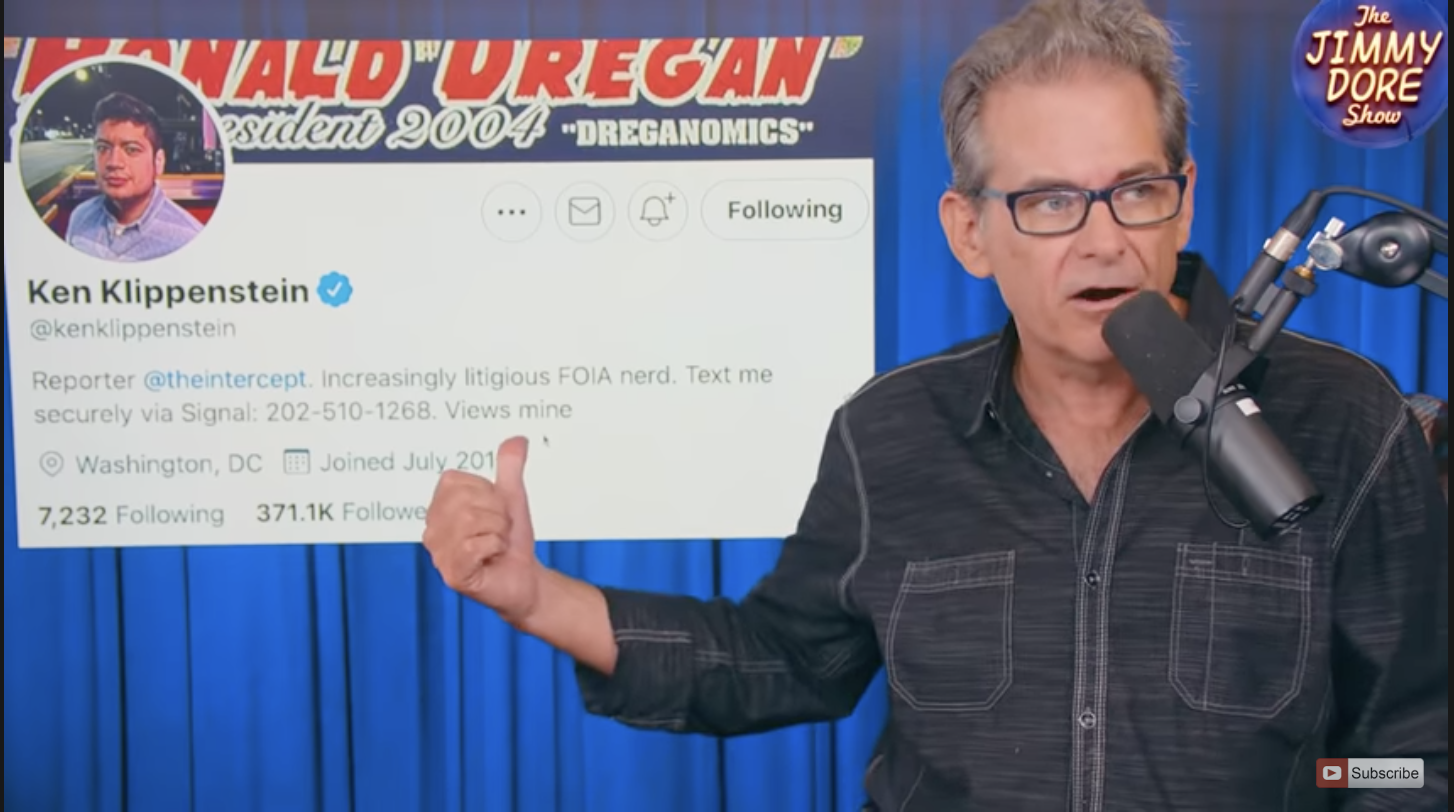 April 15, 2021—Jimmy and Aaron Maté discuss the collapse of journalistic standards across the entire Western media spectrum, including among people who fancy themselves "independent" or "anti-establishmentarian". The Intercept (post Glenn Greenwald) an outfit bankrolled by eBay billionaire Pierre Omidyar, provides some juicy examples.

Our main image motif: Painted by famed Mexican muralist Diego Rivera, Glorious Victory is a critical and condemnatory view of the 1954 CIA coup of Guatemala’s democratically elected president Jacobo Árbenz Guzmán. The United States removed Árbenz from power and replaced him with a dictatorial military commander because Árbenz threatened the landholdings of the United Fruit Company with his agrarian reform laws. In the center of the mural, secretary of state John Foster Dulles is seen shaking hands with military commander and then president Castillo Armas, Washington's putschist general. Rivera paints Dulles with an expression of idiocy to demonstrate how he was too ignorant (or indifferent) to understand the terrible chain of events he had sparked.
THINK!