By Bernhard, Editor, Moon of Alabama

Thanks to a monoculture of anti-Russia hawks in U.S. policy institutions relations between the U.S. and Russia are likely to further decline. But some hope might be seen on the horizon. 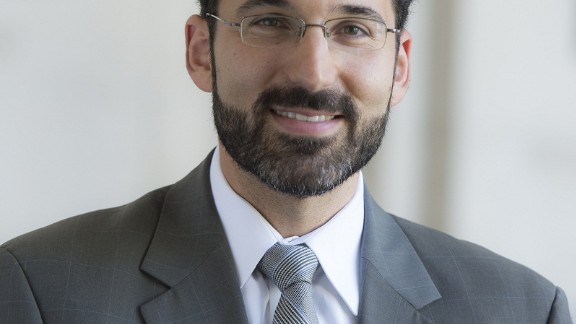 Rojansky—man of  "controversy". Middle of the road, but too extreme for the Russophobes.

Scott Ritter predicts the end of a generation of anti-Russian influencers in Washington DC who depict Russia and is policies as being run by just one man:

These “Putin whisperers” infiltrated every aspect of American culture and politics, their writings achieving near-scripture-like reception in the pages of American newspapers and political journals, and the authors of this intellectual dreck being offered prime seats at the table of national security policymaking, either on the National Security Council, or as a National Intelligence Officer.
...
These “Putin Whisperers” thrived during the administration of President Barack Obama, led by the likes of Michael McFaul, and achieved near-critical mass during the Trump administration, empowered by overly politicized claims of collusion with Russia by people in the Trump circle. They continue to play an important role today, filling the airwaves and pages with anti-Putin propaganda whose cumulative effect is to dumb down the American public by demonizing Russia and its president to the point that any accusation will be accepted at face value, regardless of the lack of corroborating evidence or the improbable veracity of its claim; the recent scandal over allegations that Russia paid the Taliban bounties to kill Americans in Afghanistan serves as an apt illustration of this phenomenon.

Unfortunately the constant demonization of Russia's president by the 'Putin-whisperers' has already led to some tragic consequences:

A children’s author and parish councillor died after a neighbour with mental health issues shot him in the face and stamped on his head, believing he worked for Vladimir Putin and was to blame for the spread of Covid-19, an inquest heard.

But the danger of seeing everything caused by just one man is much greater. It explains the confused policies of the Biden administration which may lead towards war.

Ritter argues that Biden trapped himself:

Biden is a prisoner of his own anti-Russian rhetoric, influenced in large part by the need to be seen as responding to a domestic political prerogative founded on decades of Russia - and Putin-bashing at the hands of the “Putin whisperers” and their ilk. It is one thing to spout off as a candidate for president; it is an altogether different reality to be serving as president, where words and actions have life-or-death consequences.

As the realities set in the people and their policies will have to change:

These are policies pushed and promoted by the “Putin whisperers.” For the moment, their will continues to prevail. But their days are numbered, as realpolitik pragmatists in the White House, Pentagon and Intelligence Community are recognizing the reality that the days of taking for granted US global hegemony are over, and that for the United States to remain relevant, it must adapt to the reality of a multi-polar world, and Russia’s rightful role therein. This will not happen overnight, but it is in the process of happening. In promoting and supporting Biden’s latest round of sanctions, the “Putin whisperers” have reached their high-water mark. From here on out, their influence will begin to ebb as the national security demand for fact-based assessments outstrips the domestic political need for fact-free propaganda.

I am not that optimistic. The Blob is resistant to change because those who are inside it tend to bite away anyone with even a slightly different view.

Consider the case of Matthew Rojansky, Director of the Kennan Institute at the Woodrow Wilson International Center for Scholars. He is known as a middle-of-the-road expert of U.S. and Soviet/Russian relations - not a hawk, but also not an appeaser.

Rojansky was supposed to chair the Russia desk in Biden's National Security Council. As soon as that became know the 'Putin Whisperers' came out in force to fight the nomination. Axios led the charge:

Rojansky has been praised for his scholarship on Russia and is frequently cited in U.S. media for his expert commentary. But his work has drawn criticism — including in a 2018 open letter from Ukrainian alumni of Kennan that blasted the think tank he runs as an "unwitting tool of Russia’s political interference."
...

Today we learn that Rojansky has been canceled because his middle-of-the-road position is now deemed 'controversial':

A Russia expert whose bid to join the Biden National Security Council sparked an outcry among prominent critics of the Kremlin is no longer under consideration for the role, according to three people familiar with the matter.
...
Rojansky got far in the hiring process, the people noted, and was being considered for the role for at least six weeks before his name was made public by Axios. That report provoked uproar among well-known Russia hawks, including activists Bill Browder and Garry Kasparov, as well as the largest Ukrainian-American organization in the country. Rojansky’s critics have pointed to the Kennan Institute’s 2015 award to Russian oligarch Petr Aven, and an open letter written by Ukrainian alumni of the Kennan Institute in 2018 that slammed the think tank unit as an “unwitting tool of Russia’s political interference.”

Sane people are aghast about the potential consequences:

This is so depressing. Any open debate on Russia policy within the administration will be eliminated, and huge amounts of inconvenient fact will be suppressed or ignored. Did we not see enough of this sort of thing and its consequences in the run-up to the Vietnam and Iraq wars?

No fan of Putin- but this act by the Blob shows how policy failures happen in US FP. Stage 1: Anyone w/even slightly heterodox opinions on contentious state x is excluded from policymaking. Stage 2: Exclusion causes groupthink that leads to dumb policies towards state x & a disaster

The fix was in the moment Axios and Politico described Rojansky as "controversial", creating a controversy out of thin air. In the Russianist community, Rojansky is known as being almost painfully middle-of-the-road.

Biden’s Russia policy hiring subordinate to a vulture capitalist who renounced his US citizenship (Browder), a far-right fellow traveler with Frank Gaffney & Peter Thiel (Kasparov), and a Ukrainian lobby group with deep ties to Nazi collaborators. This is normalcy.

The Biden Administration was considering hiring a very smart, moderate Russia specialist, @MatthewRojansky, for its National Security Council, but the standard Russia hawks who crave conflict with Putin blocked it on the ground that he's too diplomatic.

The Blob does not self-correct its groupthink. It needs very strong forces to turn the course of the huge foreign policy ship. Change is likely to come only after the current crew has run the ship into ground and turned it into a wreak.

Over the weekend several additional conflict items between Russia and the 'west' sprang up.

Russia exposed a plot to assassinate the President of Belarus, Alexander Lukashenko:

Several people, including two in Russia, have been arrested for allegedly plotting an armed insurrection against the Belarusian president. He claims that the US may have sanctioned the assassination attempt.
...
The existence of an alleged plot to kill Lukashenko, other top Belarusian officials, and even their family members was revealed on Saturday. In Minsk, the national broadcaster ONT ran a story naming suspected conspirators and exposing their plans. The report offered as evidence several clips of what appears to be Zoom meetings between them.

The Czech Republic unreasonably accuses Russia of an 2014 explosion in an ammunition dump:

The Czech authorities are binning Russia’s bid for a nuclear power contract and expelling 18 embassy officials in connection with a fatal explosion seven years ago.
...
The incident in October 2014 at the Vrbětice arms depot was forgotten with great alacrity. A huge explosion of 50 tonnes of munitions killed two workers. Another big blast followed in December. The facility was state-owned, but, in an arrangement of characteristic post-communist Czech opacity, privately managed. Security was sloppy. The clean-up costs were huge, but compensation to nearby residents stingy.

The investigation was lethargic and inconclusive.

After the Czech sent 18 Russia diplomats back to Moscow, Russia ordered 20 Czech diplomats to leave. With that many gone the Czech embassy in Moscow will hardly be able to work. So why did the Czech authorities make such weird claims now and reacted in such a harsh way?

The most likely explanation is that the Biden administration bumped the Czechs into acting, as part of its efforts to raise international pressure on the Kremlin.

The Czech also used the opportunity to exclude the Russian Rosatom from the tender to expend the Dukovany nuclear power plant. Previously a Chinese company was similarly banned. The only other serious bid is from the U.S. company Westinghouse.

With a monoculture of anti-Russian hardliners in the State Department and National Security Council further U.S. polices towards Russia will likely become even more hostile than they are now. It may indeed need a conflict, and a potentially high number of casualties, before sanity sets in.

The Media Lied Repeatedly About Officer Brian Sicknick’s Death. And They Just Got Caught.