Home CAPITALISM & SOCIALISM The CIA Used to Infiltrate the Media

April 27, 2021
Our articles depend on you for their effectiveness. Share with kin, coworkers and friends. 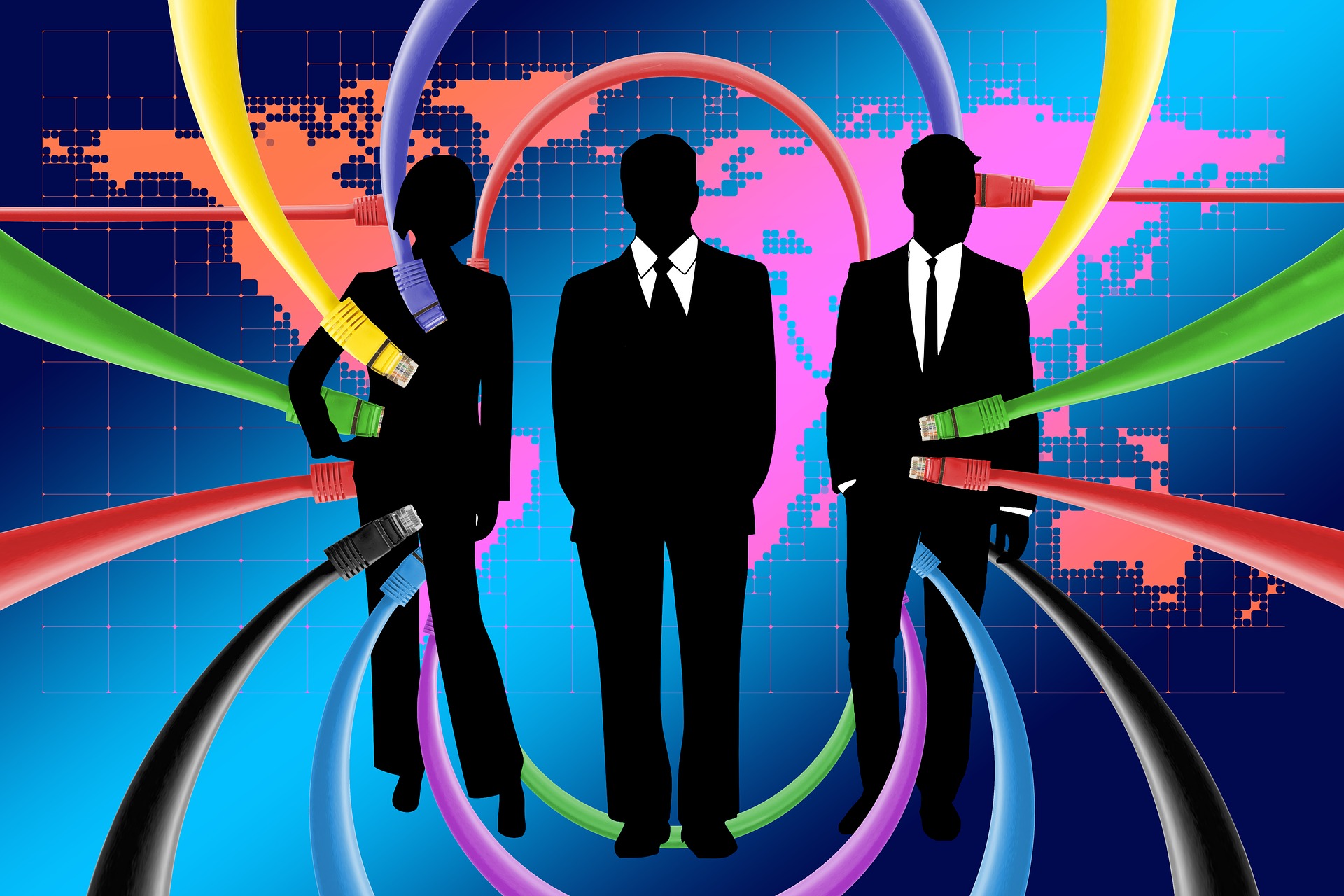 Back in the good old days, when things were more innocent and simple, the psychopathic Central Intelligence Agency had to covertly infiltrate the news media to manipulate the information Americans were consuming about their nation and the world. Nowadays, there is no meaningful separation between the news media and the CIA at all.

Journalist Glenn Greenwald just highlighted an interesting point about the reporting by The New York Times on the so-called  Bountygate story the outlet broke in June of last year about the Russian government trying to pay Taliban-linked fighters to attack U.S. soldiers in Afghanistan.

“One of the NYT reporters who originally broke the Russia bounty story (originally attributed to unnamed ‘intelligence officials’) say today that it was a CIA claim,” Greenwald tweeted. “So media outlets – again – repeated CIA stories with no questioning: congrats to all.”

Indeed, the NYT’s original story made no mention of CIA involvement in the narrative, citing only “officials,” yet this latest article speaks as though it had been informing its readers of the story’s roots in the lying, torturing, drug-running, warmongering Central Intelligence Agency from the very beginning. The author even writes “The New York Times first reported last summer the existence of the C.I.A.’s assessment,” with the hyperlink leading to the initial article which made no mention of the CIA. It wasn’t until later that The New York Times began reporting that the CIA was looking into the Russian bounties allegations at all.

"It was a blockbuster story....The Kremlin had spread money around [Afghanistan] for militants to kill US forces. It sparked a massive outcry from Democrats...But on Thursday, the Biden Admin. announced that U.S. intelligence only had “low to moderate” confidence in the story." https://t.co/Pxtas4RZH8

This would be the same “Russian bounties” narrative which was discredited all the way back in September when the top U.S. military official in Afghanistan said no satisfactory evidence had surfaced for the allegations, which was further discredited today with a new article by The Daily Beast titled “U.S. Intel Walks Back Claim Russians Put Bounties on American Troops.“

The Daily Beast, which has itself uncritically published many articles promoting the CIA “Bountygate” narrative, reports the following:

“It was a blockbuster story about Russia’s return to the imperial “Great Game” in Afghanistan. The Kremlin had spread money around the longtime central Asian battlefield for militants to kill remaining U.S. forces. It sparked a massive outcry from Democrats and their #resistance amplifiers about the treasonous Russian puppet in the White House whose admiration for Vladimir Putin had endangered American troops.

But on Thursday, the Biden administration announced that U.S. intelligence only had “low to moderate” confidence in the story after all. Translated from the jargon of spyworld, that means the intelligence agencies have found the story is, at best, unproven—and possibly untrue.”

Of course the entire Western media spread this lie for weeks, but don't expect them to issue any corrections https://t.co/itOniutu0D

So the mass media aggressively promoted a CIA narrative that none of them ever saw proof of, because there was no proof, because it was an entirely unfounded claim from the very beginning. They quite literally ran a CIA press release and disguised it as a news story.

This allowed the CIA to throw shade and inertia on Trump’s proposed troop withdrawals from Afghanistan and Germany, and to continue ramping up anti-Russia sentiments on the world stage, and may well have contributed to the fact that the agency will officially be among those who are exempt from Biden’s performative Afghanistan “withdrawal.”

In 1977 Carl Bernstein published an article titled “The CIA and the Media” reporting that the CIA had covertly infiltrated America’s most influential news outlets and had over 400 reporters who it considered assets in a program known as Operation Mockingbird. It was a major scandal, and rightly so. The news media is meant to report truthfully about what happens in the world, not manipulate public perception to suit the agendas of spooks and warmongers.

Nowadays the CIA collaboration happens right out in the open, and people are too propagandized to even recognize this as scandalous. Immensely influential outlets like The New York Times uncritically pass on CIA disinfo which is then spun as fact by cable news pundits. The sole owner of The Washington Post is a CIA contractor, and WaPo has never once disclosed this conflict of interest when reporting on U.S. intelligence agencies per standard journalistic protocol.

A look back on how cable news went all in on the discredited Russian bounties story. pic.twitter.com/QaG9xAqiuR

This is bad. This is very, very bad. Democracy has no meaningful existence if people’s votes are cast without a clear understanding of what’s happening in their nation and their world. When their understanding is being shaped to suit the agendas of the very government they’re meant to be influencing with their votes, what you have is the most powerful military and economic force in the history of civilization with no accountability to the electorate whatsoever. It’s just an immense globe-spanning power structure, doing whatever it wants to whoever it wants. A totalitarian dictatorship in disguise.

And the CIA is the very worst institution that could possibly be spearheading the movements of that dictatorship. A little research into the many, many horrific things the CIA has done over the years will quickly show you that this is true; hell, just a glance at what the CIA was up to with the Phoenix Program in Vietnam will.

In case anyone needs reminding, here’s a partial list of the ex-spooks who served as media figures in the Trump years: https://t.co/CJT8YGcvkN

There’s a common delusion in our society that depraved government agencies who are known to have done evil things in the past have simply stopped doing evil things for some reason. This belief is backed by zero evidence, and is contradicted by mountains of evidence to the contrary. It’s believed because it is comfortable, and for literally no other reason.

The CIA should not exist at all, let alone control the news media, much less the movements of the US empire. May we one day know a humanity that is entirely free from the rule of psychopaths, from our total planetary behavior as a collective, all the way down to the thoughts we think in our own heads.

May we extract their horrible fingers from every aspect of our being. 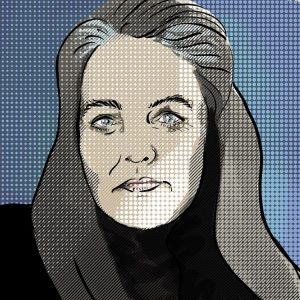 Caitlin Johnstone is a rogue journalist, poet, and utopia prepper who publishes regularly at Medium.  Her work is entirely reader-supported, so if you enjoyed this piece please consider sharing it around, liking her on Facebook, following her antics on Twitter, checking out her podcast on either Youtube, soundcloud, Apple podcasts or Spotify, following her on Steemit, throwing some money into her tip jar on Patreon or Paypal, purchasing some of her sweet merchandise, buying her new book, Notes From The Edge Of The Narrative Matrix, and her other books: Rogue Nation: Psychonautical Adventures With Caitlin Johnstone and Woke: A Field Guide for Utopia Preppers. [/su_panel]