May 3, 2021
Please make sure these dispatches reach as many readers as possible. Share with kin, friends and workmates and ask them to do likewise.

If not for these deliberate acts of sabotage and manipulation by Silicon Valley megacorporations, the mainstream media which have deceived us into war after war and which manufacture consent for an oppressive status quo would have been replaced by independent media years ago. These tech giants are the life support system of corporate media propaganda. 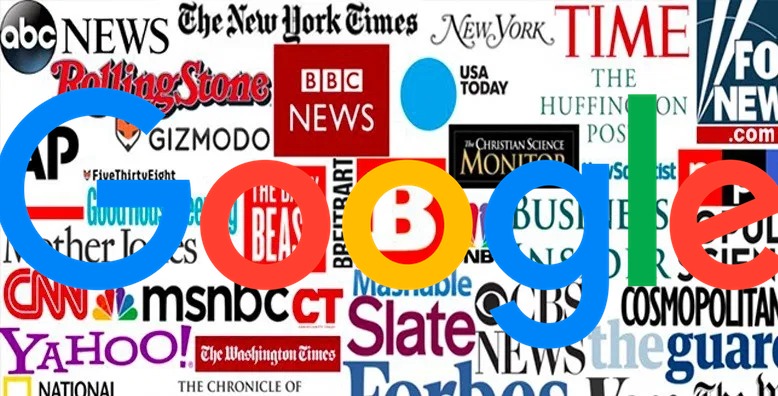 Going Rogue With Caitlin Johnstone · Silicon Valley Algorithm Manipulation Is The Only Thing Keeping Mainstream Media Alive
The emergence of the internet was met with hope and enthusiasm by people who understood that the plutocrat-controlled mainstream media were manipulating public opinion to manufacture consent for the status quo. The democratization of information-sharing was going to give rise to a public consciousness that is emancipated from the domination of plutocratic narrative control, thereby opening up the possibility of revolutionary change to our society’s corrupt systems.

But it never happened. Internet use has become commonplace around the world and humanity is able to network and share information like never before, yet we remain firmly under the thumb of the same power structures we’ve been ruled by for generations, both politically and psychologically. Even the dominant media institutions are somehow still the same.

So what went wrong? Nobody’s buying newspapers anymore, and the audiences for television and radio are dwindling. How is it possible that those same imperialist oligarchic institutions are still controlling the way most people think about their world?

The answer is algorithm manipulation.

Last month a very informative interview saw the CEO of YouTube, which is owned by Google, candidly discussing the way the platform uses algorithms to elevate mainstream news outlets and suppress independent content.

“What we’ve done is really fine-tune our algorithms to be able to make sure that we are still giving the new creators the ability to be found when it comes to music or humor or something funny,” Wojcicki said. “But when we’re dealing with sensitive areas, we really need to take a different approach.”

Wojcicki said in addition to banning content deemed harmful, YouTube has also created a category labeled “borderline content” which it algorithmically de-boosts so that it won’t show up as a recommended video to viewers who are interested in that topic:

“When we deal with information, we want to make sure that the sources that we’re recommending are authoritative news, medical science, et cetera. And we also have created a category of more borderline content where sometimes we’ll see people looking at content that’s lower quality and borderline. And so we want to be careful about not over-recommending that. So that’s a content that stays on the platform but is not something that we’re going to recommend. And so our algorithms have definitely evolved in terms of handling all these different content types.”

BELOW: Empire manager Susan Wojcicki: The enemies of the public interest are quite blatant in expressing their allegiance to the oligarchic cabals.

Progressive commentator Kyle Kulinski (see above) has a good video out reacting to Wojcicki’s comments, saying he believes his (entirely harmless) channel has been grouped in the “borderline” category because his views and new subscribers suddenly took a dramatic and inexplicable plunge. Kulinski reports that overnight he went from getting tens of thousands of new subscriptions per month to maybe a thousand.

“People went to YouTube to escape the mainstream nonsense that they see on cable news and on TV, and now YouTube just wants to become cable news and TV,” Kulinski says. “People are coming here to escape that and you’re gonna force-feed them the stuff they’re escaping like CNN and MSNBC and Fox News.”

It is not terribly surprising to hear Susan Wojcicki admit to elevating the media of the oligarchic empire to the CEO of a neoconservative publication at the World Economic Forum. She comes from the same elite empire management background as all the empire managers who’ve been placed in charge of mainstream media outlets by their plutocratic owners, having gone to Harvard after being literally raised on the campus of Stanford University as a child. Her sister Anne is the founder of the genetic-testing company 23andMe and was married to Google co-founder Sergey Brin.

Google itself also uses algorithms to artificially boost empire media in its searches. In 2017 World Socialist Website (WSWS) began documenting the fact that it, along with other leftist and antiwar outlets, had suddenly experienced a dramatic drop in traffic from Google searches. In 2019 the Wall Street Journal confirmed WSWS claims, reporting that “Despite publicly denying doing so, Google keeps blacklists to remove certain sites or prevent others from surfacing in certain types of results.” In 2020 the CEO of Google’s parent company Alphabet admitted to censoring WSWS at a Senate hearing in response to one senator’s suggestion that Google only censors right wing content.

Google, for the record, has been financially intertwined with US intelligence agencies since its very inception when it received research grants from the CIA and NSA. It pours massive amounts of money into federal lobbying and DC think tanks, has a cozy relationship with the NSA, and has been a military-intelligence contractor from the beginning.

We should be extremely alarmed that the Atlantic Council—funded by NATO and the state department and Gulf monarchies and weapons companies—is telling Facebook who to delete https://t.co/7N6fDjDSHR pic.twitter.com/W2zLmx1MKI

Then you’ve got Facebook, where a third of Americans regularly get their news. Facebook is a bit less evasive about its status quo-enforcing censorship practices, openly enlisting the government-and-plutocrat-funded imperialist narrative management firm The Atlantic Council to help it determine what content to censor and what to boost. Facebook has stated that if its “fact checkers” like The Atlantic Council deem a page or domain guilty of spreading false information, it will “dramatically reduce the distribution of all of their Page-level or domain-level content on Facebook.”

All the algorithm stacking by the dominant news distribution giants Google and Facebook also ensures that mainstream platforms and reporters will have far more followers than indie media on platforms like Twitter, since an article that has been artificially amplified will receive far more views and therefore far more clicks on their social media information. Mass media employees tend to clique up and amplify each other on Twitter, further exacerbating the divide. Meanwhile left and antiwar voices, including myself, have been complaining for years that Twitter artificially throttles their follower count.

If not for these deliberate acts of sabotage and manipulation by Silicon Valley megacorporations, the mainstream media which have deceived us into war after war and which manufacture consent for an oppressive status quo would have been replaced by independent media years ago. These tech giants are the life support system of corporate media propaganda.