May 4, 2021 9 minutes read
Please make sure these dispatches reach as many readers as possible. Share with kin, friends and workmates and ask them to do likewise. 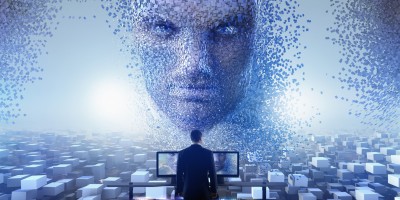 The Director of National Intelligence has ostensibly created a new “center” for the sharing and analysis of information and intelligence about foreign interference in US elections. Its real focus is much more nefarious.
The Office of the Director of National Intelligence (ODNI) announced in a statement on Monday that it was creating a new intelligence “center”focused on tracking so-called “foreign malign influence,” reported Politico.  This new entity, known as the Foreign Malign Influence Center, was mandated in the recent intelligence and defense budget authorization acts, representing the reality that the impetus for its creation came from Congress, and not the intelligence community. 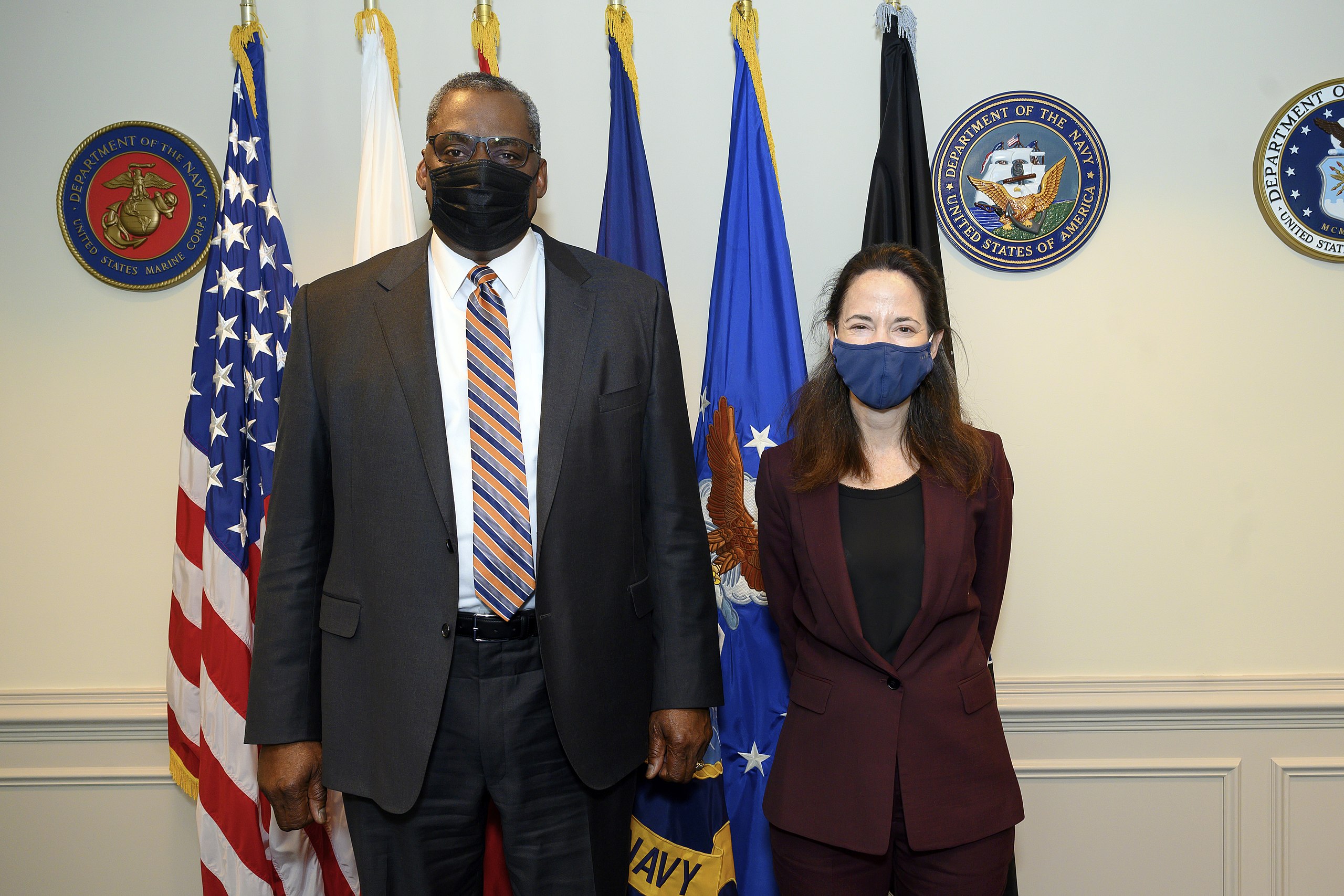 Pentagon boss Lloyd J. Austin III with the new Director of National Intelligence Avril Haines, her gender supposedly signaling social progress. With their Covid masks on, they look ridiculous, but their intended role as careerist servants of the global oligarchy is actually sinister.

For example, the most recent defense expenditure authorization required that the ODNI establish a “social media data analysis center” to coordinate and track foreign social media influence operations by analyzing data voluntarily shared by US social media companies. Based upon this analysis, the ODNI would report to Congress on a quarterly basis on trends in foreign influence and disinformation operations to the public. As envisioned by Congress, the intelligence community would determine jointly with US social media companies which data and metadata will be made available for analysis.

In short, the intelligence community, using data obtained from the social media accounts of American citizens, will report to Congress how this data influences the political decision making of these same American citizens.

If this does not make the most ardent defender of the US Constitution ill, nothing will.

THESE CONSTANT AND GROWING ABUSES ARE INFURIATING, BUT NO USE COMPLAINING TO YOUR CONGRESSPERSON AS THEY ARE ALL IN ON THIS RACKET.
Ordinary Americans have no real representation in the US Congress.

It is not as if the US intelligence community wasn’t trending in this direction on its own volition. The straw that broke the camel’s back, so to speak, was the publication in March 2021 of an intelligence community assessment entitled ‘Foreign Threats to the US 2020 Presidential Election’. In this document, the US intelligence community assessed that “Russian President Putin authorized, and a range of Russian government organizations conducted, influence operations aimed at denigrating President Biden’s candidacy and the Democratic Party, supporting former President Trump, undermining public confidence in the electoral process, and exacerbating sociopolitical divisions in the US.”

But the most damning portion of this assessment came when it delved into the specific methodology employed by Russia to achieve these nefarious aims.

“Throughout the election cycle”, the assessment declared, “Russia’s online influence actors sought to affect US public perceptions of the candidates, as well as advance Moscow’s long standing goals of undermining confidence in US election processes and increasing sociopolitical divisions among the American people. During the presidential primaries and dating back to 2019, these actors backed candidates from both major US political parties that Moscow viewed as outsiders, while later claiming that election fraud helped what they called ‘establishment’ candidates. Throughout the election, Russia’s online influence actors sought to amplify mistrust in the electoral process by denigrating mail-in ballots, highlighting alleged irregularities, and accusing the Democratic Party of voter fraud.”

As an American citizen who is politically engaged, I read the intelligence community assessment with a combination of interest, concern, and outrage. The notion of “Russian online influence actors” affecting “US public perceptions of the candidates” is as intellectually vacuous as it is factually unsustainable. The stupidity encapsulated by such analysis can only be excused by the fact that the intelligence community assessment is a document produced more for the benefit of domestic political consumption than a genuine effort at identifying and quantifying legitimate threats to the US.

Let's not play dumb: by definition the ruling oligarchy has no interest in strengthening or defending US democracy.

The assessment itself is short on hard data. However, the House Intelligence Committee has documented some 3,000 social media ads bought by Russian “troll farms” between 2015-2017, at a cost of some $100,000. These ads were in addition to so-called “organic posts,” some 80,000 of which were published on US social media, free of charge, by alleged Russian “bots” resulting in 126 million “views” by Americans. These ads were crude, unfocused, and simply inane in terms of their content.

To put the alleged Russian influence campaign into perspective, one need only reflect on the fact that during his short bid for the Democratic nomination, Michael Bloomberg spent nearly $1 billion underwriting the single most sophisticated public relations campaign, including hundreds of millions of targeted social media ads put together by the most brilliant political minds money could buy. All this money, time and effort, however, could not change the reality that, to the American public, Michael Bloomberg was an unattractive candidate – in the end his $1 billion bought him exactly two delegates.

The fact is, the political opinions of most American citizens are formed based upon a lifetime of exposure to issues that matter for them the most, whether it be education, right-to-life, gun control, social justice, agriculture, energy, environment, law enforcement, or any other of the multitude of sources of causation that impact the day-to-day existence of the American electorate.

Some of these beliefs are inherited, such as the working-class attachment to unions. Some are driven by current affairs, such as the growing awareness of climate change. But all are derived from the life experience of each American, and the thought that these deeply held beliefs could be bought, changed, or otherwise manipulated by social media posts published by foreign actors, malign or otherwise, is deeply insulting to me, and should be to every other American as well.

The irony is that by creating an intelligence organization whose task it is to help prevent the political Balkanization of America by analyzing the social media accounts of Americans who hold differing political beliefs than “the establishment” the newly minted Foreign Malign Influence Center ostensibly serves, the resulting process will only cause the further political division of the United States.

Some 74 million Americans voted for a candidate, Donald Trump, who has promulgated the very issues that the Democratic-controlled Congress seeks to denigrate and suppress through the work of this new intelligence center. These ideas will not simply disappear because the Democrats in Congress have empowered a “center” within the intelligence community whose sole function is to demonize any political thought that does not conform with the powers that be.

As it is currently focused, the Foreign Malign Influence Center is the living, breathing embodiment of politicized intelligence, two words which, when put together, represent the death knell for any intelligence organization. Worse, the work it will be doing, when turned over to a Democratically controlled Congress desperate to undermine the political viability of those 74 million American citizens, will only further fracture an already divided nation.

The Foreign Malign Influence Center was specifically mandated to examine the social media influence campaigns operated by Russia, China, Iran, and North Korea. It is particularly telling that they were not directed to investigate the two largest foreign sources of political influence in America today, namely the American Israeli Public Affairs Committee and the Murdoch media empire. President Putin could only dream about being able to buy congressional seats the way AIPAC does, or control what information becomes magnified (and, by extension, suppressed) by the newspapers, television and radio enterprises owned by Rupert Murdoch.

These are the true villains when it comes to foreign corruption of American politics. These foreigners, however, have a seat at the establishment table. Their malign influence will never be labeled as such, and they will never have to withstand the ignominy of having their work scrutinized under the politicized microscope of an intelligence community that has allowed itself to be corrupted by domestic American politics to the point that it no longer serves the American people as a whole, but only a select class of American persons.

AVRIL HAINES sordid career inside the empire's intel bureaucracies can be examined on her Wikipedia page.

Scott Ritter is a former US Marine Corps intelligence officer and author of ‘SCORPION KING: America’s Suicidal Embrace of Nuclear Weapons from FDR to Trump.’ He served in the Soviet Union as an inspector implementing the INF Treaty, in General Schwarzkopf’s staff during the Gulf War, and from 1991-1998 as a UN weapons inspector. Follow him on Twitter @RealScottRitter [/su_panel]
Our main image motif: Painted by famed Mexican muralist Diego Rivera, Glorious Victory is a critical and condemnatory view of the 1954 CIA coup of Guatemala’s democratically elected president Jacobo Árbenz Guzmán. The United States removed Árbenz from power and replaced him with a dictatorial military commander because Árbenz threatened the landholdings of the United Fruit Company with his agrarian reform laws.
Up to You.

Corporate News Outlets Again “Confirm” the Same False Story, While Many Refuse to Correct it