The new conflict started when Israel started evicting Palestinians from their homes in East Jerusalem and also attacked Muslims praying inside one of the holiest sites — Al Aqsa mosque — (during the holy month of Ramadan) with grenades and rubber bullets. [Evicting Palestinians and harassing them—some literally to death—is a national sport in Israel, especially among the most vicious segment of that society, the "settlers".  Israel's ethnic cleansing is in fact a mass historical eviction of Palestinians from their lands.-Ed]

While the U.S., U.K. and other Western sensationally describe China’s re-education camps as “genocide” and write thousands of tear-jerking articles, the Western attitude shifts completely when it comes to Palestine. U.S. politicians, who cannot stop crying about Muslims in China, suddenly flip 180 degrees. The rationale here is that these Israeli attacks are “self defense.” And the media describes these bombings as “clashes.” No mainstream media would show the victims of these barbarous attacks:

Has China ever bombed Xinjiang? No. Even though Uyghur separatists and terrorists have carried out hundreds of terrorist attacks over the last three decades, China’s policy has been focused on law enforcement, rehabilitation, compassion, poverty alleviation, and economic development.

But, according to the USA, the picture below is a terrible violation of human rights:

On the other hand, the bombing of Gaza will not be portrayed as genocide or even a war crime. As Caitlin Johnstone puts it, what’s happening in Gaza is “an assault on an open-air concentration camp by a brutal apartheid regime.” The Western establishment’s extraordinary hypocrisy, cynicism, and double-standards are despicable.

The U.S. funds Uyghur separatists, organizes dozens of “human rights” groups, sponsors fake researchers like Adrian Zenz, helps separatists emigrate to Western countries, and glorifies them on all the media. The atrocity propaganda machine and how it works are described in my new book “China, China, Chyyna – Greatest Disruption to American Century.”

If China bombed Muslims, the victims — especially heart-wrenching photos of wounded and dead children — will be on the front pages of all American and British news organizations. Islamophobic Republicans will turn on the outrage machine and fake sanctimony. Then, women who just lost their children will be on CNN, BBC and every other channel. The entire social media will be screaming “China is Nazi.” And every one of us would know the name of this 11-year-old boy who was killed in Gaza today:

Relocation of Uyghurs from mud houses to modern housing

U.S. propaganda outlets like Radio Free Asia even cry about relocation of Uyghurs in Xinjiang. However, the truth is that China has spent billions of Yuan on moving Uyghurs stuck in extreme poverty and mud houses in remote villages to modern, furnished, new homes. For free. And then the Chinese government helps these Uyghurs find jobs through multitude of creative and targeted poverty alleviation programs — for example, building greenhouses, giving them lambs and camels, or providing modern tractors and drones for cotton farming.

According to the Western spin machines, China’s poverty elimination is “ethnic cleansing,” but what Israel has done to Palestinians over the last 80 years is something to be celebrated: 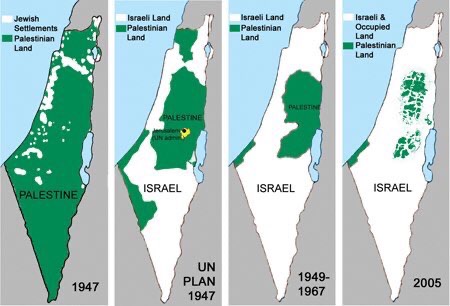 The U.S. took East Turkestan Islamic Movement (ETIM) off the terrorist group a few months ago, but cheer the bombing of Hamas, the Gaza-based militant group.

If Gaza gets bombed every year or so, Palestinians in West Bank are constantly humiliated every day by Israeli military occupation. Like in the video below, where Israeli soldiers with machine guns are arresting a kid, who’s not even 10 years old.

In the last couple of days, Israeli mobs have also targeted and destroyed Palestinian businesses in Jerusalem — here are a couple of girls waving Israeli flags and celebrating the violence.

And there are horrific photos and videos of Israeli mobs brutally attacking (“lynching”) individual Palestinians, throwing rocks at cars etc (link 1, link 2, link 3). Sadly and ironically, all these atrocities are replays of the pogroms of the 19th and early 20th century when Christians did such things to Jews in Europe.

And what is the U.S. response? The Pentagon expressed “ironclad” support for Israel. In the UN Security Council, 14 out of 15 members wanted to express a statement about stopping the violence, but one country vetoed the resolution. Guess who? The USA.

The U.S plays a dangerous and immoral geopolitical game. There is no truth, morality or consistency. Such a callous strategy is viable only if you think you can be #1 forever and get away with murder. Biden may be better than Trump but he’s not going to turn around the Titanic.

P.S. Here’s a video of Uyghurs and other Muslims celebrating Eid in Xinjiang yesterday. This is the famous Id Kah mosque in the city of Kashgar.

Chris Kanthan
is a hi-tech professional in the San Francisco Bay Area, and is also a writer and an author, trying to raise awareness about politics, world affairs, food and health through non-partisan blog posts, often with a twist of satire. He loves traveling and has been to 40 countries around the world. Chris has been published in dozens of websites including Zerohedge, Nation of Change, Activist Post, SOTT.net, Russia Insider and others.

GHOSTS OF HIGHWAY 20 REVISITED: HOW BEING A SELF-EDUCATED STREET INTELLECTUAL MAY HAVE SAVED MY LIFE