Home AMERICAN STUDIES Scared to be Jewish in Los Angeles?

May 28, 2021
Please make sure these dispatches reach as many readers as possible. Share with kin, friends and workmates and ask them to do likewise. 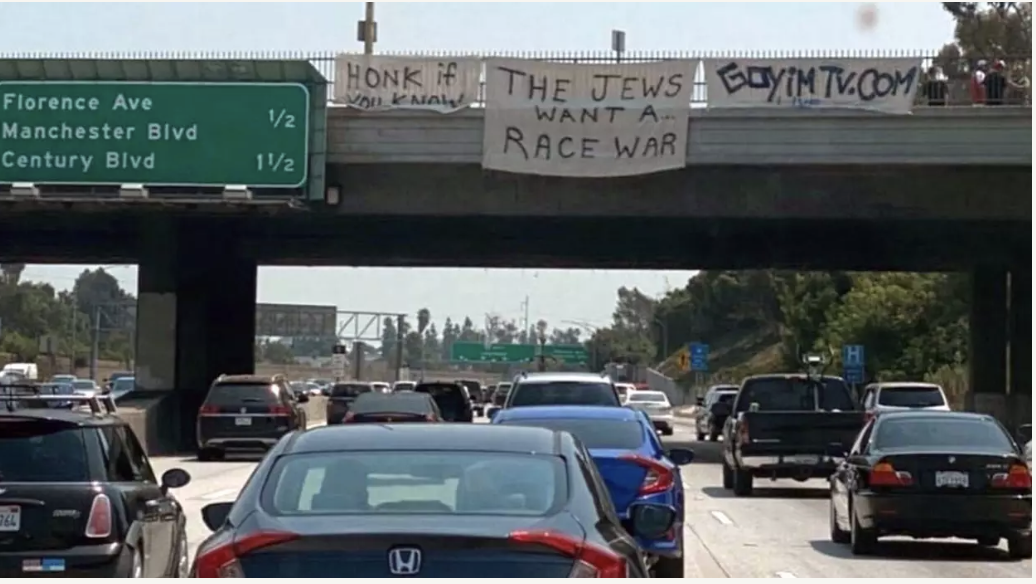 The Israeli attack has been so ruthless and disproportionate that it has aroused disgust in many people who previously held no definite position on this issue.

As soon as the narrative started to shift on Israel’s massacre in Gaza and the apartheid reality of daily Israeli life, a curious thing happened: antisemitism and anti-Jewish violence suddenly, overnight, became a huge thing in America.

Politicians across America denouncing this “threat” to Jews, and all sorts of Jewish Zionist influencers are flooding their Facebook, TikTok, and Twitter feeds with horror stories about how terrified they are. Now that the Palestinians are in control of the narrative, there’s no telling what kind of violence will happen! We Jews are under attack! We’re cowering in fear, seeking refuge with sympathetic goy friends to escape the murderous antisemitic mobs!

agree. as a jewish man with a jewish baby living right off hollywood blvd, i am terrified. los angeles is no longer controlled by us jews. the palestinians are in charge now. and they are hunting us down. house by house. family by family. where is the idf? https://t.co/3pBZQT3kxN

The whole thing is of course bullshit.

The “evidence” behind this supposed danger to Jews are a few scuffles that broke out between pro-Israel and pro-Palestinian protesters over the last several weeks. What’s most notable about them is how rarely these scuffles happened. Palestinian solidarity rallies have taken place all over America, and they have been bigger than ever, with all sorts of people taking place. One or two fights happening on the margins of big emotional national events like these is pretty much statistically insignificant. What it shows is how totally peaceful they’ve been.

What else is notable about these fights is that when they did happen they were quite obviously rooted in political and ideological disputes, and not racism against “the Jews.” It’s not uncommon for people on different sides of a volatile and highly emotional political issues to come blows, which makes it even more impressive and significant that on the whole there was no real violence.

Not surprisingly, some of the incidents that have been labeled as “racially motivated attacks against Jews” were actually triggered by the Jewish — or, more accurately, the pro-Israel — side.

That’s what seems to have happened in Montreal, where members of the JDL — an extremist outfit started by now-assassinated FBI informant and Israeli politician Meir Kahane — attacked Palestinian solidarity activists and had knives and clubs. And as Max Blumenthal pointed out this week, two former IDF soldiers from the special forces Golani Brigade taunted and fought pro-Palestine protesters in New York and clearly reveled in the violence, and yet turned around and claimed they were victims of vicious anti-Jewish hatred — which is how the media framed their story.

A fight between pro-Palestine protesters and some pro-Israel folks out on the town eating dinner at a sushi restaurant was turned into a story about violent antisemitic mobs on the prowl, joyriding and beating up Jews in Los Angeles. LA’s shitty neoliberal mayor, Eric Garcetti, even claimed it was an “organized” attack. Organized by whom? Palestinian solidarity protesters? The Elders of Palestinian Zion? He doesn’t answer.

We as a city condemn last night's organized, anti-Semitic attack.

Jewish Angelenos, like all residents, should always feel safe in our city.@LAPDHQ is investigating this assault as a hate crime, and we will respond with the full force of the law.

Prone to paranoia, I initially thought that this had to be an op — that it had to be a set up. The guys in the video were just too huge. They had their faces covered and were dressed in black like they were there for a pump and run operation meant to antisemitic havoc and shift the narrative on Palestine. Well, nah, I don’t think so anymore. It all seems much more mundane.

I dug into the story a little bit, got (useless) comment from the cops, and watched all the available videos — and it’s pretty clear that this was a fight triggered by politics. But what happened was that it got framed in the most inflammatory and deceptive way — as if this “attack” was part of a coordinated Palestinian campaign to terrorize the Jewish community in Los Angeles.

There’s one video that gives what appears to be the fullest picture of what happened.

It was filmed by what I’ll call the pro-Israel side — from a table on the sidewalk in front of a sushi restaurant, where the action took place.

The video starts by showing a caravan of cars with Palestinian flags stuck in traffic on La Cienega Blvd in Los Angeles. People in the cars are honking and chanting slogans like “Free Palestine.” There’s a black Jeep Rubicon in the caravan. It has a Palestinian flag and a couple of big guys dressed in black are standing up inside it.

One of the guys in the Jeep has a megaphone. He says: “Israel murders women and children everyday!”

To which the guy who is shooting the video (or maybe it’s one of his friends who is out of the frame) says: “YEAH, FUCK YOU!!”

The guy in the Jeep says: “You guys should be ashamed of yourselves.”

There’s a sound of something small crashing against something — like someone thew something?

The next thing you see is that the guy who is shooting the video puts his phone down and grabs a bottle and some silverware or maybe a glasses and lurches aggressively forward. Does he throw the stuff at the caravan? It’s not clear.

The video continues, but all you see is the dark sky and a streetlight because the camera is facing up.

The video evidence is limited. But even what we have shows pretty clearly that it didn’t have much to do with an “organized antisemitic” attack. It looked like a political scuffle. Insults and people throwing things led to a fight. If I had to put money on it, I’d bet that the pro-Israel bros just couldn’t let the Palestinian caravan pass without shouting back at it, and that’s what helped trigger the whole thing.

And the guy who got roughed up the most? He’s not even Jewish — he’s a Lebanese Armenian.

If you have any info about what went down, let me know.

PS: The LAPD is slowly arresting people suspected in the attack — two of them have already been booked. It’ll be interesting to see what’ll come out of the cases against them.

PPS: Initial stories, citing witnesses who didn’t want to be named, claimed the pro-Palestinian side was using antisemitic slurs. Maybe it happened, but I didn’t see it any of the videos.

You’re on the free list for Immigrants as a Weapon. For the full experience, become a paying subscriber.

Yasha Levine is a Russian-American investigative journalist and author. Levine, who was born in the Soviet Union, is a former editor of Moscow-based satirical newspaper The eXile. He has written the book Surveillance Valley: The Secret Military History of the Internet which was published in 2018.[/su_panel]

If you find the above useful, pass it on! Become an "influence multiplier"!
The Big Lie relies on your inertia to spread everywhere and hurt us all.