June 3, 2021
Please make sure these dispatches reach as many readers as possible. Share with kin, friends and workmates and ask them to do likewise. 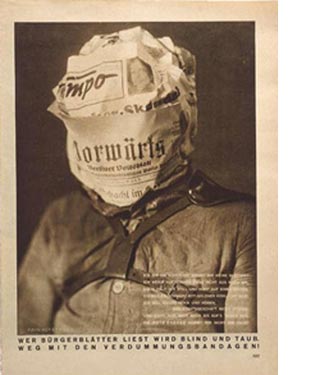 John Heartfield's famous photomontage of a newspaper cabbage head had the caption “Whoever Reads Bourgeois Newspapers Becomes Blind and Deaf!” The caption is even more true now as the 21st Century moves into its third decade.

Western reporting of all kinds is strained through the filters of corporate-dominated intellectual managerial classes in every sphere: science, law, culture, medicine, and finance, in foreign and domestic news media, in non-governmental organizations, and in multilateral international agencies. Directly or indirectly, every area of reporting has become increasingly shaped by corporate funding.

The Western intellectual managerial classes have generally abandoned fundamental reporting norms and standards. Western organizations and institutions claiming to be accountable and transparent are not – neither UN bodies nor regional institutions like the Organization of American States, nor any of the major international NGOs. Practically invariably, reporting by these kinds of agencies systematically omits facts inconvenient to their [intended] findings, denies relevant actors a fair chance to make their case, and systematically avoids corroboration of their findings by genuinely independent sources.

This chronic reporting crisis reflects the reality of class power relations in North America and Europe. As Henry Wallace wrote in the New York Times on April 9th, 1944. “The American fascist would prefer not to use violence. His method is to poison the channels of public information.” Wallace's comments prefigured the fascist union of corporate and government power in North America and Europe which since the time of the Cold War has successfully manipulated Western public opinion on every issue of international importance.

The corporate media are not just habitual liars, but liars of the worst kind: they sell the public constant war. 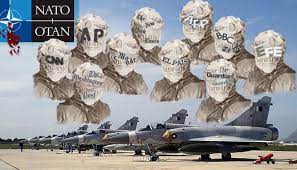 Thus, people in the West generally continue to see themselves as morally superior to people in the majority world. They continue to talk about their countries in North America or the European Union as democracies whose leaders mean well, have the best interests of their peoples at heart and generally seek to do good in the world. Every few years, Western electorates vote for which flavor of fascism they prefer, apparently unaware that dictatorships too have elections and elite leadership struggles.

These three articles, one from early 2019 and two from last year, along with the accompanying references, treat the case of Nicaragua and the failed coup attempt of 2018 as one more example of the West's chronic reporting crisis. It is a crisis which, in the most anti-democratic way, denies a true and fair account of events to people in North America and Europe.

Nicaragua's experience very much reflects the systematic poisoning of information sources in the West in relation both to other countries and also to other contexts, of which the sadistic persecution of Julian Assange is perhaps the most emblematic.

POLITICS OF THE WUHAN LEAK HYPOTHESIS: A scandal is being thuggishly covered up by a regime more interested in propaganda than human life