Home AMERICAN STUDIES Anti-communism, authoritarianism and repression are growing in the capitalist world 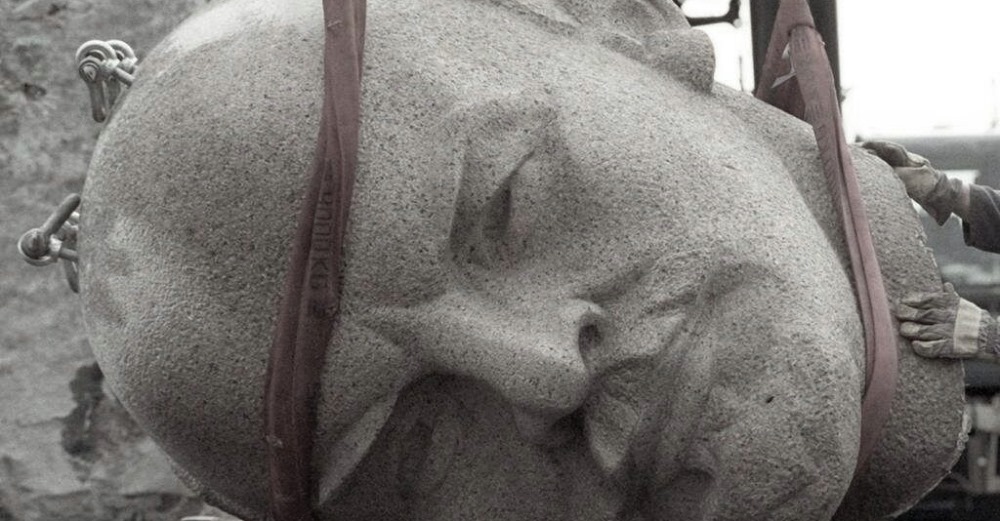 Lenin "toppled": the convenient rebellion of fools. Freedom at last from a spurious tyranny.

Authoritarianism in China? A place that nipped Covid in six weeks and ended poverty in 2020? Let's turn the camera, shall we? And let's fix it on the Western/capitalist bloc. Do you see any recrudescence of BOURGEOIS AUTHORITARIANISM in examples from recent times?
1. Slovakia: passes law on 1 Dec 2020 designating Czech and Slovak Communist parties "criminal organizations."
2. Poland: the anti-communist hysteria is well established in the persistent "witch hunt" against the communists that for decades has characterized the Polish bourgeois authorities on a dangerous undemocratic and reactionary ridge, with the complacency and encouragement of the EU. In fact, the persecutions, restrictions and criminal proceedings that have been conducted for years against the Communist Party of Poland (KPP), its daily “Bzrask” and their members are known “for the promotion of totalitarian regimes”. Furthermore, among other things, we remember the interruption of scientific conferences on Karl Marx organized by universities, the use of public institutions such as the National Memory Institute (IPN) for the dissemination of anti-communist propaganda and the establishment of a dangerous legal framework for communist persecution which includes the 2017 “decommunization law”
3. Serbia: they are contemplating and trying to enact an impediment to the New Communist Party of Yugoslavia (NKPJ) from participating in elections.
4. Spain: the Popular Party (PP) presented a bill to the Senate - where it has the majority - to ban communist symbols in application of the 2019 European Parliament resolution, equating fascism and communism, and attributing to the Soviet Union the cause of WW2.
5. France: Action Francaise (an old anti-communist/chauvinist org) is campaigning to demand the dissolution of the French CP from the Minister of the Interior.. Emblematic of authoritarian resurgence is the law on "global security" and the constant repression of protests, with the Macron government using the pandemic to amplify anti-people politics. The "global security" law seeks to give free rein to police violence, guaranteeing the police impunity (US cops are largely protected by similar legislation) and prohibiting the filming and broadcasting of images depicting policemen in action, such as the violence perpetrated by the police during demonstrations while another law criminalizes the occupation of university amphitheaters, a traditional practice of struggle of the French student movement. In the last period, there has been an escalation of repression, mistreatment and serious injuries of progressive protesters, workers in struggle, trade unionists, yellow vests and even undocumented migrant and foreign workers, as well as high school and university students.
(Meanwhile Macron, the SOB, gets slapped! And the political henchmen and flunkies of the global plutocracy immediately declare the affront "an insult on French democracy"!)
—The Editor

6. Greece: violent police aggression at the demonstration on November 17 and the arrests of hundreds of militants and cadres of the KKE, KNE and PAME and the proposed laws to further limit the right to strike and demonstrate.

7. Turkey: systematic violation of the right to strike (17 strikes have been banned since 2003).
8. India: strong popular protests, mass workers' strikes and peasant marches against the government's anti-popular policies are repeatedly attacked by police with several dozen arrests of union leaders, numerous injuries and at least 35 dead. (The strikes and mobilizations against the government involved more than 350 million people, dwarfing anything seen anywhere else or previously, and yet the Modi government still claims legitimacy.—Ed)
9. Belgium: 17 trade unionists - including the president of the FGTB trade union - were sentenced to one month in prison with parole for road blocking as part of a national strike