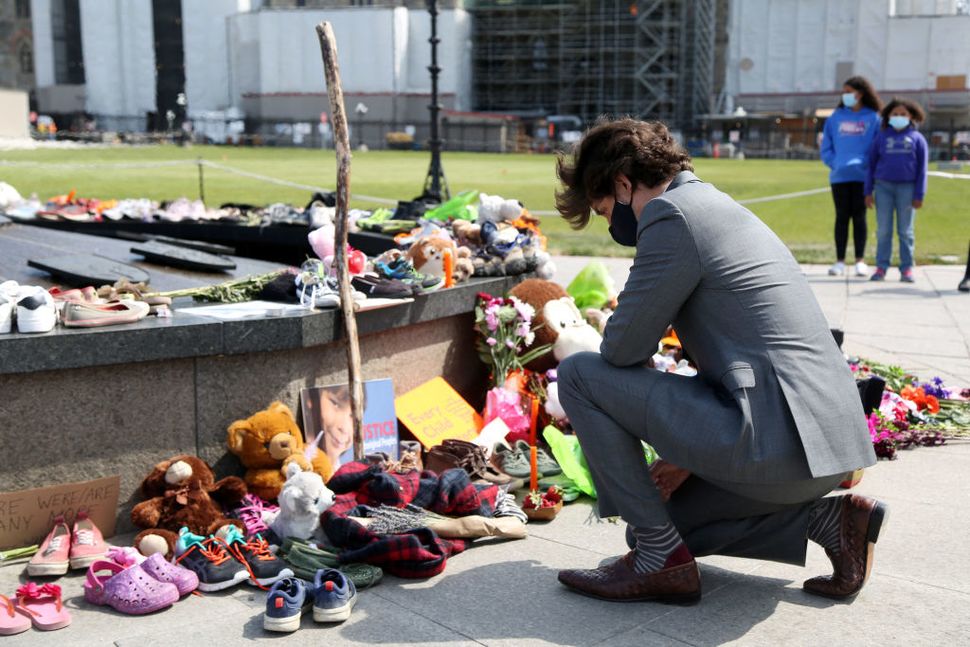 Canadian Prime Minister Justin Trudeau visits a memorial on Parliament Hill in Ottawa honoring Indigenous children’s remains found in British Columbia, on June 1, 2021. Canada's self-image as a moral nation is being rapidly shattered by her foreign policy policies of firm alignment with Washington, and wave after wave of ugly revelations. (DAVE CHAN/AFP VIA GETTY IMAGES)

In February I wrote,

As a rule, basic decency would require that one clean up one’s own yard (except in Canada’s case, the yard was stolen from its Indigenous peoples) before criticizing someone else’s yard.

This was in response to a plurality of members of parliament in Canada condemning China for committing genocide in the country’s Xinjiang province. It was flabbergasting, given that Canada is a state erected on the territory through a dispossession of its Original Peoples by European colonial-settlers. The dispossession was — and is — genocidal.

The Government of Canada takes any allegations of genocide extremely seriously. We have the responsibility to work with others in the international community in ensuring that any such allegations are investigated by an independent international body of legal experts.

This investigation must be conducted by an international and independent body so that impartial experts can observe and report on the situation first-hand.

That action would come back to bite Garneau and the MPs.

To those who listen to First Peoples and study how settlers came to rule over the First Peoples, the news announced on 27 May of 215 individual graves of children from the Kamloops Indian Residential School, while jarring was not surprising. The school, which operated from 1890 to 1969, had its hidden past revealed by ground-penetrating radar used by Tk’emlúps te Secwépemc First Nation in BC.

“To our knowledge, these missing children are undocumented deaths,” Tk’emlúps te Secwépemc Kukpi7 (Chief) Rosanne Casimir said. In a press release she said:

We sought out a way to confirm that knowing out of deepest respect and love for those lost children and their families, understanding that Tk’emlúps te Secwépemc is the final resting place of these children.

Many thought the discovered bodies to be the tip of the iceberg. That was in late May.

Less than a month later, the Cowessess First Nation in southern Saskatchewan, using the same ground-penetrating radar, announced with certainty 600, but possibly 751, unmarked graves in its community cemetery. 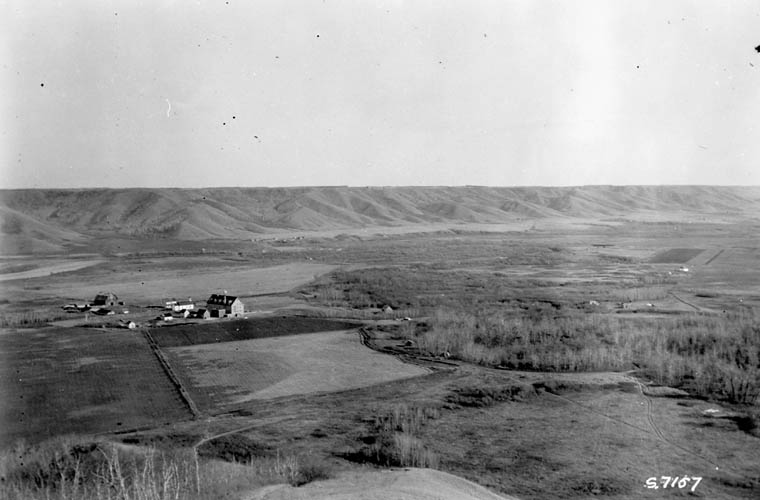 The Marieval Mission, as it looked in 1923. What happened here?

The graves belong to children from the Marieval Indian Residential School said Chief Cadmus Delorme. The school operated from 1899 to 1997.

Both schools were run by the Catholic Church. The Pope has yet to apologize.

Chinese officials who have welcomed everyone to come to Xinjiang were quick to notice the forked tongue of Canadian officials. China spokesperson Hua Chunying recognizes what genocide looks like.

Meanwhile Xinjiang has seen a noticeable bump in visitors to the autonomous region. 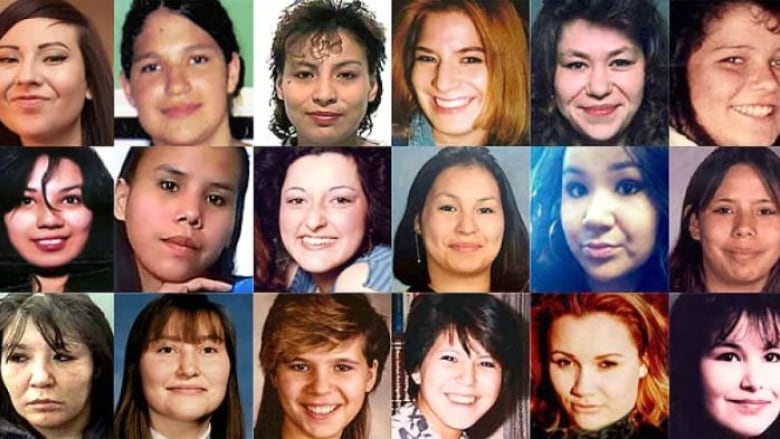 I emailed Kevin Annett who early on, as a United Church minister, spoke to atrocities in the logging town of Port Alberni on Vancouver Island. Annett, it must be stated, is a very controversial figure. But just because someone is off base or wrong on certain topics (and who is always correct?) does not mean that everything a person says should be dismissed. In a 2008 Tyee article he was ridiculed by a detractor: “Annett is busy with another one of his crusades against church and state, with new claims about a network of mass graves across Canada containing the remains of perhaps thousands of aboriginal children, murdered by priests and nuns.” The detractor, Terry Glavin, even went so far as to write that “the story of secret residential-school mass graves is an urban legend.” Ouch!

In Annett’s documentary Unrepentant, First Peoples spoke to abuse, trauma, torture, and deaths in residential schools. The number that specifically stood out was a woman holding a sign that read 50,000 killed. I asked Annett if he expected ground-penetrating radar to adduce the deaths at the residential school in Port Alberni?

Annett replied: “The general problem is that the serial killer is in charge and the truth works around the edges of the ‘mainstream’. GPR surveys have already been done at the Alberni death camp and the records are public info, also held in our ITCCS archives. They indicate sinkholes and massive soil dislocation.”

What about the churches — Catholic, Anglican, and United — how can they atone for the crime of genocide?

Annett: “The churches can only atone by being shut down and having their property and assets seized as criminal organizations – a requirement under international law; and having their officers arrested and jailed under standing warrants from our 2013 court action.”

Annett spoke to the role of the governments of Canada and its RCMP in the entrenchment of colonialism on First Nation land.

Annett: “But as long as they’re protected by ‘crown’ jurisdiction that won’t happen, hence the need for a new political arrangement – the Republic of Kanata (www.republicofkanata.ca).”