Home AMERICAN PROPAGANDA “The divine right of nations”: Reflections on the Fourth

“The divine right of nations”: Reflections on the Fourth

July 6, 2021 9 minutes read
Our articles depend on you for their effectiveness. Share with kin, coworkers and friends. 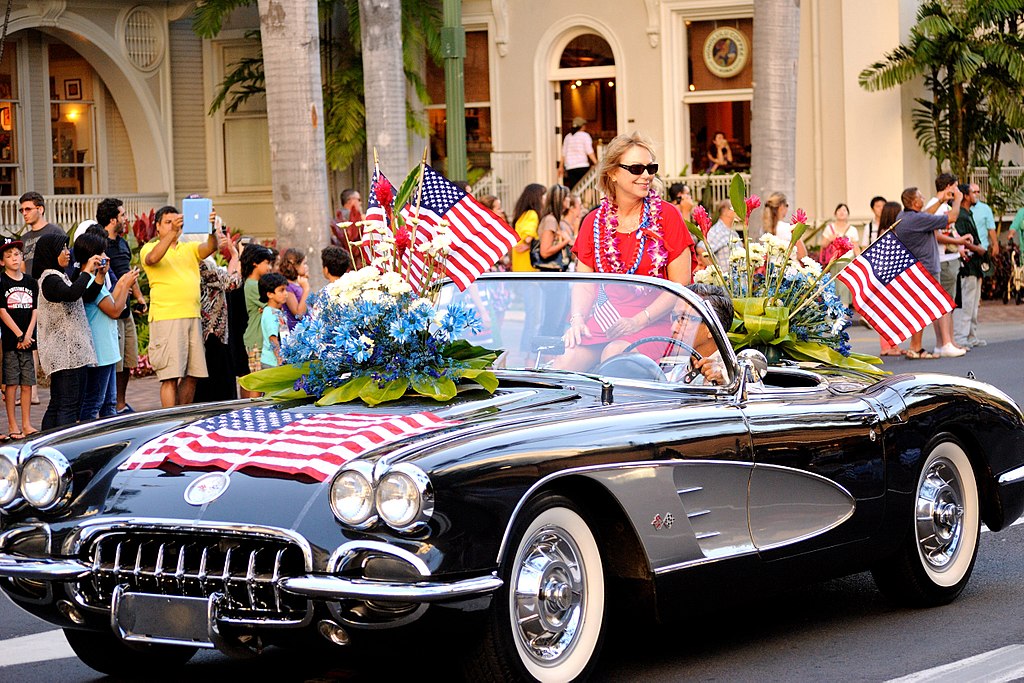 5 JULY—On cue Saturday afternoon, the martial music began on the classical station that has provided this household’s sound track for many years. It can’t be helped. There is no getting away from this sort of thing several times every bloody year: Memorial Day, Independence Day, Veterans’ Day (which should have remained Armistice Day, if you ask me, honoring a peace for once).

Some military band leader, speaking in sonorous cadences in a voice that just has to resound as if echoing, dedicated his featured offering to “all those who have served,” and then invited those in his audience “who have served in harm’s way” to stand up. I am not clear where all this took place and how many at that moment stood.

Then the inevitable medley. “Off we go into the wild blue yonder” was followed by “Anchors away,” which was followed by “The caissons go rolling along” and “From the halls of Montezuma.” No, I am not going to look up the formal names of these imperial marches, or figure out if there was another one for the Coast Guard, though there must have been: I had turned off the station as the Marines landed at Tripoli.

These occasions as we mark them have rung ever more hollow in the course of my lifetime. But never more so than this year, it seemed to me this weekend. America now withdraws from Afghanistan, leaving behind an egregious mess our leaders have no intention of apologizing for. We continue making messes in Iraq and Syria, refusing to leave the former despite Baghdad’s demand we do so, refusing to leave the latter despite the open-and-shut illegality of our military presence under international law. 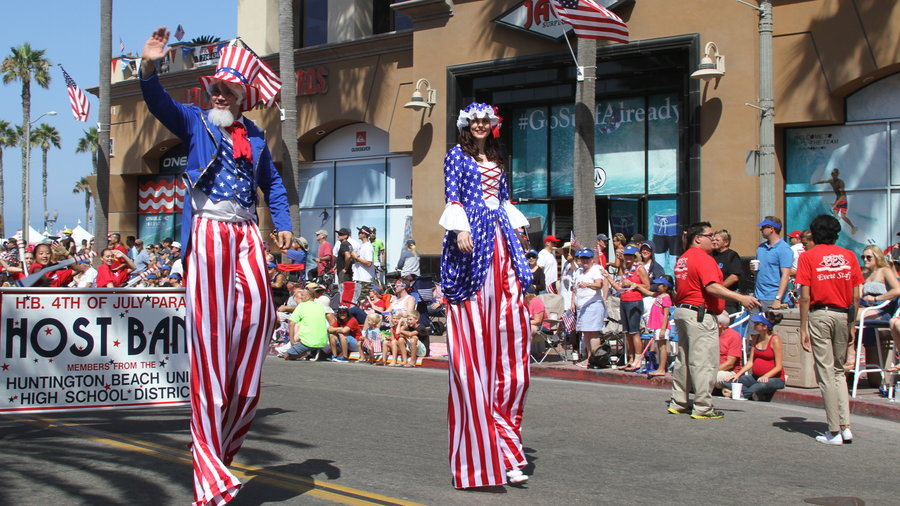 We do not have 800–odd military bases around the world, as commentators on these matters usually report. We have military facilities, various sorts of manned and unmanned installations, and bases that come to 800–odd. This is nonetheless well, well more than a sufficiency, as the English say. Northeast Asia, Southeast, Africa, all over Europe (Britain, Germany, Spain, Italy), all over the Pacific, and, of course, up to Western Europe’s border with the Russian Federation.

How hollow to celebrate on our Main Streets what our military is up to in all of this. How brazen a gloss on American conduct abroad. Peoria is comfortably distant from Damascus.

Among the things I noted while covering the late–Cold War dictatorships in East Asia—South Korea, the Philippines, Taiwan,  Indonesia—and the various authoritarian regimes nearby—Singapore, Thailand, Malaysia—was how dependent we Americans are on not looking too closely as we gaze out on what we call the international order we shaped after the 1945 victories. Only if one looked intently did any of us at home see the corruption, the violence, the deprivation, the psychological cruelty—all watched over by the American military at one or another distance.

With exceptions such as Kim Dae-jung, “the folks at home” knew few of the names of those tortured, in prison, or under house arrest (KDJ’s fate for years) because they sought only to be who they were, honor their cultures, and determine their futures for themselves. No, we kept our vegetable gardens, watered our lawns, washed our cars, drank our Bud, sent our children to school, and played bridge with the neighbors thinking of America’s East Asian allies—if we thought of them at all—as “miracles,” or “the four tigers,” or some other such fantastic formulation. 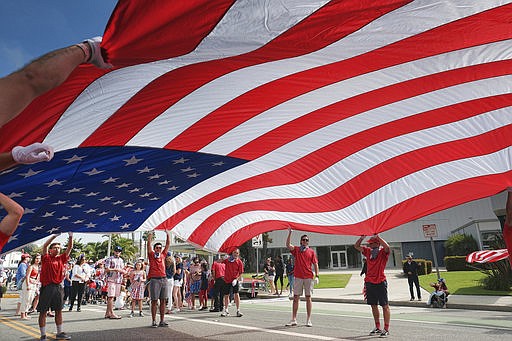 Are we doing anything differently now? Not that I can see. We rummage into the past each Independence Day, when neither a discouraging word nor a new thought of any kind is to be heard from sea to shining sea. We still do not care much for the present as it is.

These are among my thoughts as I listen to the sounds of the Fourth circulating everywhere this weekend. Meaning no disrespect to anyone in uniform simply because they wear one, in truth I do not think overmuch about those populating the armed forces. And when I do I think of them I think each and every one is individually responsible for the decision to enlist he or she made—for his or her assessment of what they were going in to do. One cannot be asked to participate in those decisions or judgments, or share responsibility by entering a grand game of pretend as to our goodness with “Semper Fidelis” in the background. They listened to Hendrix and smoked a lot of gage in the Vietnam bunkers because to listen to “Over There” would leave them to choose between bitter laughter and tears. They understood the disconnect, the essential departure. One honors these for their honesty by being honest in return this time each year.

(Ah, “Stars and Stripes Forever” emanates from the box as I write. Sousa, “the March King,” is said to have explained once that his inspiration for this one came from God.)

Nation-states, it occurs to me today, are imagined organisms—communities in some cases, hardly in all—that tend to be incapable of any change of course or self-correction the more they infuse their actions and policies with ideology. There is no admitting of a wrong—a fundamental wrong, I mean—no contemplation or planning for some new way into the world. This is the curse of victors: They proceed on the assumption they have it right and must simply proceed as they have. Only the defeated are given to self-examination and reinvention.

In America’s case, the very heavy load of ideologies now four centuries old rather seals the deal. How far have we come from the divine right of kings other than in name, I have come to wonder. How different in practice—on a field of battle, say, or on Capitol Hill—is  “In God we trust,” officially designated as America’s watchword in 1956 (as the Cold War blossomed) from Henry V’s Dieu et mon droit?

The organisms I describe have a psychological dimension we ought to consider. Those who pledge allegiance to the nation-state lose their full humanity, it seems to me after considerable observation. They take as eternal what is no more than an imposed form of organization considered wise in some former time. Their characters take on a certain rigid brittleness. They can no longer think for themselves (assuming they did at some point) and no longer want to. They have no access to life’s vibrancy, the moment-to-moment of the fully alive existence. Everything has been settled. So do they proceed through their days as if on a railway, missing entirely all that passes by on right and left, unable to see forward because they are seated too far back on the train but satisfied it is enough that the engineer and his conductors look out watchfully ahead.

In this fashion, nation-state identity is a blight, an anti-human declaration, on the individual plane a surrender as if living is too much trouble (which, indeed, it often is). Ideas become pernicious, Cioran advises in A Short History of Decay, when they are transformed into beliefs. “Idolaters by instinct, we convert the objects of our dreams and interests into the Unconditional,” he elaborates. “The real criminals are men who establish an orthodoxy on the religious or political level, men who distinguish between the faithful and the schismatic.” 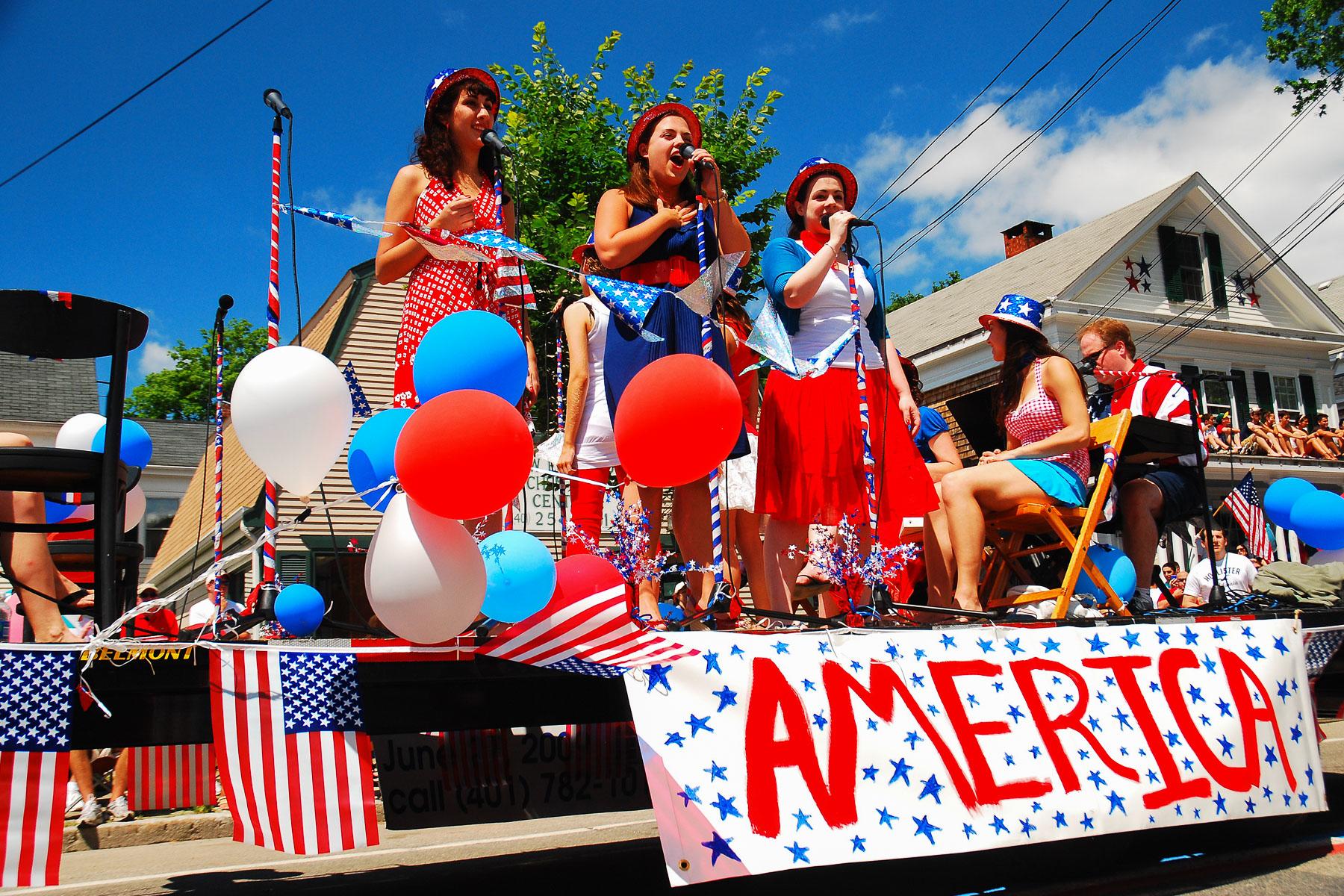 There are exceptions to this that lift the spirit. The Spanish after their empire fell is such a case (although there are complications). Postwar Germany is an inspiring case. Postwar Japan is another, but, again, there are complications. Nearer to hand is Gorbachev, who was capable of saying, “We’ve got it wrong” without becoming less Soviet or Russian. He managed this, it seems to me now, because he divorced ideas from belief and orthodoxy and so was able to think and act in the face of present facts. It matters greatly that he was swept aside, given how differently things may have turned out. This is almost everything but not quite: Gorbachev nonetheless proved something worth proving. He proved it is possible for a great leader to live in the present and respond to it with imagination, knowledgeable of the past but not bound by it.

These are vanquished people, let us note. The question is whether others not driven inward by defeat can take on such a process.

One does not see any figure with such capacities on the horizon in our troubled republic. Why, then, does one bother to advocate change of one or another kind, new directions, new thoughts? I ask this of myself frequently, to be honest. I manage various responses, some valid and some probably otherwise.

Here are a few.

One must vigorously urge the demise of a society led by believers (or people pretending to believe) who insist all must believe (or pretend to believe) in favor of a polity led by thinkers, preferably those who are compassionate and dispassionate all at once (and the paradox is merely apparent). One must bear witness to life and the living among us. And to the possibility of new thought despite all appearances, because the present is eternal only if we make it so.

One must sound those bells that are unheard but not cracked, speak the language that is seldom used but not forgotten. One must write or act as a refusal to roll down the hill in the great, empty barrel American culture has made of itself.

Information Filth Dressed Up as News—UN...