July 17, 2021
Please make sure these dispatches reach as many readers as possible. Share with kin, friends and workmates and ask them to do likewise.

Note: The Greanville Post has been sounding the alarm about this disgusting and cynical  jawboning, chiefly spearheaded by the Democrats (but now in full bipartisan embrace) for many months now, along with the equally disgusting maneuver (by the same Democrats), that fake news originate with alternative websites such as this, instead of with the mainstream media. As usual, few have been paying attention although the process has been literally in our faces all along. 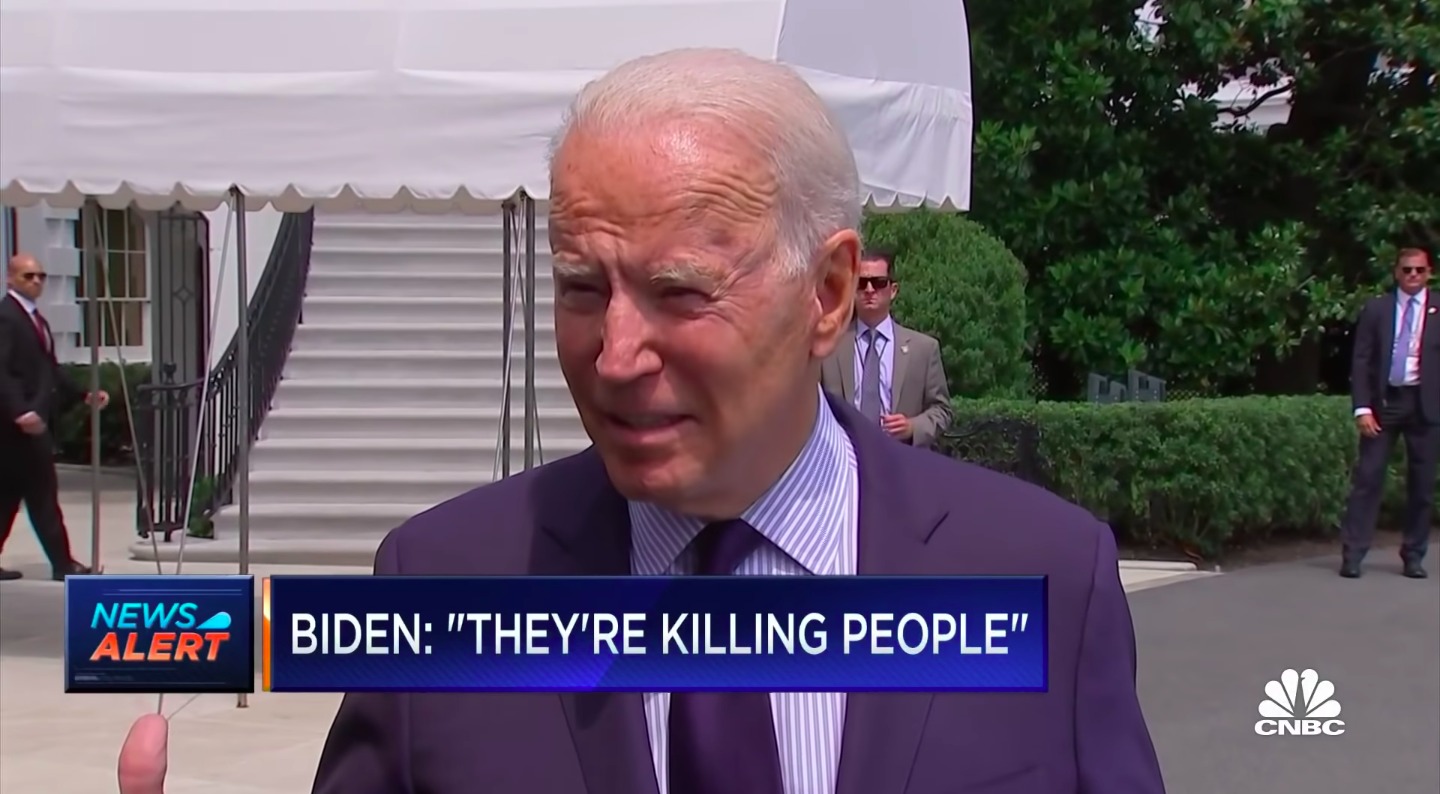 The elephant in the room with the ongoing controversy about the Biden administration’s push for more internet censorship is the fact that both the US government and the Silicon Valley tech companies who are being pushed to censor are acutely aware that those companies can be brought to their knees by antitrust cases and other regulation if they don’t censor people’s voices in accordance with the government’s wishes.

After Press Secretary Jen Psaki admitted on Thursday that the administration has given Facebook a list of accounts to ban for spreading “misinformation” about the Covid vaccine, she has now doubled down saying that people who circulate such materials online should be banned from not just one but all social media platforms.

“You shouldn’t be banned from one platform and not others for providing misinformation out there,” Psaki told the press on Friday.

When asked by the press for his thoughts on companies like Facebook, President Biden said the failure of those platforms to adequately censor posts about the vaccine makes them guilty of “killing people”.

Jen Psaki just suggested that people spreading misinformation be banned from other/all platforms if they're banned from one. pic.twitter.com/SlNXJTXi0I

When confronted about the extremely serious implications of a US presidential administration telling social media platforms who to censor, Psaki said the administration wasn’t censoring people but merely raising the issue with the tech companies.

“We don’t take anything down,” said Psaki. “We don’t block anything. Facebook and any private-sector company makes decisions about what information should be on their platform. Our point is that there is information that is leading to people not taking the vaccine, and people are dying as a result. And we have a responsibility, as a public health matter, to raise that issue.”

Psaki is not technically lying, but she isn’t telling the truth either. While it’s true that the Biden administration is not directly blocking or taking down social media posts, it is also making social media companies a Godfather-style offer they can’t refuse.

For years the US government has been making it abundantly clear to the giants of Silicon Valley that if they do not greatly escalate censorship of undesirable content per Washington’s instructions, there will be consequences.

In 2017 Senator Dianne Feinstein threatened social media platforms that, because of alleged Russian interference in the 2016 election, they need to start utilizing more censorship or else face consequences, saying, “You created these platforms, and they are being misused. And you have to be the ones to do something about it—or we will.”

In 2019 Louisiana Representative Cedric Richmond issued a similar threat, saying social media platforms had “better” start regulating what he considers harmful content on their own, or the government will take matters into its own hands.

“We have the First Amendment, and we’re very reluctant to pass speech laws,” House Judiciary Committee chairman Jerrold Nadler told The Washington Post in 2019. “But there’s a problem, and we have to deal with it.”

“Let’s see what happens by just pressuring them first,” Nadler added. “I’m reluctant to have regulation of speech. It usually goes too far. I don’t know we have to get there yet.”

Glenn, your view is that the mere “flagging” of this content by the Biden admin is itself a free speech / First Amendment problem? Because the flagging is inescapably coercive? If it’s flagging+, what’s the +?

As Glenn Greenwald noted on Twitter following the latest admissions from the Biden administration, executives from these tech companies are being regularly hauled before congress and “threatened with legislative and regulatory retaliation” if they don’t conduct censorship in alignment with the will of the US government. We saw this in 2017 when representatives from top internet platforms were brought before congress and told they needed to adopt a “mission statement” expressing their commitment “to prevent the fomenting of discord,” and we continue to see it through 2021.

The reasons change, but the agenda remains the same. Sometimes it’s foreign election meddling, sometimes it’s the Capitol riot, sometimes it’s domestic extremism and white supremacy, sometimes it’s misinformation about a virus and vaccines, but for every reason given the instruction is the same: censor online communications in accordance with the wishes of the US government. Or else.

These threats have been explicitly made, but really they did not need to be. Everyone involved in this dance is acutely aware that the US government has the ability to make things much harder and far less lucrative for these Silicon Valley tech companies. This could mean actions ranging from fines and minor regulations all the way up to the revocation of Section 230 protections or full-scale antitrust cases which can go as far as breaking up online platforms in the same way the government broke up AT&T and Standard Oil.

The stage is already set for massive antitrust measures to be implemented, with the House Judiciary Subcommittee on Antitrust finding last year that corporations like Facebook and Google are guilty of monopolistic practices, and some less severe antitrust cases are already underway.

So now we’ve got worldwide online speech being herded onto a few monopolistic platforms, and the government forcing those platforms with increasing brazenness to censor that speech in alignment with its dictates under threat of total destruction. The effect being, of course, US government control of a vast swathe of public speech, not just within the US but around the world. Which means an ungodly amount of narrative control, the ultimate prize for anyone who understands real power.

NOTE THAT THE MAINSTREAM MEDIA, ESPECIALLY CABLE NETWORKS, ARE EAGER TO ACT AS ENFORCERS FOR THE POLITICAL ESTABLISHMENT. They are effectively in competition with the Big Tech's social platforms, increasingly used as news sources. 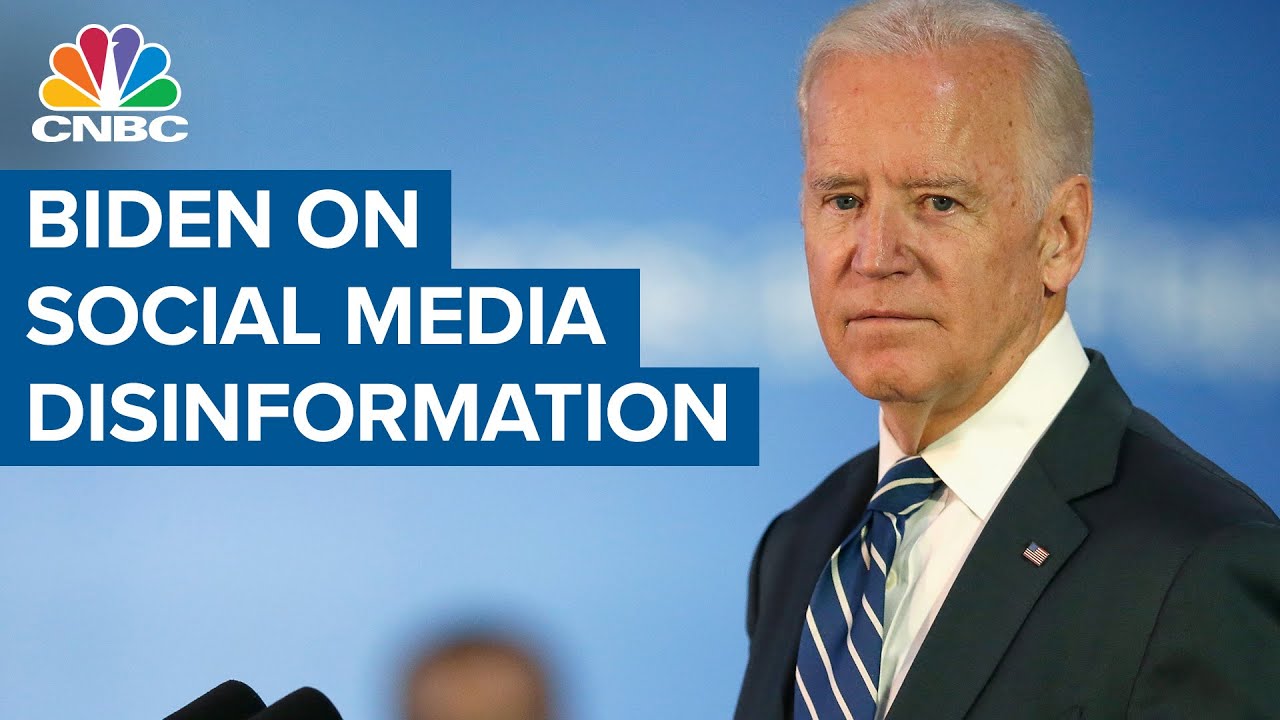 So while antitrust laws ostensibly exist to protect the citizenry from corporate power, here they are being leveraged to ensure the union of corporate power and state power. The carrot is billions of dollars, and the stick is the threat of painful government intervention.

And that’s exactly what could easily happen. Facebook, Google/Youtube or Twitter could easily be regulated into dysfunction or broken up into smaller companies, and then some other more government-aligned corporation could be allowed to take their place. Silicon Valley billionaires are hardly known for being the most principled people in existence to begin with, so that threat is all it would take to ensure they conduct themselves in alignment with the will of the empire.

This is just one of the many, many types of glue that keeps power structures aligned with one another’s interests within the US-centralized empire. If you want to be a billionaire and control massive amounts of wealth, you have to collaborate with existing power structures. Otherwise you won’t be allowed in, and if you are in you’ll be kicked right out.

It’s always easier to move with power than against it. That’s why ambitious journalists promote the imperial narrative, it’s why new money plutocrats always wind up aligning with establishment interests, and it’s why so many other nations align with the US.