Many in the Chilean oligarchy, like the rest of the Latin ruling classes, have only revulsion and contempt for ordinary Chileans. This almost guarantees a class war.

August 3, 2021
HELP ENLIGHTEN YOUR FELLOWS. BE SURE TO PASS THIS ON. SURVIVAL DEPENDS ON IT.

Many Americans have become accustomed to hearing that every presidential election is “the most important in a generation.” But for Chileans like myself, these words were undeniably true when describing our election on May 15 and 16.

Following a November 2020 referendum in which 80 percent of voters supported a new constitution, 155 constitutional delegates were elected in May to design the legal and political framework for the country’s future. Independent candidates, mostly of the left and center-left, received almost one-third of the seats. Seventeen seats were reserved for indigenous groups for the first time, and gender parity at the constitutional convention was guaranteed following the passage of a March 2020 law. All told, pro-reform candidates won 60 percent of seats.

Why are Chileans so excited to change their constitution? The current one, as any Chilean labor activist will tell you, has some serious issues when it comes to social and economic rights, to put it mildly. It was written by ruthlessly anti-labor neoliberal intellectuals from the Pinochet dictatorship and enshrined the idea that public services and fundamental social rights are subservient to the market and private interests. A new constitution could therefore open the doors for a radical transformation of Chilean society. 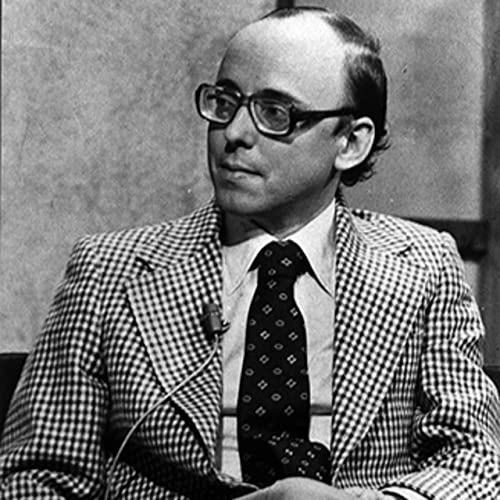 The "mojigato" (sanctimonious hypocrite) Jaime Guzman went to mass every day. His piety did not keep him from enabling the regime of butcher Pinochet.

SOLD TO THE HIGHEST BIDDER
Jaime Guzman, the architect of the current Chilean constitution, was given the authority to write a new constitution in 1979 by none other than General Augusto Pinochet, the brutal fascist dictator who murdered and tortured thousands of union leaders and leftists during his 17 years in power. The Pinochet dictatorship—put in place and supported by the United States—instituted a vicious pro-free market agenda which turned the country into a social experiment. The dreams of market fundamentalists such as Milton Friedman, who had imagined a society with a minimal role for the state, could finally be implemented without popular resistance.

Among other things, this meant creating an economy in which every social service and governmental program could be subcontracted, privatized, and severely deregulated. Everything—education, social security, health care, natural resources (even drinking water)—was to become a business to be sold to the highest bidder, or sometimes just the bidder who was related to the generals. Poverty rates exploded and inequality soared—while some people made enormous amounts of money.

In 1989, a combination of mass protests and rising international condemnation forced the dictatorship to call for elections. But the Chilean oligarchy—which consists of the traditional land-owning aristocracy and newer generations of capitalist families—knew that though the dictator would fall, their constitution would stay intact. This meant, as Guzman predicted, that any significant changes would be rendered impossible. Thirty years later, Chile continued to have an extremely high level of economic inequality, with the highest income gap in the OECD countries.

A DECADE OF MOBILIZATION

The recent uprisings for change in Chile—the background for the constitutional convention—are the culmination of more than ten years of growing social movements and mass mobilizations. 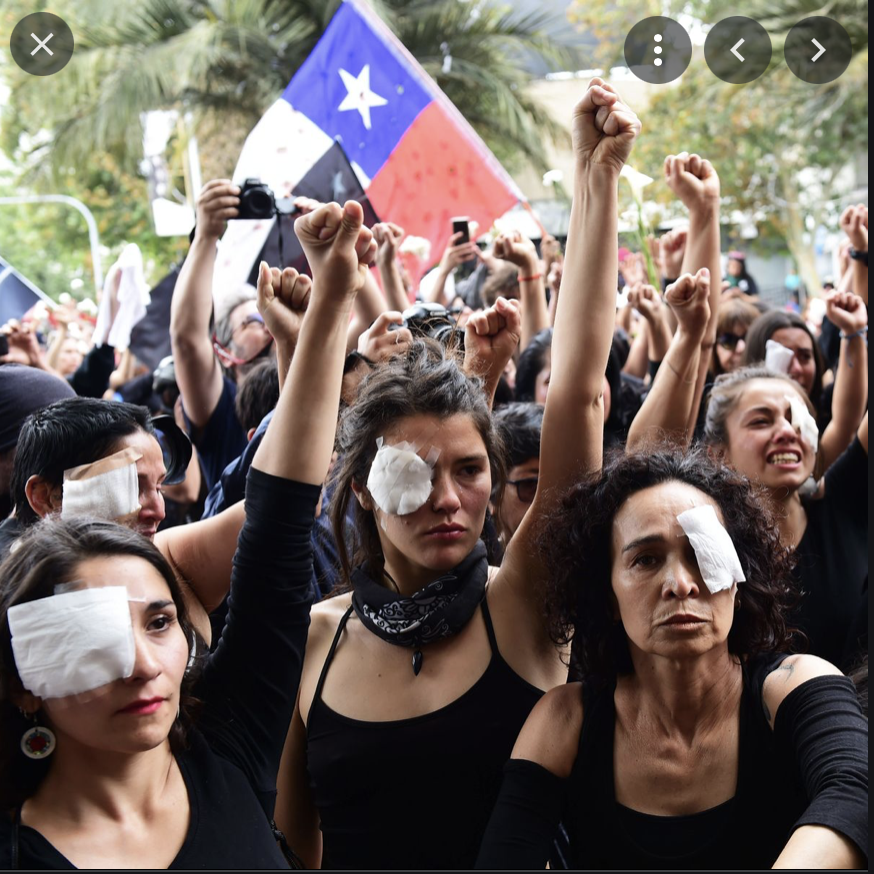 The police are now using methods learned from Israeli trainers in "riot control": shooting protesters in the eyes.

In 2006, hundreds of thousands of high school students shut down their schools, demanding a radical overhaul of the economically segregated K-12 education system. In 2011, that same generation, now older, shut down all major universities in the country for a whole year, mobilizing close to a million people in the streets around similar demands.

They added a few new ones as well, such as free higher education for all. The government responded each time by repressing the protests, and then agreeing to incremental and insufficient improvements that fell far short of the students’ demands. At the same time, the Chilean feminist movement began consolidating around demands for the right to abortion (outlawed under the constitution) and against gender-based violence.

Workers’ rights were also at the root of the historic protest movements. The obscenely low pensions most Chilean workers receive came to the fore as an issue in 2016 with the formation of the No Más AFP (Asociación de Fondos de Pensiones, or Association of Pension Funds) movement, spearheaded by labor leaders and social movement activists. Large protests—led in part by unions—demanded decent pensions and an end to the privatized social security system.

Throughout the 2000s and 2010s, dozens of peaceful protests around these and other issues were organized and purportedly progressive governments were elected. But nothing seemed to work in getting the ruling elites to let go of the economic and traditionalist Christian models they had imposed by force in the ‘70s and ‘80s. The constitution continued to serve as an unbendable bulwark against all the efforts and wishes of the majority of the population.

In October 2019, when subway fees were suddenly increased, high school students refused to pay and began jumping the turnstiles en masse. Protest momentum had been building for decades. When the spark hit, there was a social explosion, an “estallido social,” as the protest movement has come to be known in Chile.

Thousands of people of all ages across the country joined in, refusing to go to work, blocking major streets, and even burning buildings, buses, and subway stations. By October 25, in what has since been named “Chile’s largest protest,” there were more than 1.2 million people in the streets of the capital city of Santiago alone. 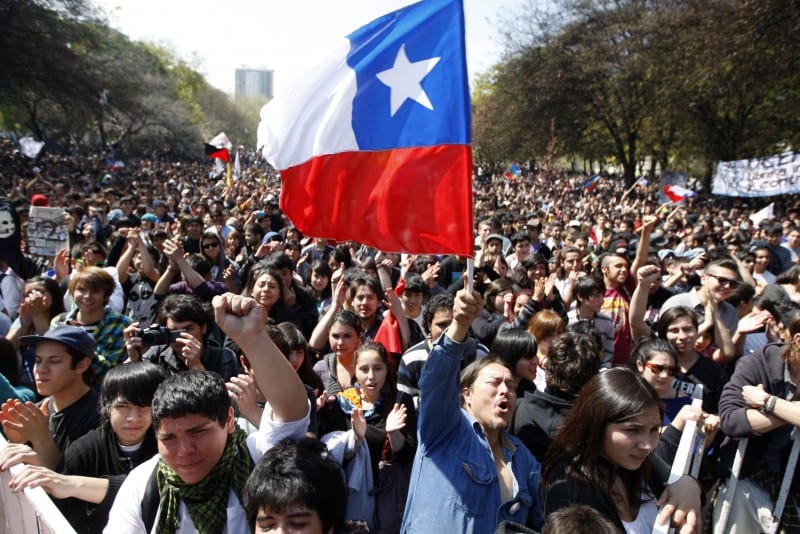 In this context of generalized resistance, the Chilean political class began to panic. And then, all the major labor unions announced a general strike on November 12. The two-day general strike, which included the powerful mineworkers’ union federation, the public teachers’ union, and the port workers, was the straw that broke the camel’s back. Just three days later, on November 15, representatives from most major political parties agreed to call for a referendum on a constitutional convention, opening the door to finally putting an end to Pinochet’s constitution.

But following the historic success of the November 2020 vote for constitutional change, a big question remained: who would be chosen to write this new constitution? The political parties and ruling elites still had an opportunity to prevent any major changes to the political and economic system by getting conservative delegates elected to the convention. And they would do whatever it took to make sure of that.

THE BEGINNING OF THE END: THE MAY ELECTION

Ruling elites spent millions of dollars supporting neoliberal candidates. All they needed to get was one-third of the convention delegates, which would be enough to veto any decisions and thus prevent any significant departures from the current system. Most analysts and experts predicted this would be the case.

But when the results started to come out on May 16, there was a shockwave felt across the country, as the old regime crumbled to the ground. The right wing won only 24 percent, far less than the 33 percent they needed for a veto. Combined, the traditional establishment parties overall only got 40 percent. The remaining 60 percent was won by a combination of representatives of indigenous tribes, left parties, and left-wing independents.

“The important thing is that those who voted expect that this great process will take us out of the misery in which the governing political parties have kept us since the dictatorship,” said Claudio Sagardias, the president of the Confederation of Commerce Workers, which represents retail and grocery store workers.

THE STAKES FOR WORKERS

When it comes to the implications for workers, let us start by stating the obvious. The privatized and economically segregated pension, education, and health systems are over—it is unlikely that there will be a two-thirds majority willing to vote to maintain the way in which these social programs function today—the delegates have a clear mandate and the numbers to implement sweeping changes on these issues.

Less clear is what will happen with unions and workers’ rights. The current constitution and legal system are extremely hostile to the formation of powerful majority unions. Perhaps the most glaring example is the enshrinement of “freedom of unionization” as the conceptual framework in which organizing rights are understood. This means that unionizing is an individual choice instead of a collective right, which in turn guarantees that every worker can join—and leave—a union whenever they want.

Similar to the impact of right-to-work laws in the United States, “freedom of unionization” has made it very easy for employers to incentivize and pressure workers to leave unions and very difficult for labor organizations to sustain or build their membership and their power.

Secondly, labor unions are circumscribed by the constitution to a particular employer. Under Chilean law, an employer can make each of its workplaces a separate legal entity. This means unions can be limited to one workplace and not allowed to represent or bargain on behalf of other workplaces, even those managed by the same corporation.

There are many more examples of how the legal framework designed by the dictatorship goes to great lengths to prevent unions from wielding power. As a result, many, if not most, labor unions in Chile are fragmented, weak, and short-lived. When a progressive government recently attempted to pass labor legislation that would have significantly strengthened unions, it was ruled unconstitutional.

Just as the current constitution drastically stifles the potential power of Chilean workers, a new constitution could open the door for a radical transformation of the labor movement and increased bargaining power for Chile’s working class:

Any of these things by themselves would fundamentally improve the organizing opportunities for workers in Chile. All of them together could transform Chile into a beacon of worker and union rights for the entire region. What is undeniable is that this fight is just beginning, and Chilean workers and unions will need to do everything in their power to make sure this opportunity becomes a reality.