Short of using nuclear weapons, in which case everybody loses, the US has no way to subdue China or Russia, let alone both.

August 10, 2021
HELP ENLIGHTEN YOUR FELLOWS. BE SURE TO PASS THIS ON. BREAKING THE EMPIRE'S DISINFORMATION MACHINE IS UP TO YOU.

USN carrier battle group headed by the USS Ronald Reagan. The US remains a formidable maritime power, especially its submarine fleet, but its assets are no longer capable of confronting the combined force of Russia and China, nor their advanced strategic and tactical technologies

The US Navy kicked off Large Scale Exercise 2021 (LSE 2021) on Tuesday, which is the "largest of its kind in 40 years," Stars and Stripes reported on Monday. Although the US did not name the drill's target, it had sent a strong signal of aiming at China.

Almost at the same time, the US Indo-Pacific Command launched Large Scale Global Exercise 21 (LSGE21), which runs from Monday to August 27. It incorporates military forces from the US, the UK, Australia and Japan's Self-Defense Force. In addition, the Malabar naval exercises, which involve the US, Japan, India and Australia this year, is scheduled to take place in later August.

These latest exercises mirror the US hope to deter China, while trying to test and boost the combat capabilities of US troops, in terms of whether the US can fight China at the same time in the two oceans - the Indian Ocean and the Pacific Ocean - in case a war breaks out.

Stars and Stripes quoted US Naval War College professor James R. Holmes as saying that the LSE 2021 aims to demonstrate that US naval and Marine forces can deny adversaries control of the seas, and "the US hopes to prevent China from occupying Taiwan" or "seizing" the Diaoyu Islands where China and Japan have a dispute.

Granted, certain politicians in Washington have said that US does not support Taiwan independence, and the US may not overly stir up trouble in terms of disputes concerning the Diaoyu Islands. But politics and military are different and separate. US politicians can say one thing while the Pentagon does another, as from a military perspective, the US would want to prepare for the worst-case scenario.

Moreover, the LSE 2021, which includes units in 17 different time zones, is definitely not just aimed at Taiwan or the Diaoyu Islands.

If this is not a drill, but a real battle, it is far from a local war, but a full-scale one. 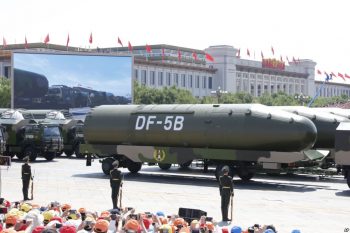 
"Analysts perceive Large Scale Exercises 2021 as a message from the United States to Russia and China that it can handle a simultaneous response to aggression on multiple fronts," US media The Defense Post reported on Tuesday. Yet the truth is, the US military may be able to deal with small countries, but even that won't be easy. If it wishes to confront China and Russia simultaneously, the US does not have such capability. After World War II, the best performance the US military had showed was in the Vietnam War. Yet the US still lost the war despite that Vietnam was a medium military power.

Now, even if the US barks out loud about these large military exercises, what the North American country really showed is its severe lack of self-confidence. Even during the Cold War, a drill on the scale of the LSE 2021 was not common. Taking place today, it simply shows how worried the US is with its combat capability to confront countries like China and Russia. 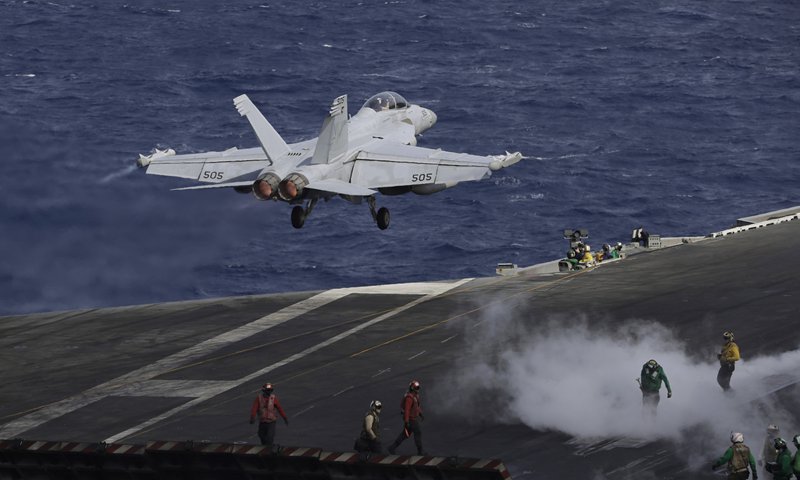 US media outlets said this is "a return to similar Cold War exercises." This is not precisely a "return." US military strategy has always been adhering to the military strategy of WWII and the Cold War - focusing on deterrence. But what the US should really deliberate about is how to handle future wars, modern wars, with countries as strong as China and Russia, where deterrence no longer works.

Over the past decades, the US has launched wars against smaller countries. With its overwhelming advantages in high technologies and in the US system, US opponents had a difficult time fighting back. However, if its target turns to China or Russia, the two countries with robust systems, strong combat capabilities and nuclear weapons, the US has no experience. 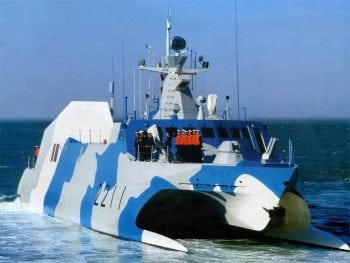 China's Type 22 Houbei ship—versatile and powerful, and China, like in almost all categories, is making lots of them.

The ongoing major power game between China and the US is exhausting the latter, so it is eager to show some deterrence through such military exercises. But China is not the Soviet Union. China's military capabilities are striding forward, with constantly improving comprehensive strength and technological power. The US will only find it difficult to reach its goals by carrying out such military drills.

LSE 2021 demonstrates the US Navy's ability to "employ precise, lethal, and overwhelming force globally across three naval component commands, five numbered fleets," the US Navy said in a press release on Tuesday. But to fight China, that is far from enough. If a real war breaks out, the US will need to give its all - deploying all its carrier strike groups and amphibious-ready groups.

The US is facing a severe epidemic of COVID-19 at home. Over the past year, the country has shown how poorly it is in terms of organization and discipline in the battle against the virus. The large-scale exercises will inevitably bring about personnel gatherings. Taking into account the US' loose prevention and control measures, it is highly likely that the drills will eventually turn out to be a hub of a new wave of COVID-19 epidemic.

The article is compiled by Global Times based on an interview with Song Zhongping, a Chinese military expert and commentator. opinion@globaltimes.com.cn