And we could easily mention more, but this will suffice to take this damned system to the gallows

Published: September 13, 2021Last Updated on October 1, 2022 5 minutes read
HELP ENLIGHTEN YOUR FELLOWS. BE SURE TO PASS THIS ON. SURVIVAL DEPENDS ON IT.

While people (in the West) never cease talking about putative "victims of Communism", everyone turns a blind eye to the very real and far more numerous victims of capitalism, product of relentless exploitation, unnecessary war and similar scourges. 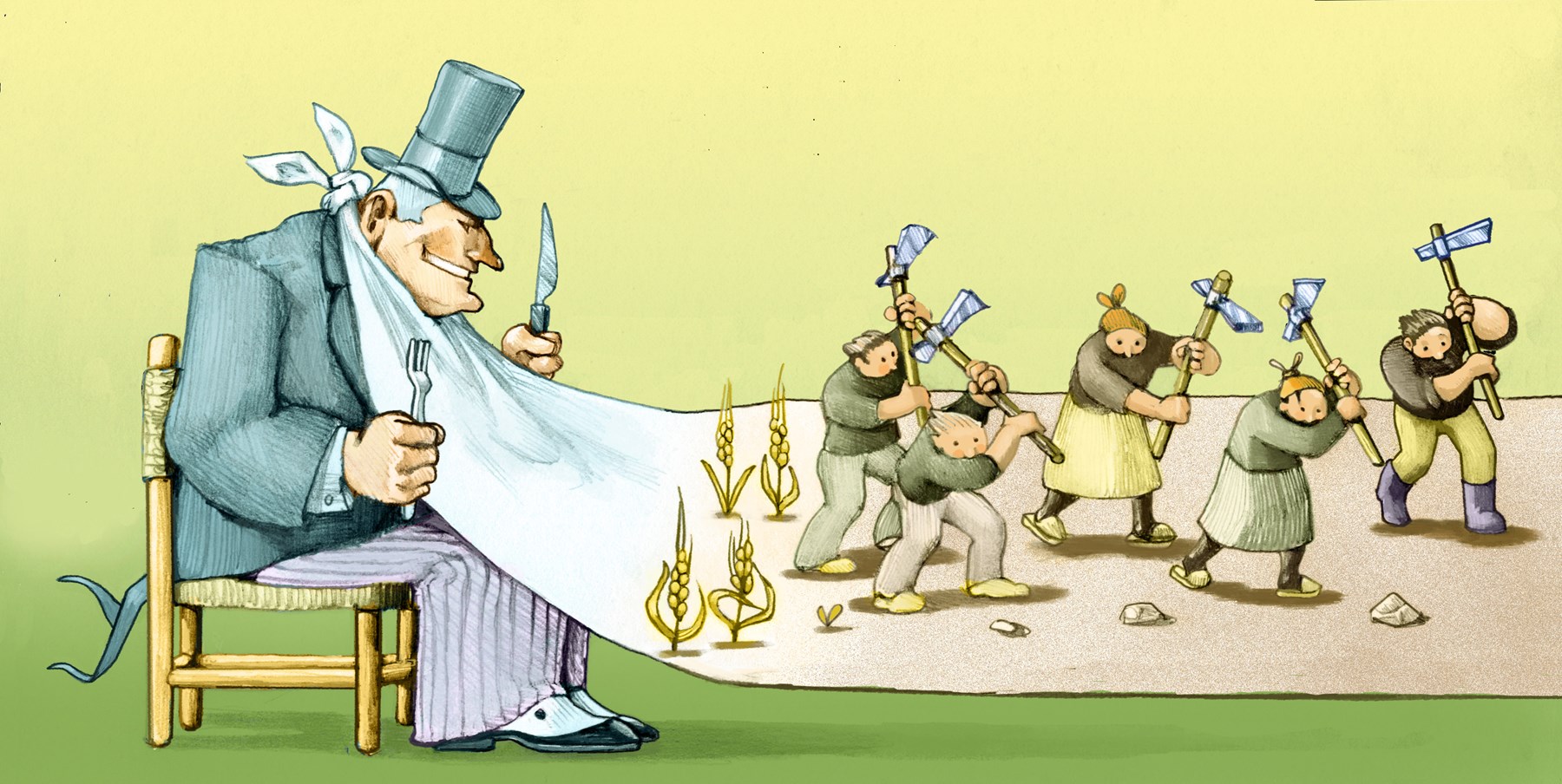 Illustration accompanying a libertarian tract defending capitalism and supposedly "proving" it is not the plague its critics  accuse it of being.

By Meshed Gears (aka Hermit)

Firstly, the removal of the commons, eliminating the ability of people to support themselves without working for the oligarchs, the wealthy and powerful, who appropriated the commons between the 15th and 19th centuries. 1

Secondly, the theft of labor. Because as Smith noted, all added value is created by labor, and, as Marx pointed out, labor cannot be paid the value of the work performed by them, because that would prevent the capitalists, the oligarchs controlling the means of production, from profiting by accumulating the surplus value.

Thirdly, the theft of the environment, because capitalism is unsustainable, despoiling nature for profit and leaving a world unsuited to the life that has evolved for it, including humans who, as the apex predators, are uniquely dependent on the health of the entire underlying ecosystem. 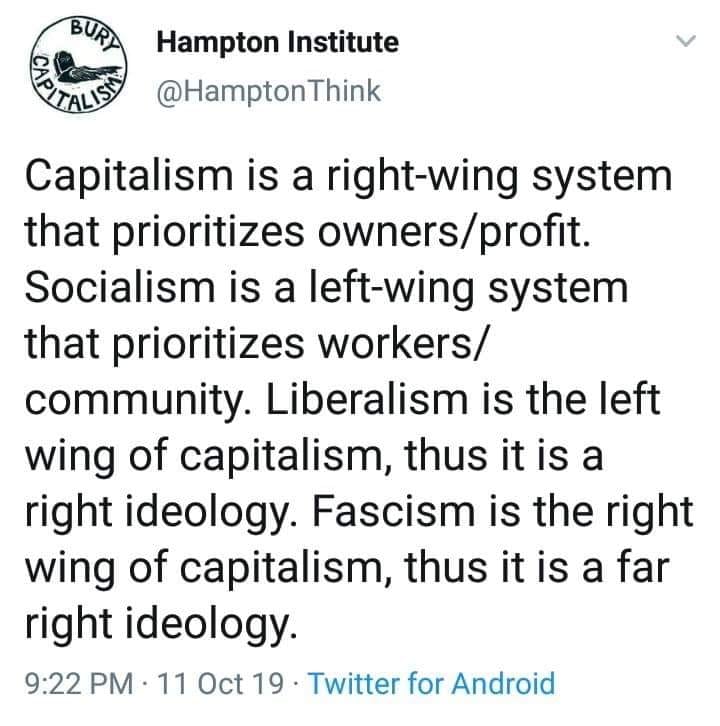 Fifthly, the theft of wealth. Because a diminishing number of people are able to find well-paid work, and aside from the oligarchs and their hangers-on, those that do are working harder, and longer for ever-decreasing rewards, and far less certainty, than ever before, workers increasingly cannot afford to purchase the goods they produce, even as the collapsing ecosphere pushes prices higher, failing economies reduce opportunities for growth, failing safety nets cause reductions in the quality and length of lives, and failing systems make it harder and more expensive to achieve anything.

Sixthly, the theft of a future. Largely because of capitalism, humans are on the cusp of extinction. Almost certainly before 2050, most probably before 2040, and quite possibly before 2030. It need not be this way.

Contrasting the People's Republic of China, which has lifted millions of its citizens from poverty, even as the US sees millions of its citizens falling into poverty, the writing is already on the wall, and only a fool would attempt to deny it. Capitalism has failed. This is not purely due to greed, and capitalism's success in concentrating wealth and power into the hands of a few, but because, as Marx predicted in the 1840s in "The fragment on machines", part of Grundrisse, capitalism will end when what he referred to as self-motivating machines and we know as AI and automation, are able to replace human labor, as that will end the trend to reduce profits over time intrinsic to capitalism, and remove the redistribution of capital needed for people to purchase products, ending the market.

If we hope to miraculously avoid near-term human extinction, we will complete the on-going transition away from a fascist (by definition), totalitarian (by incarcerates), blended capitalistic (for the poor), socialist (for the wealthy) system in the process of causing complete ecological, economic and social devastation, to an egalitarian evaluistic system where all humans experience similar outcomes based on the principle of "from each according to their ability, to each according to their needs".

Notes
1 Refer  Kevin A. Carson (2011-02-11). The Iron Fist Behind the Invisible Hand: Capitalism As a State-Guaranteed System of Privilege. The definitive critique of our economic system since its beginning to the present day. Mutualist.org. https://www.filmsforaction.org/news/the-iron-fist-behind-the-invisible-hand-corporate-capitalism-as-a-stateguaranteed-system-of-privilege/ for a comprehensive analysis.
2 http://bit.ly/Evaluism “Evaluism”

© Hermit 2020 This work is licensed under a Creative Commons Attribution-NonCommercial 4.0 International License