Home AMERICAN DUPLICITY Venezuela on the Road to Political Consensus

Guaidó is a filthy traitor, but he had powerful enablers in London, Washington and Paris.

By Alejandra Garcia on September 5, 2021 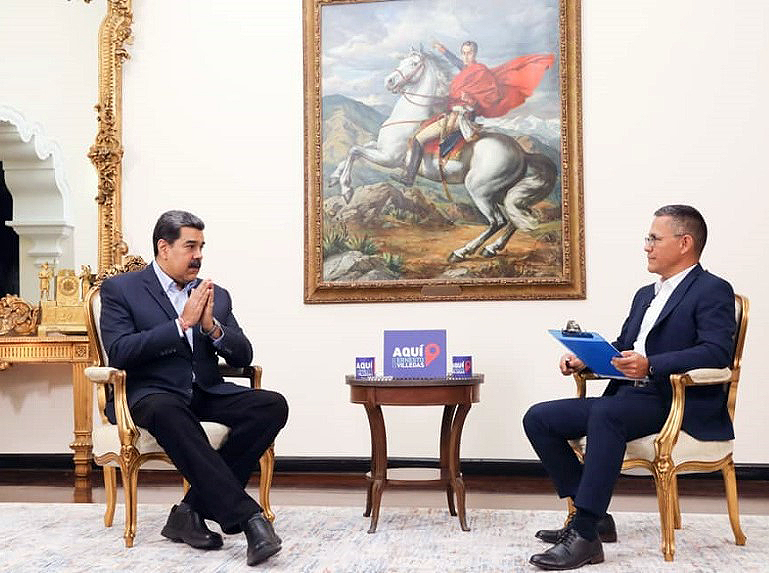 As of September 3, the government of President Nicolás Maduro has resumed talks with the Venezuelan opposition to reach a consensus, demand an end to the sanctions imposed by the United States and other Western powers, establish an electoral timetable and build a Venezuela for all.

The eyes of the world are on Mexico, the neutral ground where this new round of talks, which began on August 13, is taking place behind closed doors and without press access.

Already on more than one occasion, the government representative in the talks, Jorge Rodriguez, has urged the international community to stop “threatening and putting pressure on Venezuela” and “stop speculating” on the course of the discussions.

“We are under the hypercritical gaze of media emporiums and right-wing governments that want to contaminate this process so necessary for our country. They blame President Maduro for the situation Venezuela is living when the opposition has promoted political division and urged the imposition of sanctions against our people,” Rodriguez warned.

The first point of the negotiations was political rights for all, regardless of their ideology.

“We have many rights to claim. For example, the right to respect of our Republic and political life. We will not tolerate injustices. The opposition cannot fail to recognize the results of an election just because it did not win it,” Rodriguez explained, alluding to what happened during the last parliamentary elections, at the end of 2020.

The Bolivarian nation will not forget the traitors either. Juan Guaidó, the self-proclaimed president of Venezuela on January 23, 2019, will not have impunity despite the dialogues with the opposition he represents.

Guaido was not elected by anyone. He was not even a candidate in May 2018, when the legitimate and legal elections were held in Venezuela to choose the president. He was just some guy Venezuela’s right-wing chose in complicity with the U.S. to play the role of a pretend “popular” leader.

“That is why impunity will not be negotiated, whether the talks are in Mexico or on Mars. What there will be is justice, deep justice, because they have done so much damage to the Venezuelan family’s life,” Maduro said during an interview for Venezolana de Televisión.

Guaidó is the protagonist of the robbery of the CITGO company, a subsidiary of the Venezuelan state-owned oil company PDVSA in the U.S. He is also responsible for the seizure of more than $8 billion and the theft of more than $2 billion dollars in gold deposited in the Bank of England.

Not to mention the sanctions imposed on the country, which followed the opposition’s request and limited exports and therefore the development and economic growth of the Venezuelan people.

“The damage is irreparable,” Maduro said. His government opened 25 cases against Guaidó, who is under investigation for usurpation of functions, corruption, capital legitimization, continued public instigation to disobey laws, and aggravated embezzlement.

We are taking the correct steps, Maduro added. We hope it will serve as a bridge for direct negotiations with the U.S. administration and not indirect ones, as it is currently happening. For the Bolivarian government, Venezuela’s far-right-wing is nothing else but politicians who follow US commands.

Since his arrival to power in 2013, Maduro has shown his willingness to dialogue with the opposition as the only way to solve the nation’s internal issues. But it is not just ‘a simple’ negotiation that is going on in Mexico. The Bolivarian government has said loud and clear that the premise for achieving consensus will be mutual recognition and respect.