Paul Craig Roberts is a widely-renowned political analyst and a familiar contributor here at OEN. He was Assistant Secretary of the Treasury for Economic Policy under President Ronald Reagan, associate editor and columnist with the Wall Street Journal, and columnist for Business Week and the Scripps Howard News Service. We are extremely honored that he took the time to talk to us and share his views. 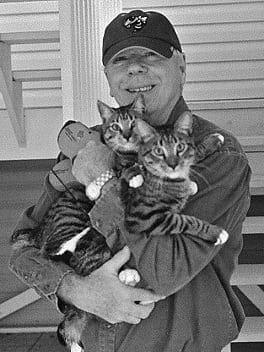 Dr Roberts and his feline children at home

Events are unfolding at a quickening pace. Facing an alarming escalation in tensions around the world, we are looking to our most respected and renowned thought leaders for an honest assessment of both U.S. foreign and military policy to offer their most current thoughts and insights. We know they have some ideas for improving the prospects for peace.

Paul Craig Roberts is a world-renowned political analyst. He was Assistant Secretary of the Treasury for Economic Policy under Pres. Ronald Reagan; associate editor and columnist with the Wall Street Journal; and columnist for Business Week and the Scripps Howard News Service. We are extremely honored that he took the time to talk to us and share his views. His responses below are exactly as he provided.

The questions here are not philosophical or abstract. They focus on the realities of the international power struggle unfolding in real time. They directly address the role of the U.S. in the escalating tensions and its capacity to reduce them. We also probe the role of everyday citizens in affecting the relationship the U.S. now has and will have with the rest of the world community.888 Here is what Paul Craig Roberts had to say.

Q. The Bulletin of The Atomic Scientists has recently put the hands of the Doomsday Clock to 100 seconds before midnight. Midnight means all out war, probably nuclear holocaust. This is the closest it has every been. Do you agree with this dire assessment?

Q. The U.S. always portrays itself as the greatest force on the planet for peace, justice, human rights, racial equality, etc. Polls tell us that most other nations actually regard the U.S. as the greatest threat to stability. What in your view is the truth here?

A. As declared by the Wolfowitz Doctrine, the US is entitled to hegemony over the world. The attempts to exercise hegemony is destructive of stability.

Q. Here's a chicken-or-egg question: The U.S. accuses both Russia and China of rapidly expanding their military capabilities, claiming its own posturing and increase in weaponry is a response to its hostile adversaries, Russia and China. Both Russia and China claim they are merely responding to intimidation and military threats posed by the U.S. What's your view? Do Russia and China have imperial ambitions or are they just trying to defend themselves against what they see as an increasingly aggressive U.S. military?

A. Russia and China do not claim hegemony. Only the US claims hegemony. 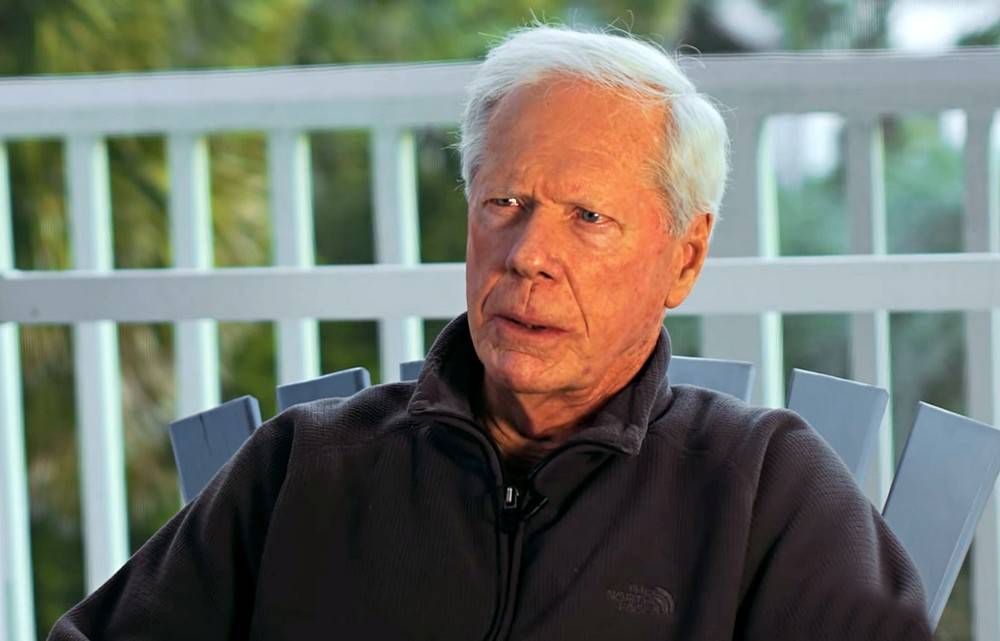 Q. The U.S. always denies that it has imperial ambitions. Most unbiased experts say that by any objective standards, the U.S. is an empire indeed the most powerful, sprawling empire in history. Does the U.S. have to be an empire to be successful in the world and effectively protect and serve its citizenry?

A. All empires destroy their own people. In the US the "war on terror," that is, US wars in the Middle East, were used to destroy US civil liberty. The "war on terror" has now turned into a war against "domestic extremists," that is, against the American people.

Q. The highest ranking commanders of the U.S. military recently sounded the alarm. They have concluded that the U.S. widely regarded as the most formidable military power in history can't defeat either Russia or China in a war. These military commanders are saying we need to dramatically increase our military capabilities. What do you make of this claim and the resulting demand for more DOD spending?

A. The US military is anything but "the most formidable military power in history." If the US got into military conflict with Russia or China or possibly even Iran, the US would be instantly defeated. After two decades of effort the US was unable to defeat a few thousand lightly armed Taliban. The last time that the US won a war was against Spain at the end of the 19th century.

Q. In 2009, Barack Obama and Hillary Clinton announced a reset with Russia, heralding greater cooperation and understanding. By 2014, Obama had made a sharp reversal. A sweeping regime of sanctions has since been imposed on Russia to cripple its economy. Hillary Clinton and the Democrats now relentlessly demonize Russia and Putin, blaming them for every imaginable ill. Both in the media and from official pronouncements by government officials, Russia has become the favorite whipping boy for both the U.S. and its "special friend", Great Britain. Why? What happened?

Q. The number of spy missions, nuclear-armed bomber flights, and war games near Russia's borders have vastly increased over the past year. Same with China. Is all of this just business-as-usual geopolitical posturing? Or does it represent a dangerous escalation and a new ominous direction in U.S. strategic positioning? What is the justification for what Russia and China see as provocations and aggressiveness, if not actual preparation for a war?

A. There is no justification. The idiots in Washington think they are intimidating the Russians and Chinese. Sooner or later Washington will experience an embarrassing slap-down.

Q. Between the FONOPS in the South China Sea and the recently expressed enthusiasm for Taiwan's independence, the risk of military conflict with China keeps increasing. Where is this headed? If People's Republic of China decides to use military force for full reunification of Taiwan, do you see the U.S. going to war in an attempt to prevent it?

A. The US has no capability of going to war with China, unless the war is nuclear. Same for Russia. American threats to China help China keep the Chinese people united with the government. Washington is too stupid to realize that.

Q. The U.S. against the clear objections of the government in Syria is occupying valuable land, stealing the country's oil, and preventing access to the most agriculturally productive region, effectively starving the population. The world sees this for what it is, a cruel game sacrificing innocent people for some perceived geopolitical advantage. Is this the kind of reputation the U.S. wants? Or does it simply no longer care what the rest of the world community thinks?

A. The "exceptional" "indispensable" country could not care less what the unexceptional dispensable rest of the world thinks.

Q. In a democracy, at least in theory citizens have a say in all matters of public policy. Yet, in the end none of the recent military campaigns and undeclared wars seem to achieve much popular favor or support. What is and what should be the role of everyday citizens in determining the foreign policy and military priorities of the country? Or are such matters better left to the "experts"?

A. The bulk of "experts" are well paid functionaries of material interests. The "experts" serve the agendas of their pay masters. Academic studies have concluded that the American people have no meaningful input into policies. Congress and the administration represent the interest groups that fund their political campaigns.

Q. Related to that, the citizenry and most of Congress are kept in the dark with respect to special missions, proxy funding, CIA operations, and swaths of unknown unknowns constituting psyops, cyber ops, and regime change ops, all done in our name as U.S. citizens. The funds to support this sprawling "dark world" of sabotage and terror being inflicted on the rest of the planet, is also a secret. Now there's pervasive spying on U.S. citizens right here at home. What place does any of this have in "the land of the free"? Does this mean government of the people, by the people, for the people is just a sham?

A. Yes, Western "democracies" are complete and total shams. Since Clinton and Blair turned the Democrat and Labour parties into money-making operations, there has been no meaningful opposition. Since WW II, with the exception of France under de Gaulle, Western European countries have existed as Washington's puppets.

Q. Recently we've seen some token but precedent-setting direct payments to citizens in the form of Covid relief. There is also the ongoing discussion about reparations to descendants of slaves. If it could be unequivocally established that the government has abused DOD funding, misused and squandered vast sums of money to promote unjustified wars, purchase unneeded equipment, unnecessarily expand U.S. military presence across the globe, and regularly lied to the American public to manufacture consent for these misadventures and fraudulent activities, practical and political considerations aside, do you see any constitutional or other legal barriers to the public identifying, expecting, or even demanding proper compensation? A cash refund or citizen reparations for massive, authenticated abuse of power?

A. The people are powerless, like the US Constitution, as Washington does not believe in them, and there is no one to represent them. "Their" elected representatives represent the private interests that fund their political campaigns. These interest groups live off the US budget and the regulatory agencies that advance their interests.

We are grateful to Paul Craig Roberts for his thought-provoking views. The interview was arranged by John Rachel, Director of the Peace Dividend Project. This effort embraces a powerful, unprecedented, end-to-end strategy for challenging the tyranny of neocon warmongers in Washington DC, ending the endless wars, and reversing the self-destructive foreign policy and military paradigm which now poisons U.S. relations with the rest of the world. Mr. Roberts has also agreed to be interviewed for the full-length Peace Dividend documentary film, a devastating indictment of the corruption and fraud built into our excessive military budgets and imperial overreach. This movie will inform, unite and empower everyday citizens to have a voice in determining the future they want for themselves and their children. 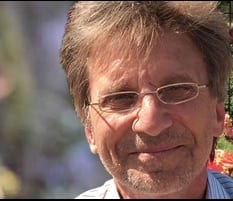 John Rachel has a B.A. in Philosophy, and has written eight novels and three political non-fiction books. His political articles have appeared at OpEdNews, Russia Insider, The Greanville Post, and other alternative media outlets. Since leaving the U.S. in 2006, he has lived in and explored 33 countries. He is now somewhat rooted in a traditional, rural Japanese community about an hour from Osaka, where he lives with his wife of five years. Daily he rides his bicycle through the soybean fields and rice paddies which sprawl across the surrounding landscape. As of the date of the release of his most recent book, "The Peace Dividend: The Most Controversial Proposal in the History of the World", he has a small but promising organic vegetable garden which begs his attention.  You can follow his writing and the evolution of his world view at: http://jdrachel.com