And the media, as usual, ensure that the massive ignorance and distortions continue unchallenged

September 18, 2021
Please make sure these dispatches reach as many readers as possible. Share with kin, friends and workmates and ask them to do likewise.

by Andre Vltchek / (July 18th, 2019)
This article is 2 years old. Reposted due to relevancy and in homage to our departed comrade, André Vltchek. 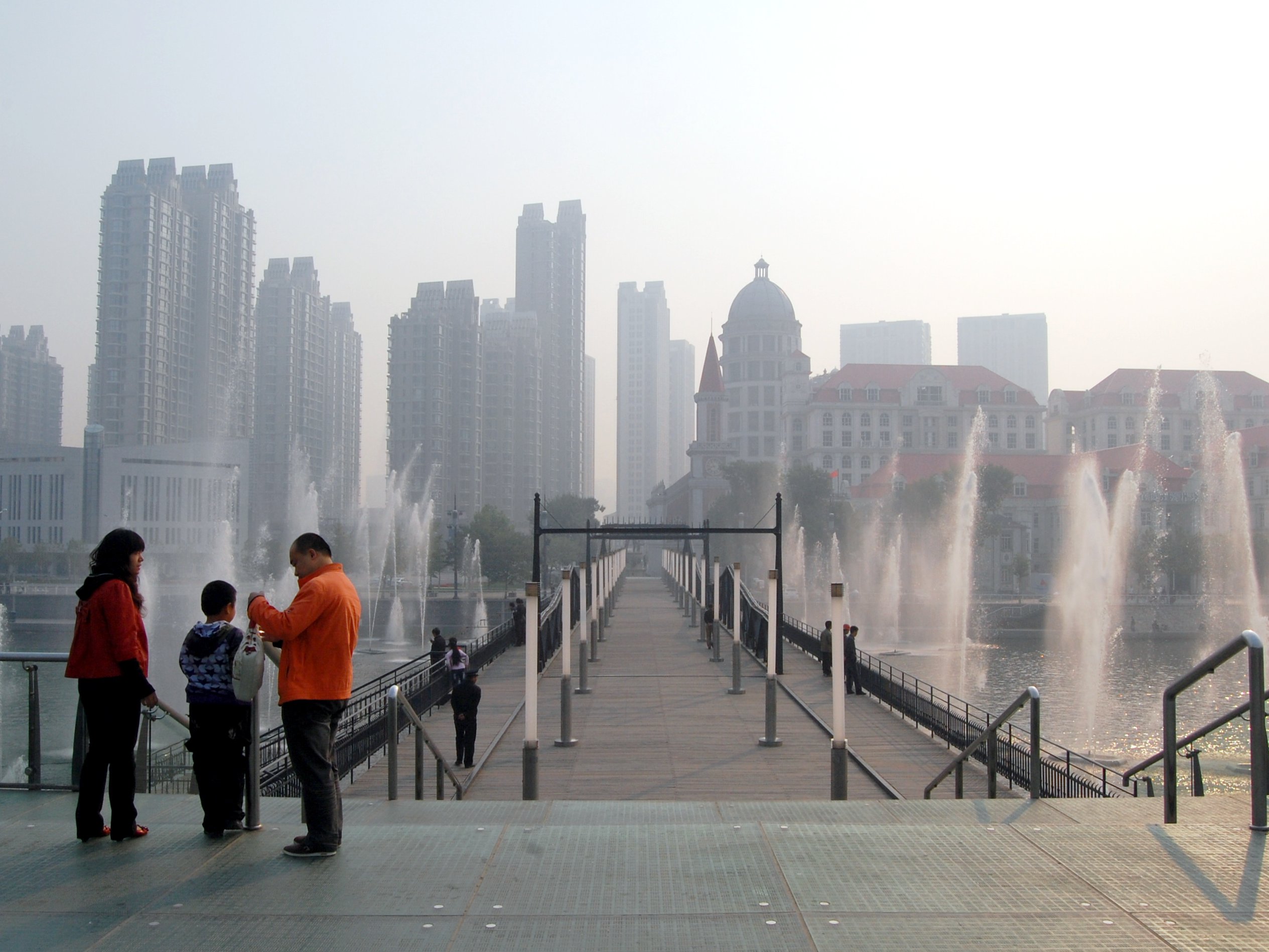 BACKDROP: One of China's new "ecocities"

It used to be comical, but suddenly it is not, anymore. In the past, blind hatred towards China could had been attributed to ignorance, or at least to indoctrination by the Western propaganda and mass media outlets.

But now? China’s tremendous leap forward, its excellent, humane social policies and determined people-oriented scientific research, as well as its march towards a so-called “ecological civilization” are well-documented, to the point that if anyone really wants to know, he or she has plenty of opportunities to learn the truth.

But it appears that very few want to learn. At least very few in the West.

China is seen negatively in almost all Western countries and their satellites. While surveys in places like Africa, where China intensively interacts with the people, helping them to break the chains of dependency on their neo-colonialist masters from Europe and North America, clearly indicate that it is admired and liked.

Last year (2018), a survey by the influential Pew Research Center (“Five Charts on Global Views of China”) established that China is viewed mostly positively in non-Western countries: 67% in Kenya where China is involved in substantial infrastructural and social projects, 61% in the most populous African nation – Nigeria, 70% in the Arab country of Tunisia, 53% in the Philippines, despite the fact that there, the West has been fueling a dispute over the islands in the South China Sea, and 65% in Russia, which is now the closest Chinese ally.

But what is truly shocking, is the attitude of the West towards the leadership of China’s President – Xi Jinping – a determined thinker who is leading China towards true socialism with Chinese characteristics; almost eliminating extreme poverty (by the year 2020, there should be no pockets of misery left, anywhere on the territory of the PRC), and who is putting culture, a high quality of life, ecology and the general wellbeing of the Chinese people above economic indicators.

Conservative, anti-Communist Poland leads the pack: only 9% of Poles “have confidence” in the leadership of President Xi, 11% of Greeks, 14% of Italians and 15% of Spaniards. That says something about Europe, as even in Canada, the number is 42%, and in the United States – 39%.

Is it truly just ignorance?

When interviewed by various Chinese media outlets, I am often asked the same question: “Why are we constantly criticized in the West, while we try to play by the rules, and doing our best to improve the planet?”

The answer is obvious: “Precisely for that reason.” 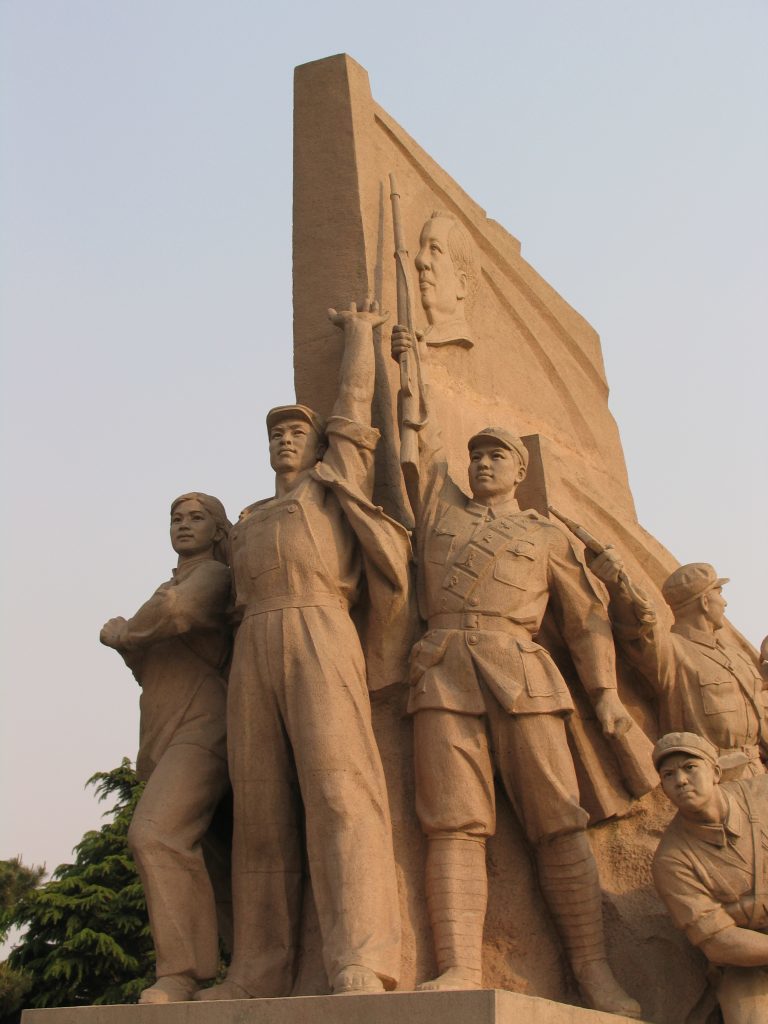 Some 20 years ago, China and its socialist project, were still in the ‘unfinished stage’. There were big differences in standards of living, between the urban areas in the east, and the countryside. Transportation was inadequate. Pollution in the industrial cities was very, very bad. Tens of millions of people were trying to migrate from the countryside to the cities, in search of jobs and a better living, putting great strains on the social system of the nation.

Those who did not like China had plenty of ‘ammunition’ when criticizing it then. The country was moving forward, but the task to make it prosperous, clean, and healthy appeared to by Sisyphean.

What followed was an absolute miracle, unprecedented in human history. Only the Soviet Union before the WWII registered greater growth and improvement of the standards of living of its people, than China did in the two last decades.

Everything in China changed. Its cities became clean, green, ecological, full of public parks, exercise machines for adults and children. Urban centers are now overflowing with a first-class public transportation (all ecological), with impressive museums, concert halls, excellent universities and medical centers. Subsidized super-high speed trains are connecting all major cities of the country. In Communist China, everything is planned by the government and by the Communist Party, and the private sector is there to serve the nation, not vice versa. It works. It works remarkably well. Citizens have much more say about how their country is governed, than those in the West.

Cities are clean, efficient, built for the people. No beggars and no slums. No misery. Things are getting better and better.

Foreigners who come to China for the first time are shocked: China looks much wealthier than the US or UK. Its streets, its airports, its metro systems, high-speed trains, theatres, sidewalks, parks, easily put those in New York of Paris to shame.

But, it is not rich. Far from it! China’s GDP per capita is still relatively low, but that is precisely what makes “socialism with Chinese characteristics” so impressive and superior to the Western capitalism fueled by imperialism. China does not need to have average incomes of some $50,000+ per capita to prosper, to give its people an increasingly great life, to protect the environment, and to promote great culture.

Could it be, that this is precisely why the West is shaking in fear?

The West, where economic growth is everything, where people live in constant fear, instead of optimistic hope for the future. The West, where trillions of dollars and euros are wasted annually, so the elites can live in bizarre luxury and preside over irrational, unnecessary over-production and arms accumulation, which bring no well-being to the majority.

China and its central planning are offering a much better and logical system, for its citizens and for the world.

Most of its science is geared to the improvement of life on this planet, not for cold profits.

President Xi’s brainchild – BRI – is designed to lift up billions of people world-wide out of poverty, and to connect the world, instead of fragmenting it.

So why is President Xi so much disliked in Europe?

Could it be that it is precisely because of the gigantic success of China?

Back to the previous point: 20 years ago, China had enormous social and environmental problems. The Westerners who did not like the Communist Party of any type, would come and point fingers at things: “You see, Shanghai and Shenzhen are now prosperous, but look at other cities on the coast: see the contrast?”

Then the cities on the coast all began improving, planting parks, universities, metros, beautiful streets.

Criticism from the West continued: “Now leave the coast, go west, and you will see how unequal China is!”

Eventually, the west of China improved so much, that there was virtually no difference between the quality of life in the cities there, and on the coast.

“It is all so cynical,” the rant went on: “the difference between the cities and the countryside is so huge that peasants are forced to abandon their villages and seek jobs in the big cities.”

Under the leadership of President Xi, the entire countryside received an enormous overhaul. Transportation, medical services, educational facilities and job availability improved so much, that in 2018, for the first time in modern history, people began migrating back from the cities to the countryside.

Now what? What next? “Human rights?” Not much to trash, anymore, if one sees with eyes open.

But the better China becomes, the more it cares about its people, as well as people all over the world, the harder it gets attacked.

Not one “Wow!” from Western regime and its mainstream media. Not one “China is now leader of the world in ecology, social policies, science, and virtually everything public.”

The answer is obvious and unfortunately depressing: It is because the West does not want China and its president to succeed. Or if they succeed, it has to be hushed. The two systems are so different, that if China’s one is correct, the Western one is wrong.

And the West is not searching for a concept that is good for the world. It only wants its own concept to survive and dominate the planet. Full stop.

That is why China is so popular in the countries which want to save their people from misery, and to build new, better societies. That is why China is smeared and disliked, even hated, in the West and in a handful of countries outside the West, where Westerners and their descendants are both ruling and controlling the mass media (Argentina).

On a positive note, despite the determined and vicious propaganda being spread by Western and West-controlled mass media outlets, many more people have confidence in President Xi, than in the U.S. President Donald Trump, who inspires only 27% of the people all over the world.

The views expressed herein fully reflect those of  The Greanville Post.