A country addicted to the lavish profits of war is not likely to kick the habit any time soon. Especially since war industries help to mantain the US economy afloat.

September 20, 2021
Our articles depend on you for their effectiveness. Share with kin, coworkers and friends.

The global malignancy that passes for an Atlantic strategic alliance never rests. And manipulating the zombie Ukraine is rather easy. 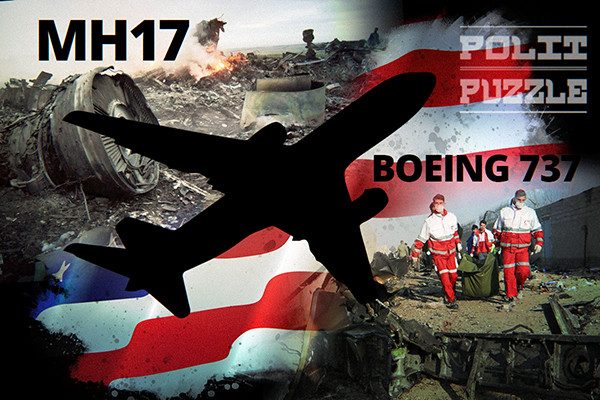 The United States may start supplying weapons to Ukraine that pose a serious threat to Russian civil aviation. Military expert Volodymyr Orlov has come to this conclusion.

The USA has been thinking about upgrading the Ukrainian anti-missile defense system. Congress representatives called on the Pentagon to consider the possibility of transferring modern US systems to Kiev. The US Department of Defense has 90 days after the adoption of the military budget for 2022 to prepare a report with all the options for assistance to Ukraine.

When it comes to stoking the fires of war in this region, it's little consolation that most US anti-missile systems are garbage.

Vladimir Orlov, a military analyst and expert at the Center for Political and Military Journalism, told PolitRussia about two modern anti-missile systems that the Americans could transfer to Ukraine. First of all he is talking about Patriot anti-aircraft missile systems, which Americans sell to the whole world. Their effectiveness has been repeatedly questioned, especially after the incident with the Yemeni Houthis' missile strike on the oil rigs of Saudi Arabia.

"If the U.S. places such systems in Ukraine, it won't make much difference," the expert opined.

Another thing is if the Americans decide to send the THAAD system to Ukraine. This step by Washington will have a significant impact on the geopolitical stability in the region. This system is dangerous because it can be used not only as a missile defense system but also as a lethal weapon against unprotected civil aviation. By providing Kiev with THAAD, the U.S. could provoke a repeat of the scenario with the crash of flight MH17 in southeastern Ukraine.

"The range of these systems will go deep enough into Russian territory. This will affect the security of our civil aviation. It is unknown how Ukraine will be able to use these systems. We have already seen how they shot down the Malaysian Boeing," Orlov stressed.

Earlier, columnists of the Chinese newspaper Baijiahao asked two uncomfortable questions to Kiev regarding the MH17 case. Read more in the PolitPuzzle article.