“Any mischievous attempts by the US-led gangsters to thwart Meng Wanzhou’s flight home were foiled!”

China and her allies took special measures to ensure Meng's safe return to the motherland.

September 27, 2021 3 minutes read
HELP ENLIGHTEN YOUR FELLOWS. BE SURE TO PASS THIS ON. BREAKING THE EMPIRE'S DISINFORMATION MACHINE IS UP TO YOU.

Special measures were taken to ensure her safe flight home.
Any mischievous attempts by the US-led gangsters to cut short Meng Wanzhou’s flights were foiled!  China and her allies took no risks, knowing full well the criminal character of their foes.
The coordinated operation also symbolises the comradeship that now exists between China and Russia.

The SU 35, a Fifth-generation Russian fighter.

After the charter flight left Canadian airspace, it was immediately escorted by 4 Chengdu J-20 Stealth Fighters in international airspace in the region of the North Pole right to the Russian airspace.
4 Sukhoi Su-35 Fighters from the Russian Air Force took over the escort role in Russian airspace.
4 Shenyang J-16 Multi Role Fighters then took over the escort once in Chinese airspace and escorted the plane all the way to Shenzhen Airport.
At the same time, when the chartered flight took off from Canada, the electronic reconnaissance ship cruising in the North Pacific turned on the strongest electronic warfare jamming mode, suppressing the North American Air Defense Command signal. At the same time, a Shang Class Nuclear Powered Attack submarine Type 093 also cruising under the North Pacific Ocean opened all the verticle launch ports for submarine-launched missiles, ready to fire any surface-to-air missiles at any time.
Without a strong country, how can there be a safe home!
The Sino-US trade war is the battle of Shangganling in the new era. Huawei has always been at the forefront, fighting bloody efforts to defend its home and country. Huawei is worthy of being a great national enterprise, and Ren's father and daughter are worthy of being national heroes. It is worthwhile to escort it with the power of the whole country!
And the emotional welcome, when Meng arrives in Shenzhen at Bao'an international airport:

The role of Canada—shown to be nothing but a spineless lapdog to the American mobster ruling class—is simply shameful.

The above is a video report by New China News Agency (Xinhua). Much of the footage focuses on the expectant crowd, the Chinese family, awaiting nervously the arrival of a long-absent daughter. While in the fretting you observe nothing seems to be happening, look closer: it's a moving document capturing the unvarnished feelings of the Chinese people toward this woman who has come to represent their nation's struggle with the mobster hegemon. 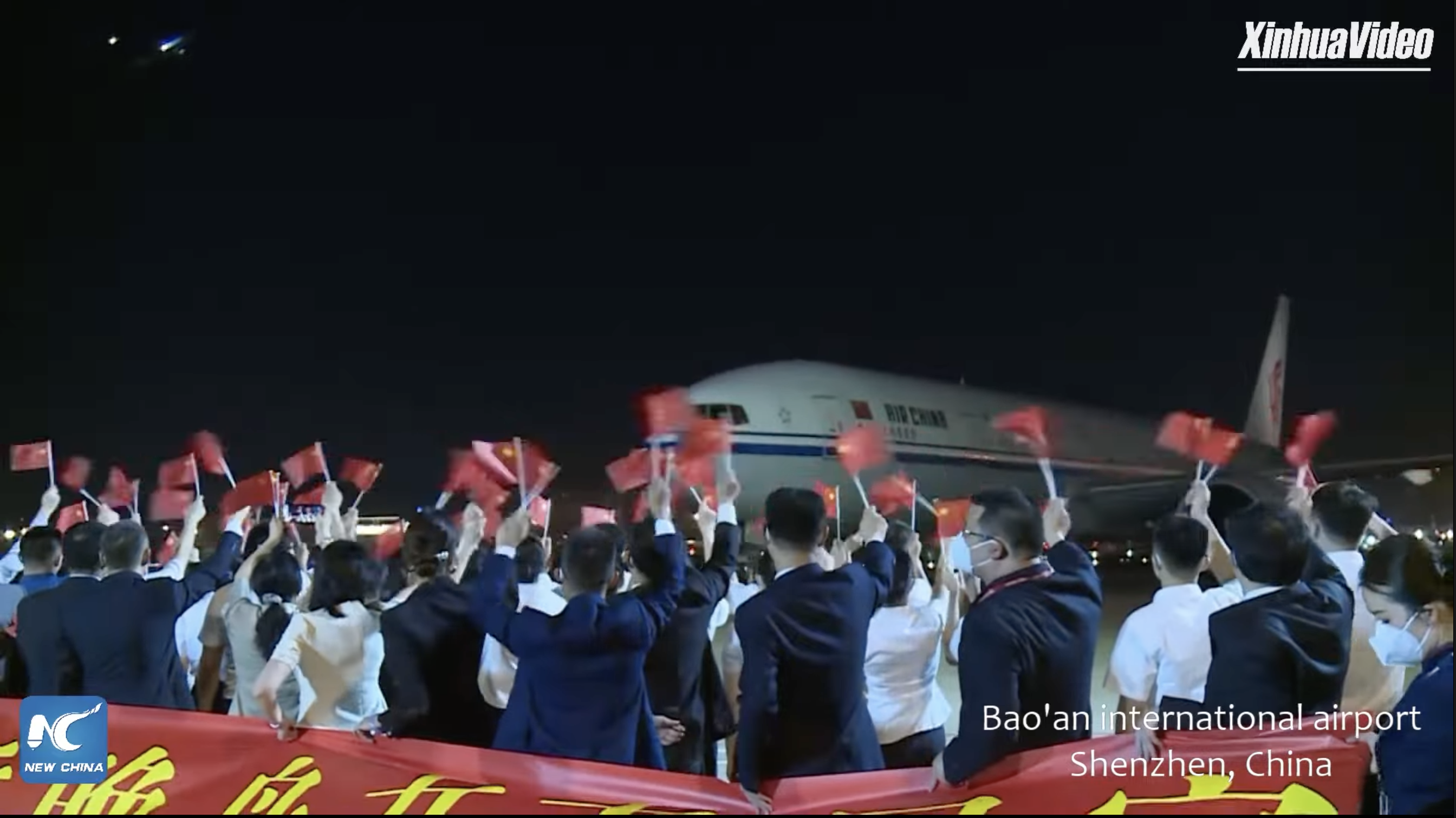 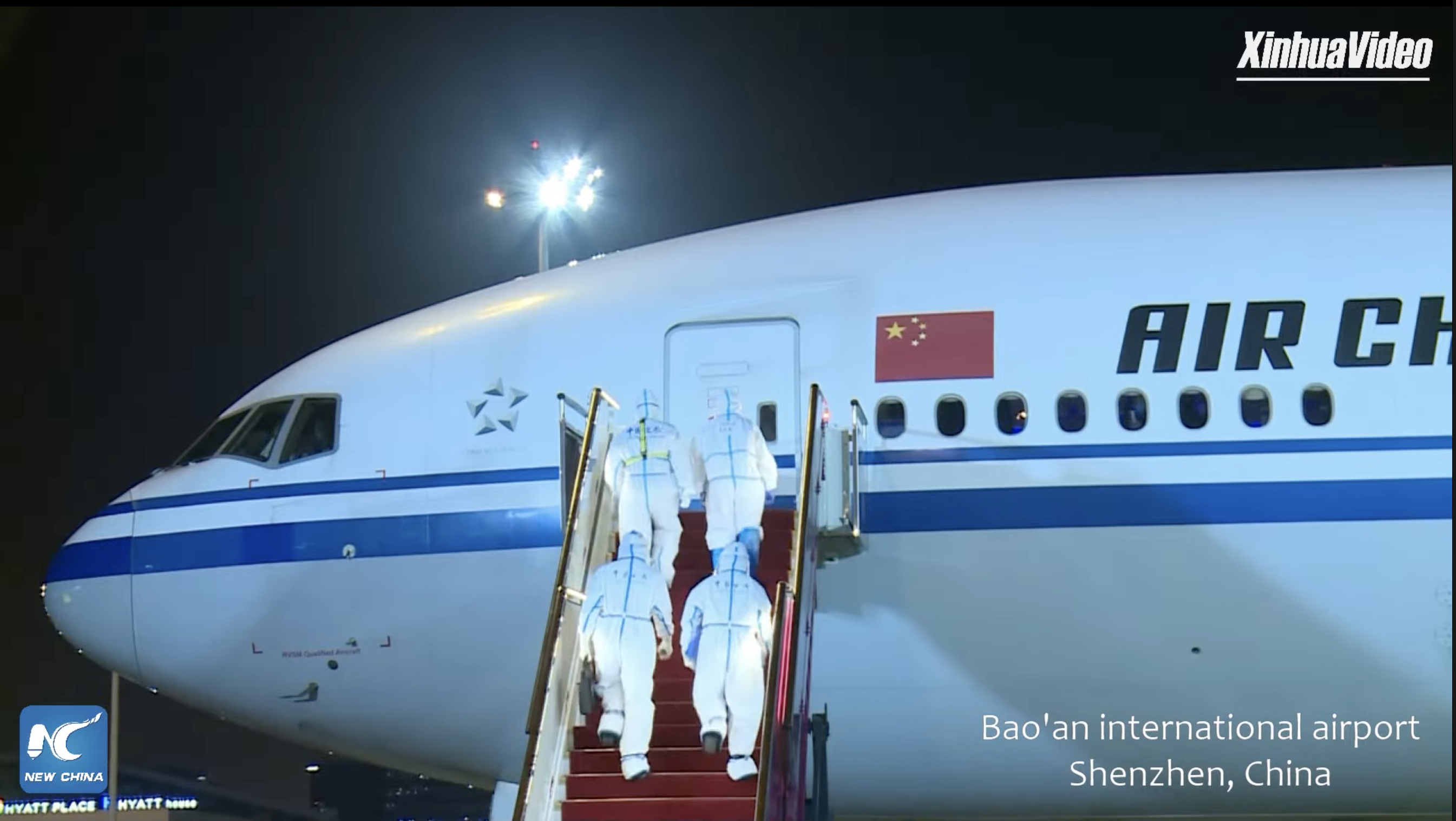 The health precautions will be observed... 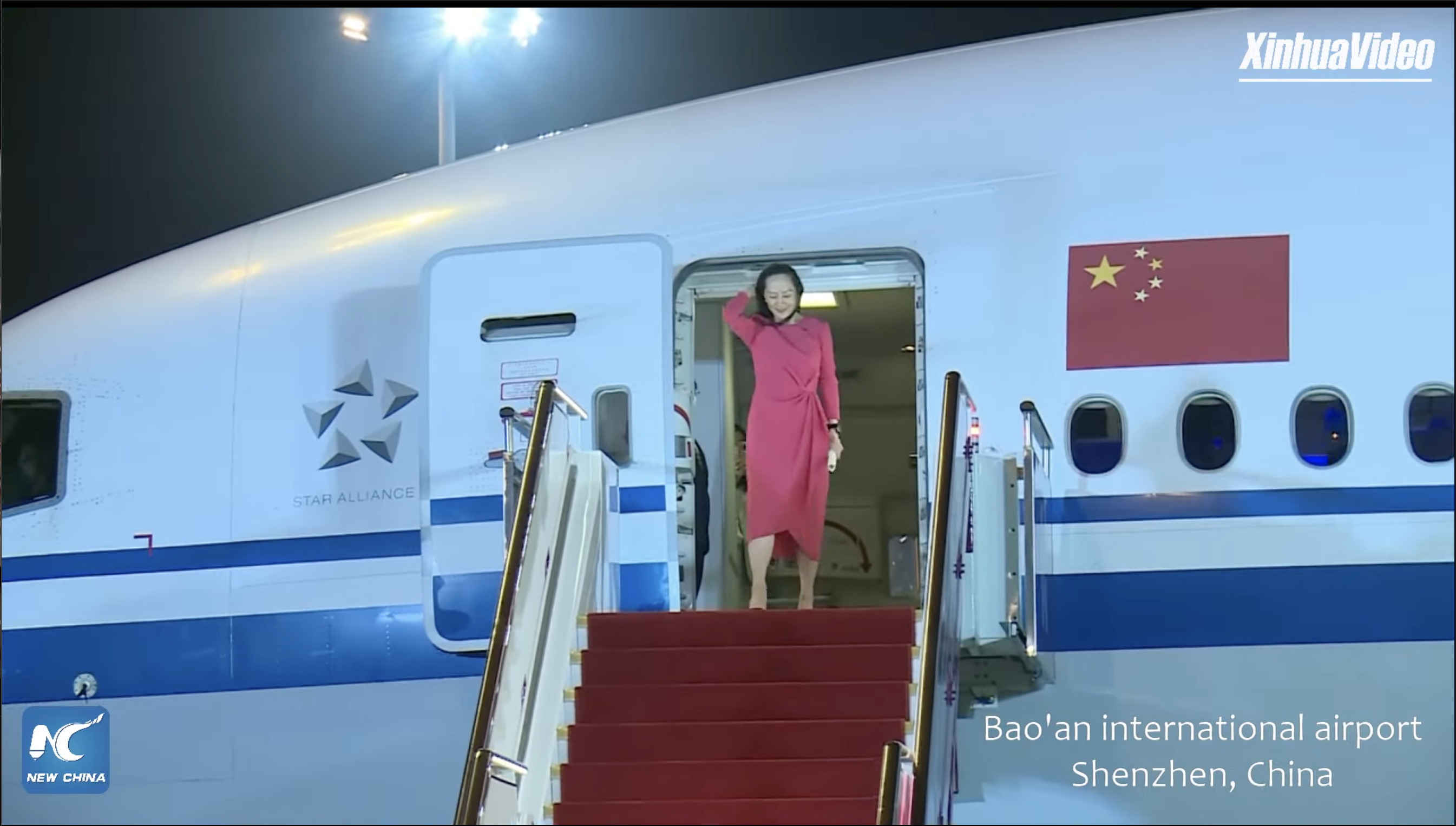 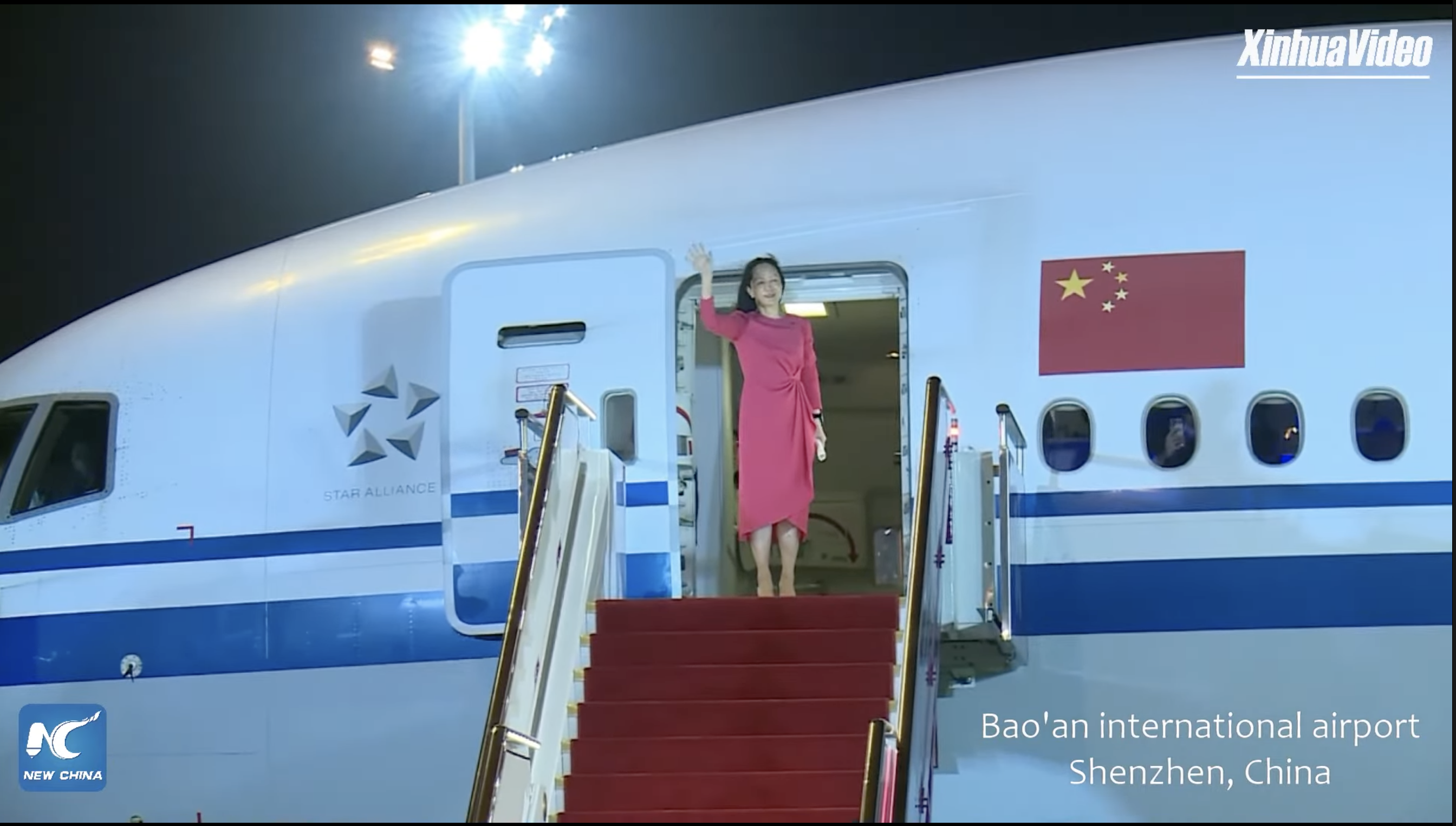 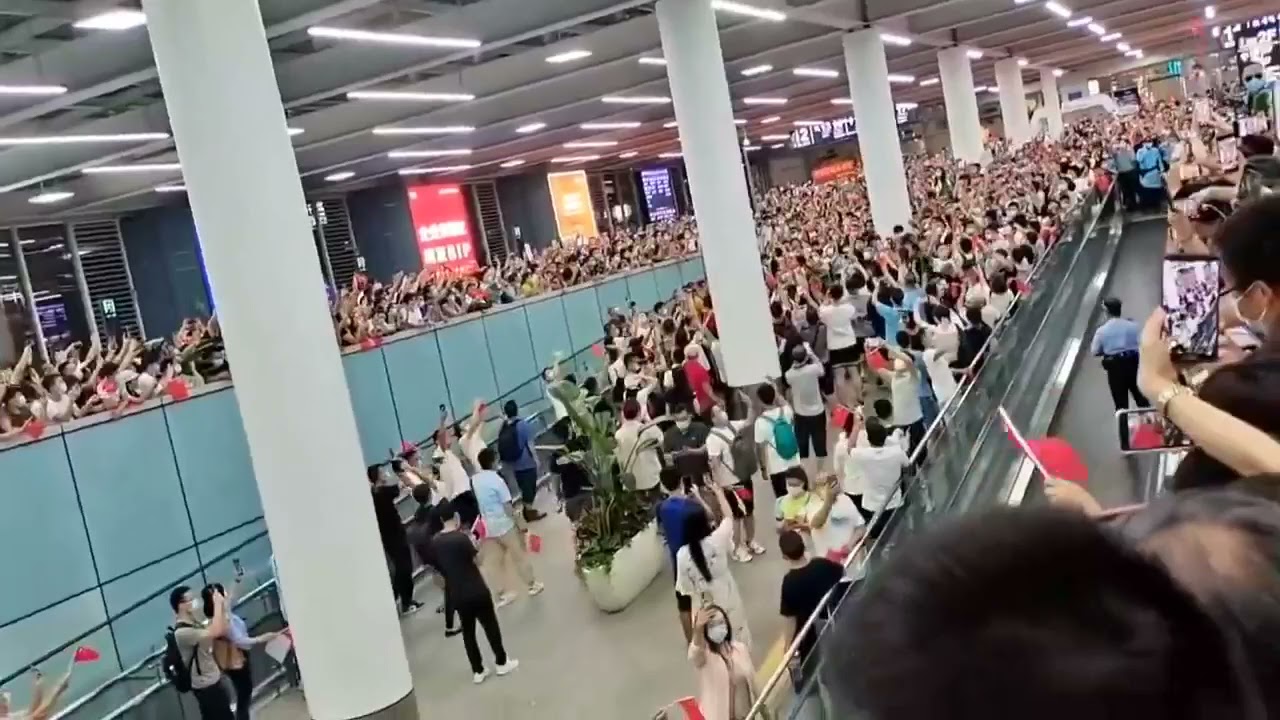 Glenn Greenwald on the current and (ever) present evil: The Assange Dossier & CIA war against WikiLeaks