The accomplishments of WDRVM, a wind turbine producer, would be impressive even in nations spared the brutal devastation Syria has absorbed

September 27, 2021
Our articles depend on you for their effectiveness. Share with kin, coworkers and friends.

As I watched the WDRVM for Renewable Energies and Heavy Industries video back in September of 2019, I marveled as a young Syrian woman climbed out onto the top of an 80 meters high massive wind turbine near Homs, stood up tall and unfurled the Syrian flag - and I had to find out more! 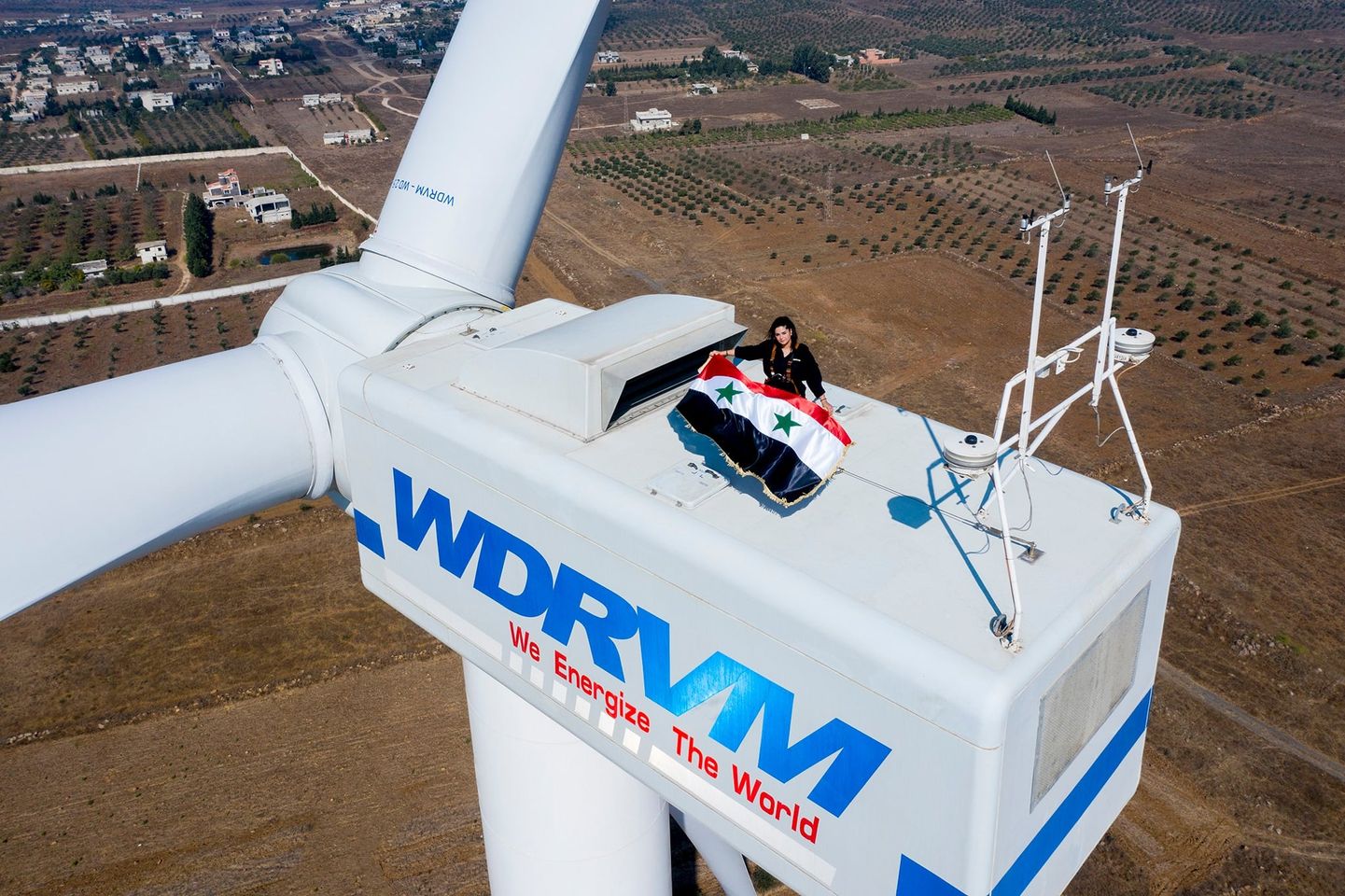 A giant turbine, with 2.5 MW output, made in Syria. Imagine what these people could accomplish if they were left alone to build their future without malicious interference.

A few months later while on one of the small truth seekers tours I've organized over the years, I finally got to see and hear the whole story - this hopeful Syrian success story.
At first our dear veteran guide Antoine, who has seen all of Syria during his many decades as a tour guide, didn’t understand my insistence on going to this particular facility - when I showed him the photo of the exterior he thought it was fake! But in spite of his confusion he set it up with Rabi Elias, the Executive Director of WDRVM who was our gracious host for the tour. 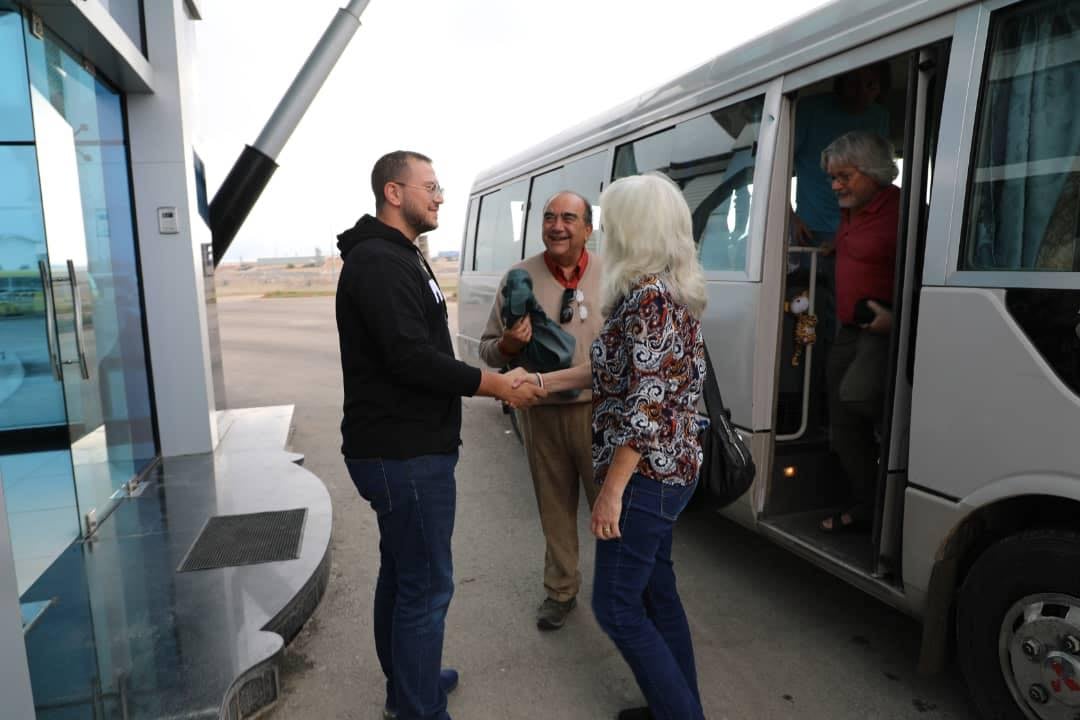 I watched Antoine as he entered the 75,000 square meters huge, gleaming manufacturing and assembly plant in the Industrial City outside of Homs and his jaw dropped. He stood still and seemed emotionally overwhelmed. When I approached him, he said in an almost whisper, “Are we really in Syria?”
Throughout my seven journeys traveling around the country during the war, I’ve always made a point of searching out and observing production and manufacturing there, from the smallest traditional craftsmen shops to large factories. I was given full access to any that I asked to see and failed only once when wanting to visit a small brewery because it was closed sadly the day I could fit it into my schedule. Syrians are well known in the region for their inventiveness, hard work ethic, and production quality. Before the war it was a leading exporter of goods including textiles, pharmaceuticals, engineering components – you name it. I will save a discussion on the consequences of the war on all that for another post.
But WDRVM I knew would be something extraordinary. The Industrial City had been under threat of attack by al Qaeda, ISIS and other terrorist groups for the early half of the war but the company persevered and in 2019 installed their first super-efficient 2.5 megawatt wind turbine in Syria, a single unit with the capability of providing energy to up to 5000 homes as opposed to littering the landscape with dozens. 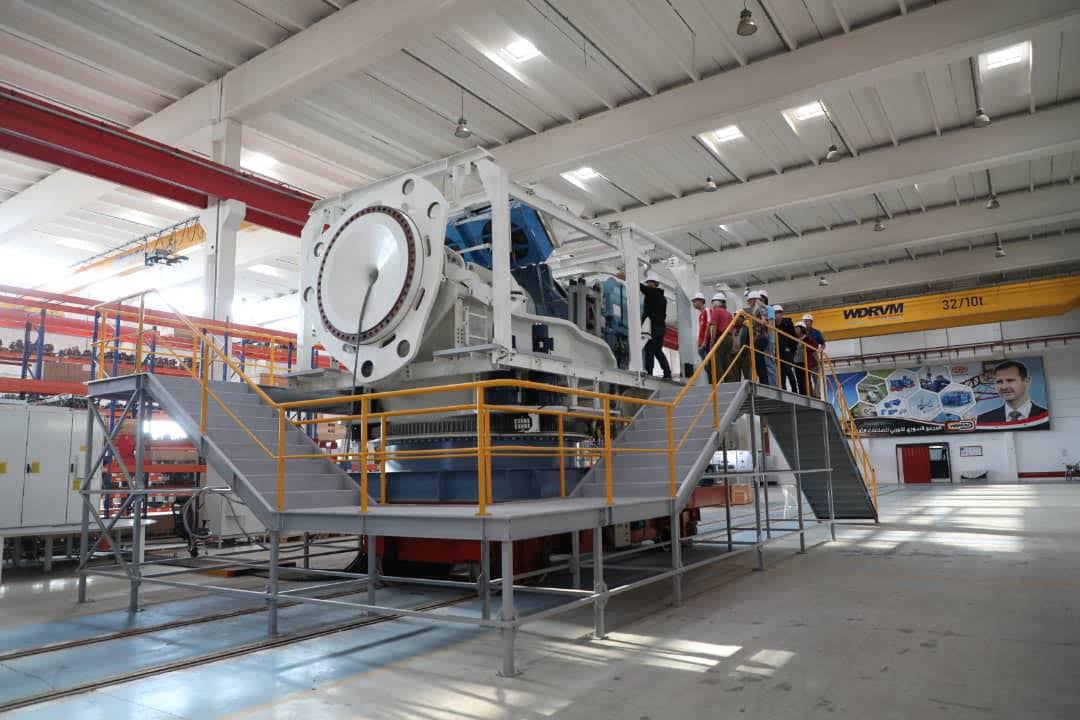 WDRVM’s name comes from the first letters of the Elias family members involved in this tremendous effort: Father Walid, mother Denise, son Rabi, and daughters Valirina and Marquize. It was Valirina who fearlessly climbed out the top of the 80m high turbine with the Syrian flag.
What didn’t exist in Syria, they made. Skills and expertise in the wind energy field were hard to find there, so they trained 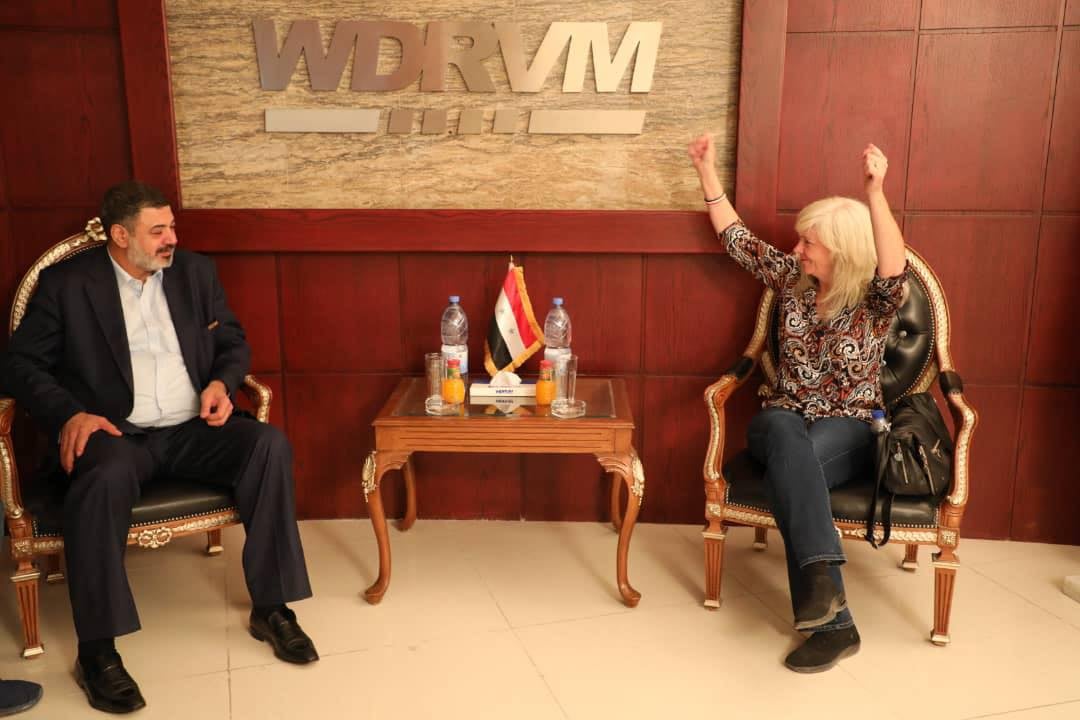 Syrian engineers and scientists and factory workers to become experts. Women and men, Syrians from all backgrounds working together to produce something to help provide much-needed electricity and jobs as well as a model for future businesses.
I hope you will watch this short promotional video on the history of the company – it’s terrific! https://fb.watch/8gcel6jQ_7/
Syria’s economy has been in a catastrophic free fall after over 10 years of war and devastating inflation; success is by no means guaranteed in the current situation. But so far, WDRVM has managed to grow and excel and hopefully, given time and opportunity, there will be more success stories like theirs to come.
(Some photos are of our tour and others are from the WDRVM Facebook page.)

ABOUT JANICE KORTKAMP (IN HER OWN WORDS)

I'm an independent researcher and writer regarding the Middle East, particularly Syria. I've traveled throughout much of Syria in five, month-long trips, usually on my own with Syrian friends as translators and guides. Have also spent almost 7000 hours researching the country and conflict over the past five and half years.

Check out the story behind WDRVM 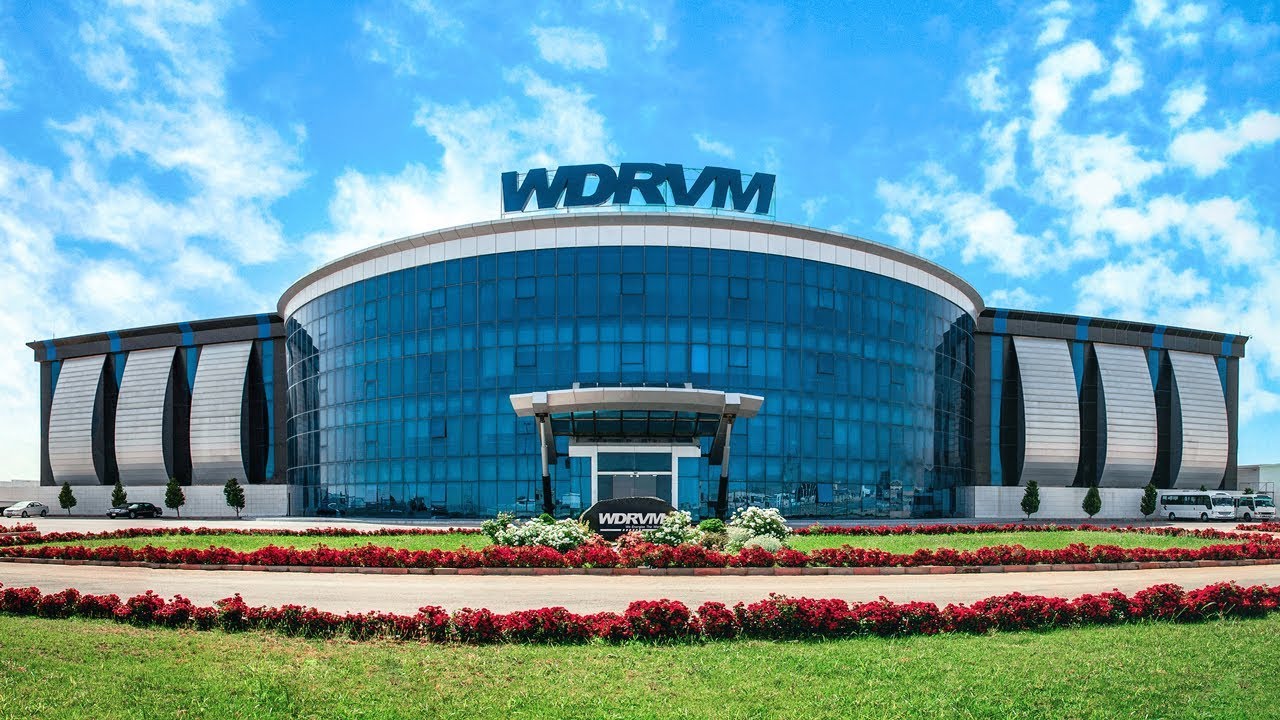