Home AMERICAN BRAINWASH Mass Media Propaganda Is Enemy #1: Notes From The Edge Of The Narrative Matrix

Mass Media Propaganda Is Enemy #1: Notes From The Edge Of The Narrative Matrix

The mainstream corporate media are the overwhelming purveyors of fake news and government disinformation. And they have been doing this for generations.

October 2, 2021
Please make sure these dispatches reach as many readers as possible. Share with kin, friends and workmates and ask them to do likewise. 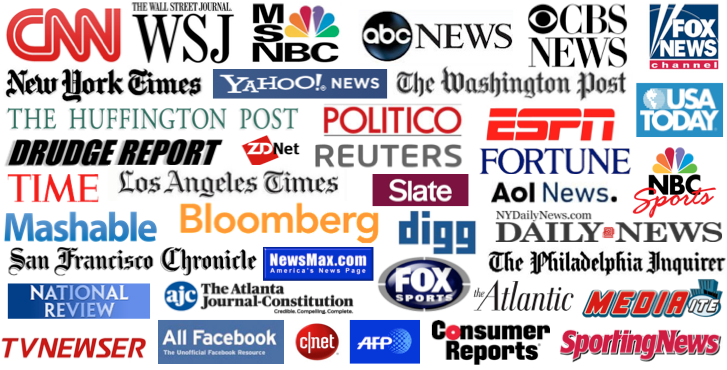 Media logos: ALL of them criminal accomplices in theft and massive death and destruction.

The mass media are the key part of the MICMEC (Military Industrial Congressional Media Entertainment Complex), the core of American policymaking. (Editor's Note: Some are enthusiastic about another, equally good acronym: MICIMATT (for military-industrial-congressional-intelligence-media-academia-think tank complex).

The most Orwellian tool of our rulers which does the most damage and affects the most lives is not surveillance, nor police militarization, nor government secrecy, but domestic mass media propaganda. It’s also the most overlooked. It’s good to protest the other mechanisms of authoritarian control, but propaganda is enemy number one.

The ability of the plutocratic class to manipulate public thought at mass scale is the single most overlooked and under-appreciated aspect of our society. It warps the entirety of our political spectrum, all our thinking, all our discourse, and what we perceive as normal. And you just don’t see people fighting it. The ACLU isn’t protecting people’s mental sovereignty from the manipulations of sociopathic government-aligned oligarchs. People aren’t taking the media-owning class to the Supreme Court for brazen election interference. People aren’t taking to the streets protesting it. But they could.

In terms of the effect it has on society, no control tool comes remotely close to advancing as many interests of the powerful against the interests of the people as domestic plutocrat-sponsored propaganda. Nothing will change until people start noticing and resisting this.

Theories about elite conspiracies to shore up more control over the population tend to greatly underestimate how much control they already have.

Wanting the US government to have a “competent leader” is like wanting a serial killer to be skilled at evading detection.

A new report says China will overtake the US as the world’s biggest economy by 2028. This is the real reason they need you to hate China right now. Mentally replace all their carefully manufactured narratives with this. 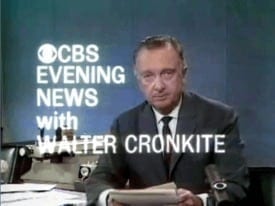 Uncle Walter is still revered as an icon of journalistic integrity. But he never raised his voice (probably culdn't) to denounce the US imperial system.

The Democratic Party is what leftism would look like if you injected it with every single thing that could possibly inconvenience plutocrats, intelligence agencies, or the military-industrial complex in any way.

It’s not just that Democrats will ignore all the evil things Biden is going to do, it’s that they ignored all the most evil things Trump did while in office as well. It’s not merely a partisan thing: they really do just see murdering foreigners as normal American presidential stuff.

A lot of Biden criticism is going to consist of “If Trump had done this Democrats would be screaming!” And it will just be false; they wouldn’t. Not if it advanced the interests of oligarchs, war profiteers, or sociopathic intelligence agencies. We know this because they didn’t.

As things heat up with Iran again please remember that there is never, ever any reason to treat unproven US claims about aggressions by an unaligned nation with anything other than derision and dismissal.

People who say the world is controlled by space reptilians have more credibility than reporters from high-profile news outlets who uncritically repeat unproven government claims about aggressions by unaligned nations.

It will never not infuriate me that when the time came for women to start claiming a human-sized amount of space in our society, the solution we came up with was for us to start acting more like men. Which was the exact opposite of what the world needs.

Cynical closet shitlibs can make anything sound woke. Regime change in Syria. Cold war escalations against Russia and China. Assange smears. Attacks on Glenn Greenwald’s marriage. Anything. A little cleverly-diddled lefty jargon and suddenly it can be leftist to support the CIA.

The way to get what you want is to keep courageously jumping down inner rabbit holes of self-exploration, learning what makes you tick, clearing your illusions and healing your psychological wounds. Also, you’ll wind up wanting completely different things from when you started.

The Impact and Consequences of US Sanctions