With Belorussia in the bosom of Moscow, the EU/NATO provocations will quickly stop. 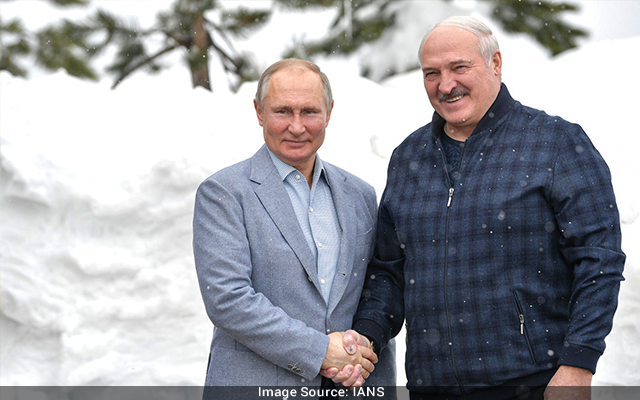 Putin has shown immense patience with Lukashenko's megalomania, but now the situation calls for harder choices.

If there is one thing which is obvious for all to see is that the EU and NATO hold one language against Belarus and another against Russia.  For example, the EU has just agreed to impose a 5th package of sanctions on Belarus, but their official statement does not mention Aeroflot, Russia, or Putin by a single word.  Of course, western politicians make all sorts of noises and grandstanding statements about Putin and Russia, but that is just that – hot air.  They can bark at Russia all they want because they know that Russia does not care one bit about noise, especially since the Russians fully understand that there is nothing that the West could do, even theoretically, against Russia, as she is simply too powerful.

Ditto for economic sanctions.  The EU has banned overflights by Belavia, but it has not touched Aeroflot (yet).  Why not?  Simple, because Russia could simply close her airspace which is currently the most expensive airspace on the planet, as it links Europe to Far East Asia.

Belarus, in sharp contrast to Russia, still remains weak, mostly because of Lukashenko’s incompetence and lack of vision.  All he cares about is remaining in power, which also means that he does not want Belarus to be truly incorporated into Russia, lest he loses his status of “King of Belarus” or whatever he fancies himself to be.

Now I submit that becoming part of Russia is not only the best solution to all of Belarus’ problems, it is the only solution.  By the way, that outcome is exactly what the western ruling elites are desperately trying to avoid, because they all realize that once Belarus becomes a part of Russia, say as an autonomous Federal subject, the party is over for the EU which won’t be able to touch Belarus – not economically, not politically and most definitely not militarily. 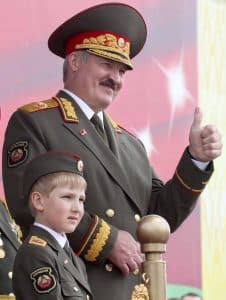 It is important to keep in mind that Polish, German, or Lithuanian military forces are a joke, at best they can have (small) parades, and shoot at unarmed civilians.  But even taking on “just” the Belorussian military alone (without any Russian help) is not an option for them: there is no comparison between a Polish solider (or a Lithuanian one, for that matter) and a Belorussian one, it would be like comparing perfumed and fluffy show-dog with a wolf.  Numbers here matter a lot less than the quality, training, and determination of the soldiers on both sides.

Still, shooting a Belorussian border guard and shooting a Russian paratrooper are two very, very different propositions, and the folks in the West know that.  So far the Poles have only shot blanks or in the air, at least they say so, but if their current defenses are breached, or if a bullet flies across the border, the violence will ensue, that is inevitable.  Right now, this is even likely.

I have to repeat myself: I have exactly *zero* trust in Lukashenko who, in my opinion, cares only about himself and remaining in power.  Belarus claims to want to be an “allied state” to Russia, but has not even recognized Crimea as part of Russia!  Right now, Belarus is, de facto, a Russian parasite, a freeloader country, run by a megalomaniac which needs to be replaced with a person the Kremlin can trust or, even better, with a person whose role would cease to be so important simply because Belarus and Russia would be truly and fully unified.

In the past, Lukashenko has zigzagged even more than Erdogan, and his current pro-Russian stance is only due to the fact that the dimwits in the EU have tried to overthrow him one time too many, so now he is angry and wants to make them pay.  But irrespective of how stupid EU politicians are, Belarus is in no condition to take on the entire EU by itself, so at the end of the day, it is Russia that will have to bail Belarus out (yet again!).  Personally, I find that unacceptable.

Furthermore, objectively, right now the Poles and the Belorussians both have the same interest: to try to make the most out of this crisis.  The Poles by proving how tough, courageous, and generally heroic they are in the defense of the sacred borders of the EU, the Belorussians by showing how cold-hearted and evil the Poles are.  And for all the media attention to the 3-4 thousand people at the Polish border, this is a tiny number compared to the much larger numbers which cross into the EU every day or cross from France into the UK.  In other words, this is completely and totally a manufactured pseudo-crisis.  And the main beneficiary from this circus is the Poles who, from being the black sheep of the EU suddenly have turned into the heroic “defenders of the European realm from the Russia Asiatic hordes” at exactly zero risk for them.  That needs to change.

As for the Russians, they are now forced to politically back Belarus in a crisis that in no way benefits Russia.  And when Lukashenko makes (totally empty) threats to cut off the Russian gas lines to Poland, he is objectively helping the Western propaganda about Russia wanting to use her energy to blackmail Europe.

Finally, Belarus could bring a lot of good things to Russia, including a very (pro-)Russian population, a strong military, plenty of high-tech industries, and a good place to deploy forces to protect Kaliningrad.

By remaining separate, Belarus and Russia gain nothing, they both only stand to lose on many levels.

The good news is that the Belorussian and Russian militaries are already deeply integrated, but that integration needs to be SHOWN, and the best place to show it would be right at the Polish border.  Again, pull back all the Belorussian border guards and replace them with a single regiment of Russian paratroopers, and that alone will RADICALLY change the tone and actions of the West.

That would be the proverbial “tripwire force” which would absolutely terrify the Poles and the rest of the clowns who are playing at this “pretend-almost-war” on the border with Belarus (including 600 Brits, and assorted Germans and French units).

So my solution to this entire crisis is simple: fully unify Russia and Belarus.  The only thing preventing this today is Lukashenko, so this process has to begin by getting rid of him.

Establishment Fear Mongering Children Risk From Covid; Pfizer and its accomplices try to seize the moment to hoodwink the population.