Tactful handling of the matter by Putin may have avoided a superpower nuclear confrontation. 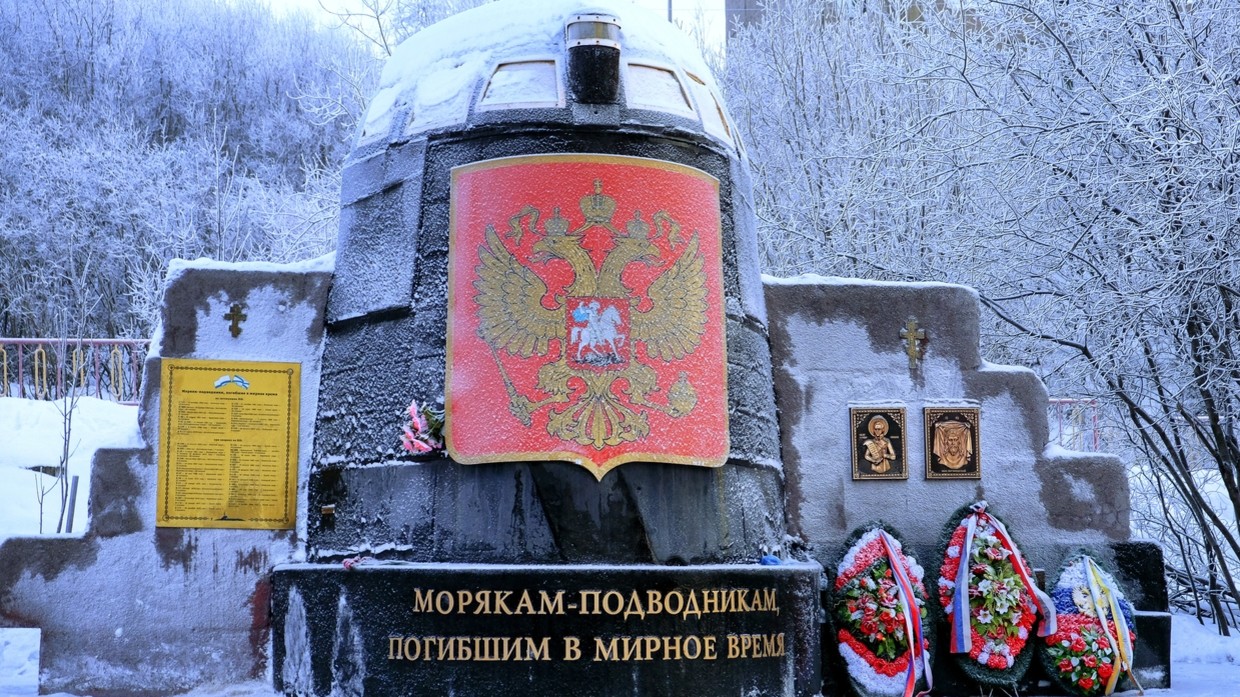 A fragment of the wheelhouse of the Kursk nuclear submarine at the memorial to 'Submariners who died in peacetime' in Murmansk. © Sputnik / Pavel Lviv

The catastrophic sinking of the Russian nuclear-powered Kursk submarine more than two decades ago was the result of a collision with a stricken NATO vessel in the Barents Sea, a former high-ranking navy chief has insisted.

The ‘Kursk’ sank on August 12, 2000 at a depth of 108 meters, claiming the lives of all 118 crew members and sparking the first major international crisis of Vladimir Putin’s presidency. An official investigation commissioned by the Russian government ruled two years later that the incident was the result of a torpedo explosion, which then triggered the detonation of ammunition on board.

However, in an interview with RIA Novosti, aired on Monday, former Northern Fleet commander Vyacheslav Popov offered a theory on how the incident might have happened. According to him, a vessel operated by a NATO power got too close to Moscow’s vessel, colliding with its bow and damaging the torpedo tube, which was followed by an explosion. The compartment then flooded, sending the sub to the depths of the sea.

The day the Kursk sank: 15 yrs on, Russia remembers one of worst-ever submarine tragedies http://t.co/yLxyJVZTtQ pic.twitter.com/2H7lLtV8Xo

“The submarine that collided with ‘Kursk’ was following it, apparently, but failed to ensure safety in the sea’s environment and all other conditions, approached too close, or a Kursk maneuver led to a loss of contact,” he said.

Popov claimed he knew the name of the sub belonging to the US-military led bloc “with a 90% probability.” However, he admitted he did not have sufficient available evidence to make the case publicly at present.

According to the former naval chief, who served until 2001, the vessel was in the region where it collided with ‘Kursk’. He also noted that SOS signals were sent from special equipment that Russian boats were not equipped with, implying another submarine must have been present.

Viktor Kravchenko, a former chief of staff of the Russian Navy, later agreed with Popov’s theory, remarking he was “also inclined to believe this version” of the demise of the Kursk, based on circumstantial evidence.

Three NATO vessels, the British ‘Splendid’ and American subs ‘Toledo’ and ‘Memphis’, were reportedly in the vicinity of Russian military exercises in the Barents Sea at the time. Neither Washington nor London provided documents on the condition of their vessels after Moscow requested the information.

However, the Russian government maintains that the official investigation’s conclusion is the most likely, with many analysts pointing out the period was a challenging time for the Russian military. A combination of underfunding, aging Soviet hardware, and low morale could all have contributed to the incident.

Putin, then only months into his first term as president, took the brunt of much of the criticism for the Kursk tragedy, with the large-scale loss of young Russian sailors sparking sorrow and outrage. Failed rescue efforts caused anger and frustration both domestically and worldwide.

In response, the Kremlin said such a statement would mean that the Founding Act of Russia-NATO relations “no longer exists.” Under this document, inked in 1997, the two parties do not consider each other rivals. It guarantees no nuclear weapons will be deployed to new NATO members after this date.