Home CAPITALISM & SOCIALISM The Path to Corruption in France

The Path to Corruption in France

France is still the least corrupt of the major Western powers, but that may soon change. 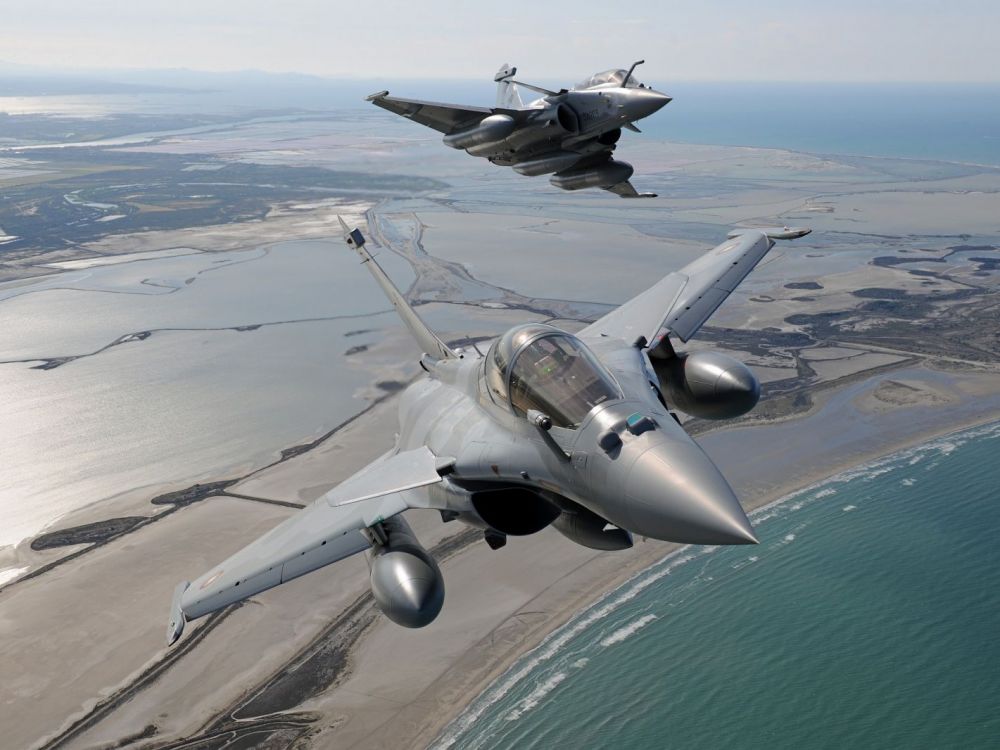 Dassault advanced fighters. Dassault has long supplied the French Air Force with most of its tactical and transport aircraft.

Whereas Germany takes an extremely libertarian approach to corruption, and even allows foreigners to donate secretly and in any amount to support a candidate, France has one of the world’s best anti-corruption legal systems, so that virtually the only pathway by which a person can legally perpetrate corruption of the French Government is indicated by the IDEA.int site’s question-answer set on its question # “26. Is there a ban on donors to political parties/candidates participating in public tender/procurement processes? No.”  That’s even worse than in America (which is famously controlled by the owners of its arms-producers and “MIC”), where the published answer is “No data.”
In other words: military procurement — selling (mainly) military products-weapons or services (the types of things that constitute the bulk of governmental purchases) to the French Government — is allowed by French laws to be corrupt. A prospective seller to the French Government is allowed to donate not only to a candidate but to a political party. (Obviously, this gives those government contractors immense influence over French foreign policies, and especially over ‘defense’ policies, including how much and which corporation’s weapons to buy.) However in order to be able to contribute lots of money to a particular candidate or party, a coordinated operation that might include many cooperating donors from a given weapons-producer might be necessary. By contrast, in the United States, which nominally prohibits almost every type of corruption, the fine-print exceptions allow massive donations from any billionaire or mega-corporation via PACS and other allowed tricks. On balance, therefore, France seems to be less corrupt than America, and far less corrupt than Germany, according to these legal yardsticks. And if military procurement were not an issue, then France would appear to be significantly less corrupt than America, as well as vastly less corrupt than Germany.
But, just as there are legal ways around the nominal anti-corruption provisions in America, there likewise are legal ways around the nominal anti-corruption provisions in France. Furthermore, in one way, France is far more corrupt even than America, because in France there is actually much more secrecy regarding campaign donations than there is in America. Also, an EU study of the various member-nations’ campaign-finance laws found that even foreign donations have been, at least until 2019, virtually unregulated, in all EU nations. Nonetheless, like in America, the owners of France’s weapons-producers have especially ready legal pathways to control the government (which is their main customer, the biggest buyer of their products). 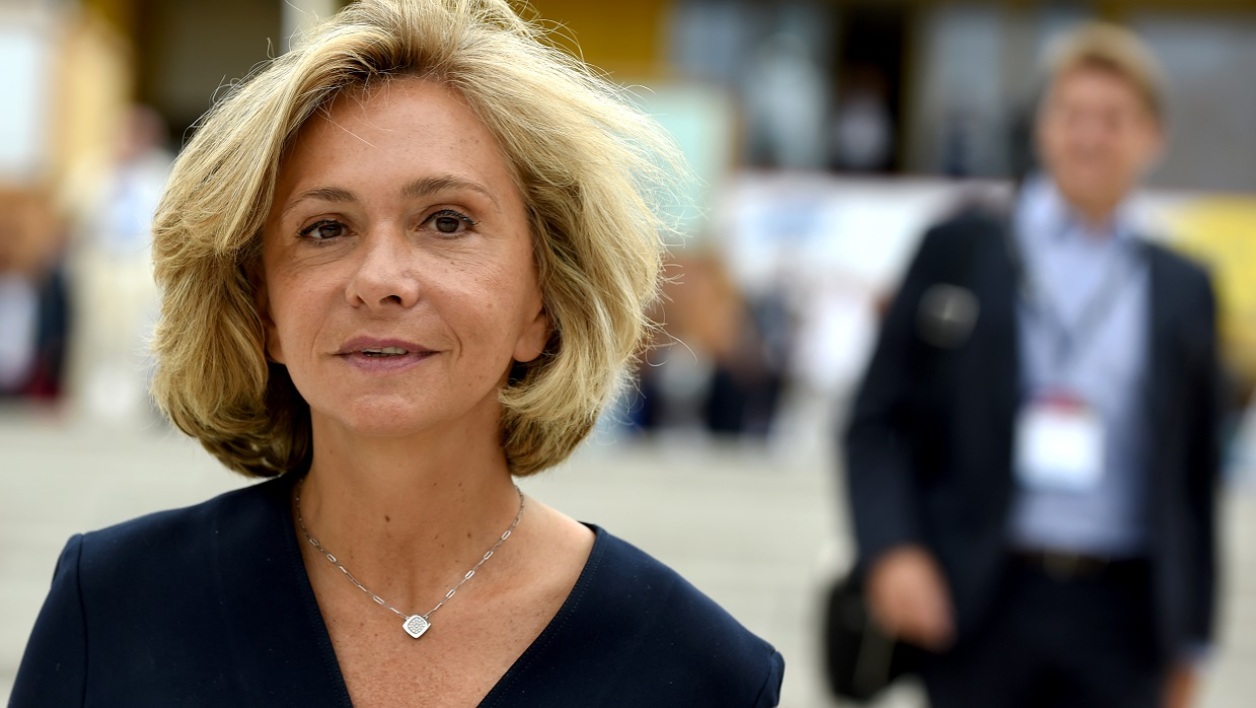 Valérie Pécresse: Liable to make France even more abjectly submissive to the US.

So, in France, politicians who are unfavorable toward NATO and other weapons-marketing organizations will probably need to rely more on regular, run-of-the-mill donors, than on billionaires or their generally war-profiteering corporations. In other words, any such candidate will need to have considerable left-wing populist appeal, in order to compete effectively against the better-financed contenders, who are more military-contractor-backed.
In any case, the main path to corruption in France seems to be through military procurement. That could turn out to be a major reason why one of France’s perennial Presidential candidates, Marine Le Pen, whose policies would be a threat to military contractors, will again lose.
Marine Le Pen is basically a populist leftist who inherited from her conservative populist father the Front Nationale Party and switched the name to the National Rally Party and moved it to a populist left ideological position, but her father’s reputation still haunts leftist voters, who, in a second-round election therefore peel off to the more-establishment liberal opponent, who then receives the endorsements of the candidates who had been eliminated in the first round, so that the French military-industrial complex will end up being represented by the next President. This is likely to happen again.
She also needs to retain at least some portion of the voters who had supported her fascist father, whom she despises (but can’t say so publicly, because she needs at least some of those voters, too). Therefore, she talks about her father as little as possible, and maintains ambiguity on lots of issues, in order to hold together, as much as possible, a populist coalition that’s both left and right, progressive and conservative. But the billionaires — both the conservative fascist ones and the liberal fascist ones — know that they wouldn’t be able to control France (as they do) if she were to become President. So, their media always refer to her as “far-right” in order to scare away voters, by portraying her as being secretly just like her father was — even though most of her policy-commitments are opposite to that (but only few voters actually base their votes on policy-positions, and politically involved billionaires know this). She continually walks a political tightrope.  But one thing about Marine Le Pen seems clear: France’s billionaires fear her; none supports her.
On December 10th the Financial Times headlined “Valérie Pécresse, the woman who could beat Macron”, and Victor Mallet presented a credible case that that establishment conservative is the likeliest person to end up as the winner, in the second round. However, Mallet noted that “her hardline stance on law and order and her commitment to economic reform and fiscal orthodoxy will play well on the French right.” If so, then a second-round contest between her and Le Pen could very likely produce a bigger-than expected liberal vote for Le Pen, as being a lesser-of-two-evils, in their view. The biggest barrier to that happening would be that this time, Le Pen might not end up in the second round, because Éric Zemmour, who hates her (and Muslims), and who appeals more than she does to rich conservatives, many of whom might be invested in armaments stocks, could end up reducing her first-round vote so that Le Pen won’t make it to the second round. He might even be largely financed in order to keep her out of the second round, so that Pécresse, or the current President, Macron, will win. Right now, Zemmour is campaigning mainly against Le Pen, but, if the final contest will be between Pécresse and Le Pen, then he would probably endorse Pécresse, which would cause many conservative voters to vote for her.
On December 18th, Bloomberg bannered “Macron Likely to Face Pecresse in French Runoff, Poll Shows”, and reported that, “The monthly poll puts National Rally candidate Marine Le Pen and Eric Zemmour, her competitor on the far-right, neck and neck with 14.5% of voter intentions, a score that would knock both of them out of the second round.” That is exactly what France’s military-industrial complex, and French billionaires, would hope for. If Pécresse wins, then America’s billionaires will also win, because then there will be a France that is even more of a U.S. vassal than is now the case, under Macron.
Investigative historian Eric Zuesse is the author of  They’re Not Even Close: The Democratic vs. Republican Economic Records, 1910-2010, and of  CHRIST’S VENTRILOQUISTS: The Event that Created Christianity.

The Viciousness of U.S.-and-Allied ‘News’-Media: an Update

Andrei Martyanov: The Timing of Russia’s Ultimatum to NATO