Home AMERICAN DUPLICITY Why India will likely ally with China, not with U.S.

December 25, 2021 11 minutes read
HELP ENLIGHTEN YOUR FELLOWS. BE SURE TO PASS THIS ON. SURVIVAL DEPENDS ON IT. 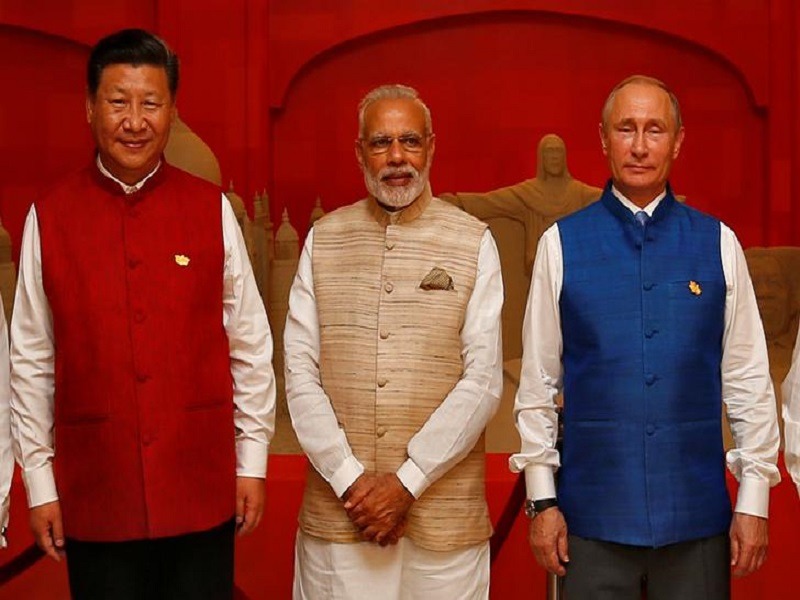 (L-R) Chinese President Xi Jinping, Indian Prime Minister Narendra Modi and Russian President Vladimir Putin pose in front of a sand sculpture ahead of BRICS (Brazil, Russia, India, China and South Africa) Summit in Benaulim, in the western state of Goa, India, October 15, 2016. Things have changed a great deal since, with a lot of ups and downs, but the situaiton may be finally rectifying in favor of Eurasian peace.

Investigative historian Eric Zuesse is the author of  They’re Not Even Close: The Democratic vs. Republican Economic Records, 1910-2010, and of
CHRIST’S VENTRILOQUISTS: The Event that Created Christianity.
The views expressed herein are solely those of the author and may or may not reflect those of The Greanville Post. However, we do think they are important enough to be transmitted to a wider audience.