With characteristic cynicism, the US has led the parade of Beijing defamers with fabrications that do not stand the most elementary examination. 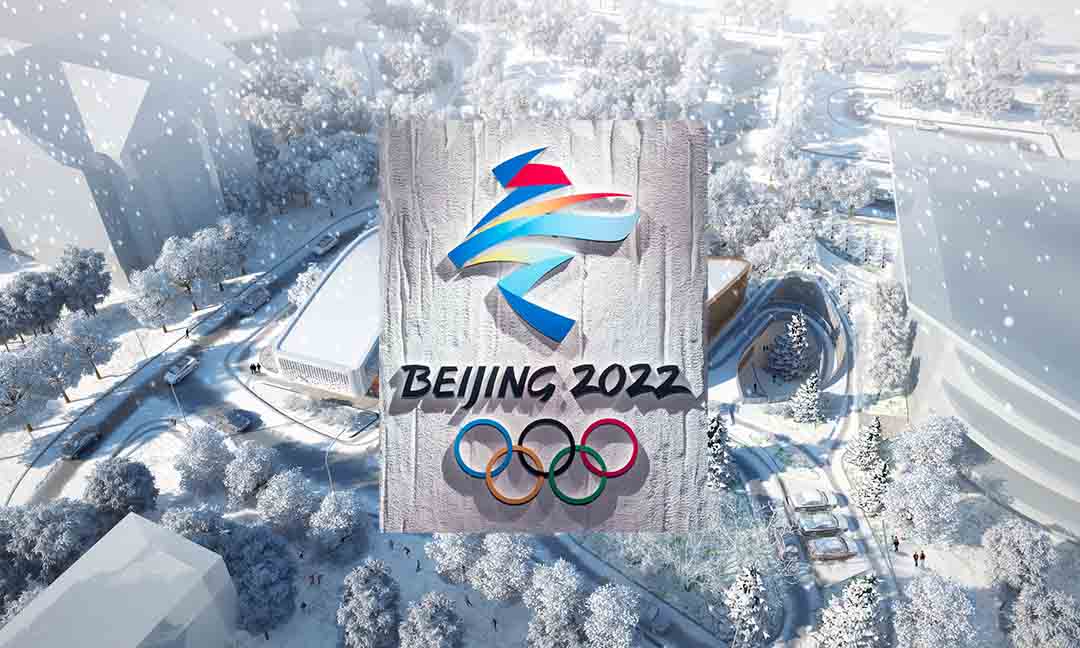 With the Winter Olympics set to take place in Beijing next month, the anti-China lobby is hard at work, looking to politicize the event and further damage China’s image internationally. The same cast of characters from the Neocon Right-wing are walking onto the stage.

Leading the charge was Mike Pence who spoke before the Heritage Foundation all the way back in July, saying, “President Biden should make a clear and unequivocal demand that the 2022 Winter Olympics be moved from Beijing unless China comes clean on the origins of COVID-19 and immediately ends the persecution of the Uighur people. The Olympics should only take place in countries that respect fundamental human rights and the well-being of mankind.” (https://www.heritage.org/asia/commentary/the-current-state-us-china-relations)

Peter Navarro, the crackpot anti-China hack who worked in the Trump administration after a career making sponsored documentaries, used his platform on FOX Business to make similar statements on November 15th writing: “The Beijing Winter Olympics offer a golden opportunity for Biden to exert pressure on Communist China on all of these issues.” (https://www.foxbusiness.com/politics/biden-meeting-china-xi-trade-climate-human-rights) Prior to working with Trump, Navarro was considered fringe by most academic economists, and since 2020 he has been a promoter of the “Stop the Steal” claims that China somehow teamed up with Venezuela to rig the US elections and remove Trump.

While heated words against the Beijing Olympic Games from the usual suspects shouldn’t be surprising, Human Rights Watch (HRW) has jumped in with a very out of character criticism specifically directed at sponsors. HRW’s China director Sophie Richardson wrote: “There are just three months until the Beijing Winter Olympics but corporate sponsors remain silent over how they are using their influence to address China’s appalling human rights record.” (sic)  Human Rights Watch aims to use its influence to pressure companies like Coca-Cola and Airbnb not to sponsor the games.

“To politicize sports by fabricating lies and rumors and undermining the Olympic cause is unpopular and will never succeed,” said China’s foreign ministry spokesperson, Wang Wenbin.

The double-standards and selective outrage demonstrated by HRW in this instance is massive. Is HRW seeking a boycott of events in Britain where journalist Julian Assange sits in prison? Has HRW ever called for events in the USA to be cancelled or lose sponsorship because of Guantanamo Bay, the heavy handed repression of Black Lives Matter protesters, or the numerous unilateral illegal invasions and occupations the USA has carried out over the years?

The basis of the outage for HRW is not real documented events but rumors that don’t match the facts. The claim that “genocide” is being conducted against Uygurs doesn’t add up. From 2010 to 2018, the Uygur population in China’s Xinjiang Autonomous region grew at a faster rate than the region’s population overall. Uygurs were exempt from China’s notorious “one child policy” before it was ultimately scrapped in 2015, and were known to have large families, often 9 or 10 children. 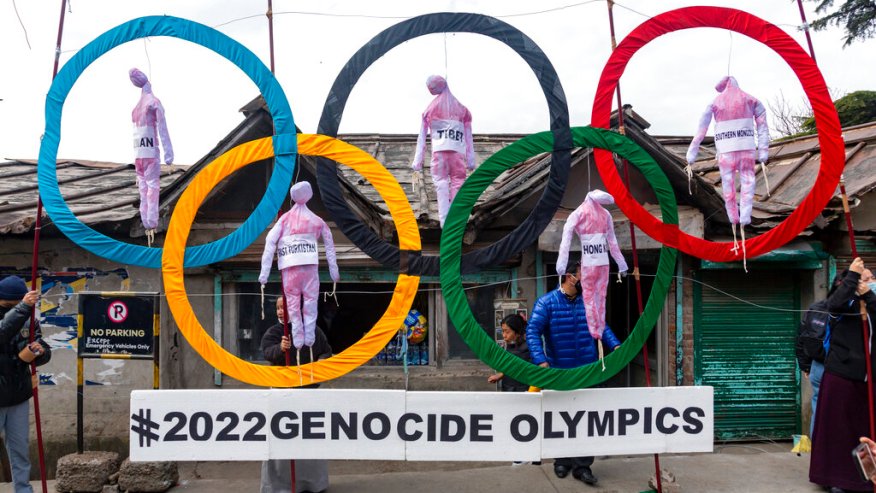 Typical anti-China demonstration using the usual performative assets the West has in abundance for precisely such occasions. Meantime, the Western media and public figures oblige.

China invested $5.2 billion into public health in Xinjiang in 2017, with spectacular results including an increase in life expectancy. Infant and maternal mortality rates were cut in half according to a study published by the Lancet in 2019. Promoters of the “Uygur Genocide” use photographs of the newly built medical clinics as “proof" that birth control is somehow being forced on the population. (https://thegrayzone.com/2021/02/18/us-media-reports-chinese-genocide-relied-on-fraudulent-far-right-researcher/)

Zamira Dawut, an individual rolled out by the BBC as a victim of forced sterilization by Chinese officials has been documented to have never studied in a vocational center as she claimed and had never been sterilized. Her claims, treated as undisputed fact by western media, have been thoroughly debunked by public records. Many of the individuals cited as “missing” or “disappeared” by Ugyur separatists have been found living perfectly normal lives either in China or abroad.

Furthermore, the Chinese government has a policy of not only allowing local customs and traditions to continue, but sponsoring them and helping them flourish. The Chinese government has either built or refurbished a number of mosques in recent years. Claims about the abuse of graveyards or outlawing of local customs have been widely debunked. Journalists have freely visited Xinjiang and seen local Uygurs freely observing festivals, religious ceremonies and other customs.

The source for almost all of these claims about persecution of Uygurs is yet another discredited extremist, this time a German religious fanatic tied to the Victims of Communism Memorial Foundation. The widely cited Adrian Zenz is the author of a book entitled: “Worthy to Escape: why all believers will not be raptured before the tribulation,” in which he referred to homosexuality as “one of the four empires of the beast,” predicted that Jews would either be “refined” or “wiped out” in a “fiery furnace,” and called for the “scriptural spanking” of disobedient children.

Zenz is also opposed to notions of gender equality and takes a number of traditionalist positions that render him to be viewed as a political basket case in modern, socially liberal Germany. Yet HRW repeats his claims as undisputed facts and uses them as the basis for shaming Olympic corporate sponsors. (https://www.mfa.gov.cn/ce/cgjed//eng/xgxw/t1857365.htm)

Rhetoric against the Olympics is expected from the likes of Mike Pence, Peter Navarro, Mike Pompeo and Adrian Zenz. These are individuals tied to the ideological neoconservative cold war right wing. Despite the 20th century long being over, they are operating with an outdated playbook, waving God and the Bible as amulets to ward off “the commies.”

However, Human Rights Watch purports to be a credible, balanced organization that renders data in an objective way to advance the universal goals of improving civil liberties around the world. Biden presented himself as a relief from the wild-eyed fanaticism of the Trump administration.

While China’s economy continues to grow and its reputation around the world has greatly expanded due to the Belt and Road Initiative and other successful development projects, anti-China moves laced with hysterical, non-factual allegations are only serving to further isolate the United States from the international community. The Olympic Games will proceed regardless of Biden’s diplomatic boycott and HRW’s call for pressure on corporate sponsors.

The only thing in question is the role of the United States in global affairs, which is increasingly being rolled back despite their increasingly shrill tone, as China speeds forward.