Home AMERICAN BRAINWASH “Father, forgive them for they know not what they do.”

“Father, forgive them for they know not what they do.”

The author argues that it's time to update Christ's famous admonition.

January 31, 2022 8 minutes read
HELP ENLIGHTEN YOUR FELLOWS. BE SURE TO PASS THIS ON. SURVIVAL DEPENDS ON IT. 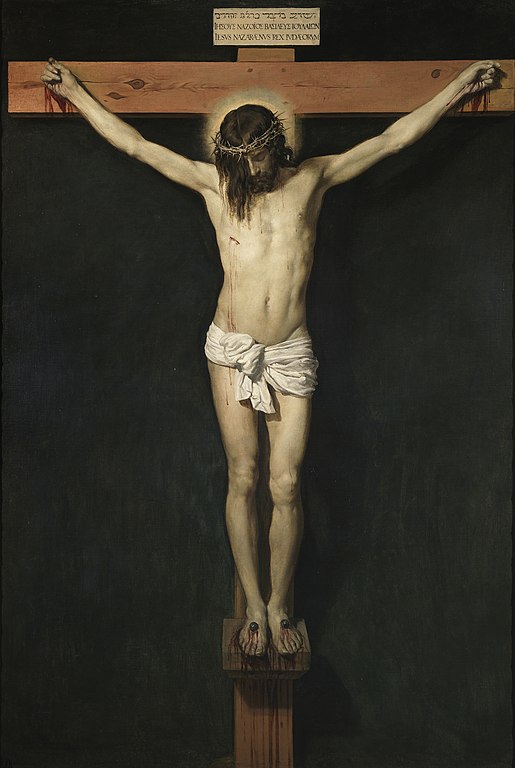 “Father, forgive them for they know not what they do.”

Spoken by a fellow in a time when tolerance and trust, faith in the essential goodness of human beings, belief in turn-the-other-cheek stoicism, all were still possible. It was innovative even back then, but an option which could be considered.

These are different times. No longer does innocence bloom. Hope is a four-letter word, gutted by abuse, now a contemptuous metaphor for hypocrisy and cunning. Faith, charity and love have been quantified, digitized, commodified, sexualized, turned into more weapons of mass deception and poisoning of the human spirit, just box cutters in the toolbox of a tiny elite, self-anointed as the class of absolute privilege and ultimate prerogative, self-appointed as Masters of the Universe. The sociopaths have won the class war and sit at the top of the sh*tpile they’re fabricating.

No, good people, forgiveness is no longer recommended, no longer possible, such graciousness is not the appropriate noble response anymore.

We simply cannot forgive those who are doing to our world what we see happening right now.

Jesus Christ surely would not approve of what I’m about to say. Then again, these days He’s basically irrelevant, just another marketing brand, an advertising gimmick for knee-jerk religiosity.

Forgive them not . . . for endless war, carnage for conquest, slaughter for power and control, the creation of enemies to drive weapons sales, the demonization of other countries and their leaders to prepare the public for war and more war.

Forgive them not . . . for destroying the environment, killing untold numbers of species, filling the waterways with toxins, polluting the air, pumping greenhouses gases at an accelerating rate into the atmosphere.

Forgive them not . . . for poisoning our bodies with man-made chemicals and for-profit pharmaceuticals, for poisoning our food with herbicides, pesticides, hormones, antibiotics, for boosting the bottom line with no regard for human health or dignity.

Forgive them not . . . for filling the oceans with millions of tons of the debris of “civilization” and turning the vast expanses of life-giving, life-sustaining water into graveyards for the creatures of the sea.

Forgive them not . . . for fostering suspicion and hatred, promoting racism and intolerance, for setting humans against one another to make us all easier to control, manipulate and exploit.

Forgive them not . . . for persecuting Julian Assange, Edward Snowden, Chelsea Manning and other truth-tellers, while promoting to positions of power serial liars, prevaricating warmongers, self-enriching enemies of truth.

Forgive them not . . . for destroying science as an objective methodology for obtaining knowledge and achieving understanding, for buying and bribing scientists to front for their deceptive, money-driven agendas.

Forgive them not . . . for rigging the economy via influence peddling and grotesque warping of the democratic process deploying enormous infusions of money, in order to accelerate the transfer of wealth to a handful of beneficiaries at the top, who then use that wealth to leverage even more money to further enrich the already incomprehensibly rich.

Forgive them not . . . for desertification, deforestation, acidification, the destruction of enormous swaths of arable land, the decimation of rainforests, the ruin of ecologically-sensitive marshlands, the oil spills, chemical spills, all the direct result of blind avarice and predation.

Forgive them not . . . for hoarding epic, unfathomable piles of money, while so many millions on the planet struggle to survive, live meal-to-meal, starve to death, die of easily curable diseases.

Forgive them not . . . for flooding the planet with weapons, seeding crisis after crisis, for being witness to and perpetrators of massive slaughter, unconscionable terror, death and destruction, all in the name of defense industry profits and stock portfolios.

Forgive them not . . . for using the media, movies, TV and internet, entertainers and celebrities, to spread lies, propaganda, disinformation, and fake news to slander and marginalize bearers of truth and to confuse, distract, and disempower everyday people.

Forgive them not . . . for dismantling democracy and destroying the promise of our bold people-centered and freedom-affirming experiment in self-government.

Forgive them not . . . for exploiting our innate fear of death and universal desire for well-being, for turning medical care and maintenance of health into yet another revenue stream for predatory capitalism.

Forgive them not . . . for violating the innocence of children, exploiting their thirst for knowledge and natural curiosity, destroying their inherent creativity, and rendering our educational system a factory for consumer robots.

Forgive them not . . . for taking the beautiful, majestic heavens, the pure, wholesome expanse of outer space and converting it into yet another battlefield, bristling with weapons of terror and killing.

Forgive them not . . . for mangling and mutilating timeless messages nurturing spiritual growth and healing, compassion, caring and sharing, for mutating institutionalized religion into materialistic cults of self-worship and warring tribes of exclusion and vilification.

Forgive them not . . . for Monsanto, Raytheon, Pfizer, Chase, the Fed, Amazon, Google, the NYT, Facebook, Microsoft, the entire web of corporate tyranny.

Forgive them not . . . for the Patriot Acts, for the 17 intelligence agencies, the CIA, NSA, FBI, DHS, the NDAA, the duopoly, Citizens United, for election rigging, voter machine fraud, gerrymandering, the scam of government by the people.

Forgive them not . . . for massive intrusive unconstitutional citizen surveillance, both by security agencies and private corporations, and for the oppressive censorship which has destroyed the most fundamental rights of free expression and open exchange of ideas and information.

Forgive them not . . . for simply being so self-centered, so selfish, so arrogant, so self-righteous and delusional, they are undermining everyone else on the planet, and creating a world which will eventually be uninhabitable by any of us, including them -- the stupid self-sabotaging bastards!

Forgive them not . . . for THEY KNOW EXACTLY WHAT THEY DO.

We have to get it together, folks! Tolerate none of this. Do not forgive the “people of privilege”. Capture them. Bring them to trial. Imprison them. They know exactly what they’re doing. They do it callously, maliciously, mercilessly, intentionally, with plan and pre-meditation. We know who they are. They cannot be trusted. They cannot be excused -- now or ever -- if there is to be a world that is functional and supports life and human interaction.

No forgiveness. No excuses. No compromises. No fear.

John Rachel has a B. A. in Philosophy, has traveled extensively, is a songwriter, music producer, novelist, and evolutionary humanist.  He has spent his life trying to resolve the intrinsic clash between the metaphysical purity of Buddhism and the overwhelming appeal of narcissism.  Prompted by the trauma of graduating high school and having to leave his beloved city of Detroit to attend university, the development of his social skills and worldview were arrested at age 18.  This affliction figures prominently in all of his creative work.