Home ANTI-IMPERIALISM FIGHTERS In Ukraine crisis, will Iran emerge a winner and Israel a loser?

In Ukraine crisis, will Iran emerge a winner and Israel a loser?

West Asian developments play second fiddle to the Great Power battle over Ukraine. But regional states must pick a side because events in Kiev will trickle back home.

February 18, 2022
Our articles depend on you for their effectiveness. Share with kin, coworkers and friends.

Even in West Asia there will be winners and losers over the stand-off in Ukraine. Photo Credit: The Cradle

If we look at the developments of the Ukrainian crisis through a West Asian lens, and measure up the potential profit and loss scenarios for regional players, it is likely that Iran may be the biggest winner, and Israel the biggest loser.

Let’s start with Iran. This worsening crisis between the Russian-Chinese axis on the one hand, and the American-European alliance on the other, could not come at a better time for Tehran.

The Ukraine stand-off, which has captured the world’s attention, has significantly reduced Iran’s ranking on the list of US priorities by several degrees, and in turn, eased western pressures in the Vienna nuclear negotiations, which is barely a blip these days on the evening news.

Moreover, the blanket western disinformation campaign against a yet-unseen ‘Russia invasion’ really bolsters Moscow’s – and even Beijing’s – desire to strengthen strategic relations with Iran and other US-sanctioned states to fortify a rival axis that can challenge American aggression everywhere.

Let’s then consider Israel – Iran’s arch-enemy – and most Arab states in West Asia, who although clearly pro-US, have strived for decades to maintain a healthy ‘public’ neutrality in great power conflicts. In the event of an actual Russia-NATO clash, directly or through proxies, this fragile balance will now be tested rigorously, for it seems no state can remain neutral in times like these.

Names and numbers will be taken, alliances will be questioned, and silence will be punished. This is a certainty where Washington is concerned – as witnessed when Jordan was punished for staying neutral in the first Iraq war, and France in the second.

Let’s look at how this works in reality. Ukranian President Volodymyr Zelensky’s government made a request for military assistance from Israel, as revealed by Israeli Foreign Minister Yair Lapid after his Sunday meeting with Ukraine’s Deputy Foreign Minister Amina Gavrova. Lapid promised to study the request, and herein lies Tel Aviv’s biggest test:

If the Israelis agree to send weapons to Kiev, the Russians will be angered. If Israel remains silent and ignores the response, it will lead to a frigid resentment from the western camp, and NATO specifically.

In the past, Tel Aviv has managed to easily walk the tightrope between the great powers by invoking the Holocaust, concentrations camps, Russia’s role in defeating the Nazi army in WWII, preservation of Jewish interests in Ukraine (50,000 Jews) and Russia (230,000) – but those arguments have little relevance in the coming conflict.

Tel Aviv will want to prevent any war in order to avoid making the hazardous choice between the Russians and Americans – where neutrality is forbidden. It tried to offer up a mediation summit in Jerusalem to resolve the crisis, but was ignored by Moscow or Washington, who could care less about West Asia at this moment.

Iran, meanwhile, stands satisfied in the shadows, neither aggravating nor weighing in on Ukrainian matters. Tehran resolved its position early on by standing in the Russian-Chinese trench, while Israel, to its utter mortification, really has only one choice.

Tel Aviv will have to stand in the US-European trench eventually, which will lead to the loss of its privileged relations with Russia, the consequences of which it will ultimately bear in Syria, Iran, and the entire West Asian region.

Some argue that the crisis in Ukraine could benefit Israel which may use the pretext of an impending war to lure Ukrainian Jews there for their ‘safety.’

But there are already one million Russian immigrants in occupied Palestine, half of them either non-Jews or non-practicing, and a large proportion of these lean toward Moscow, and President Putin in particular. In the event of a large influx of Ukrainian Jews, sponsored by Israel, the Russians already there for several decades could transform into a “fifth column” for Russia, their motherland.

In recent days, Turkish President Recep Tayyip Erdogan tried to adopt the intermediary role – that Israel is now seeking – to extract himself from a similar dilemma. He tried to cloak his bias towards Ukraine by presenting himself as a mediator in this crisis, but was also ignored.

Erdogan is already too neck-deep in his Ukraine faux pas for Putin to forgive. In recent months, Turkey and Ukraine have been discussing the joint production of ships, turbine engines and military aircraft. The Turkish president has sent around 500 Turkish Bayraktar drones worth $69 million to Ukraine, condemned the Russian annexation of Crimea, and dropped into Kiev for a photo op at the height of the crisis.

There were two messages addressed to Israel in the past seven days, both intended to impart serious warnings:

The first missive was the firing of a Syrian missile into Israel, which landed in the northern city of Um al-Fahm in retaliation for an Israeli missile strike on southern Damascus. This Syrian response could only have been sent with advance coordination with Moscow, and possibly even at its behest.

The second missive came from Iran, in a statement by the nation’s Supreme National Security Council Secretary-General Ali Shamkhani, who said: “The nuclear negotiations have reached a critical stage, and it depends on an Iranian political decision to accept or reject the conditions.”

The first message is that a firmer Syrian response to the Israeli raids may be imminent, and it may depend on Israel’s position on the Ukraine crisis. The second message confirms that Tehran is sticking to its guns on all its international positions, including the Vienna negotiations that Israel has tried hard to sabotage, and that Iran is immovable regardless of whether an agreement is reached or not. Maintaining its nuclear edge and ambiguity suits Iran just fine.

The global spotlight moving to Ukraine has only strengthened the Resistance Axis in West Asia and provided it with a greater variety of hard and soft cards to play – cards that the Russians will appreciate, but Israel may come to regret. 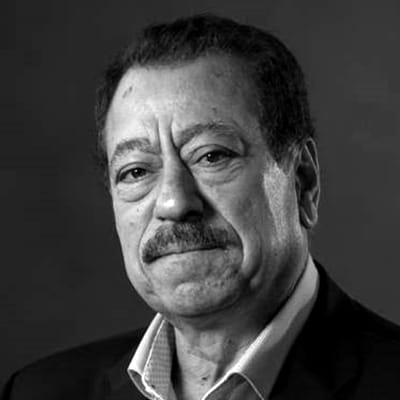 Abdel Bari Atwan is a respected geopolitical analyst with a focus on the Middle East/West Asia. Abdel was born in Gaza, Palestine and has lived in London since 1979. The founder and editor in chief of Raialyoum since 2013, Abdel Bari was previously the editor of London-based Al-Quds al-Arabi, an independent, pan-Arab daily newspaper since 1989. He is the author of several books, including the bestselling 'The Secret History of al-Qa'ida,' a prolific contributor to international media outlets - TV and print - and lectures worldwide.

The Ultimate End Of NATO