U.S. Nailed to the Wall on Illicit Biological Weapons Labs in Ukraine

For the world to survive and have peace, US generals have to kick the imperialist addiction, and the ruling political classes of the US and EU thoroughly renovated.

Published: March 9, 2022Last Updated on March 12, 2022 9 minutes read
Please make sure these dispatches reach as many readers as possible. Share with kin, friends and workmates and ask them to do likewise. 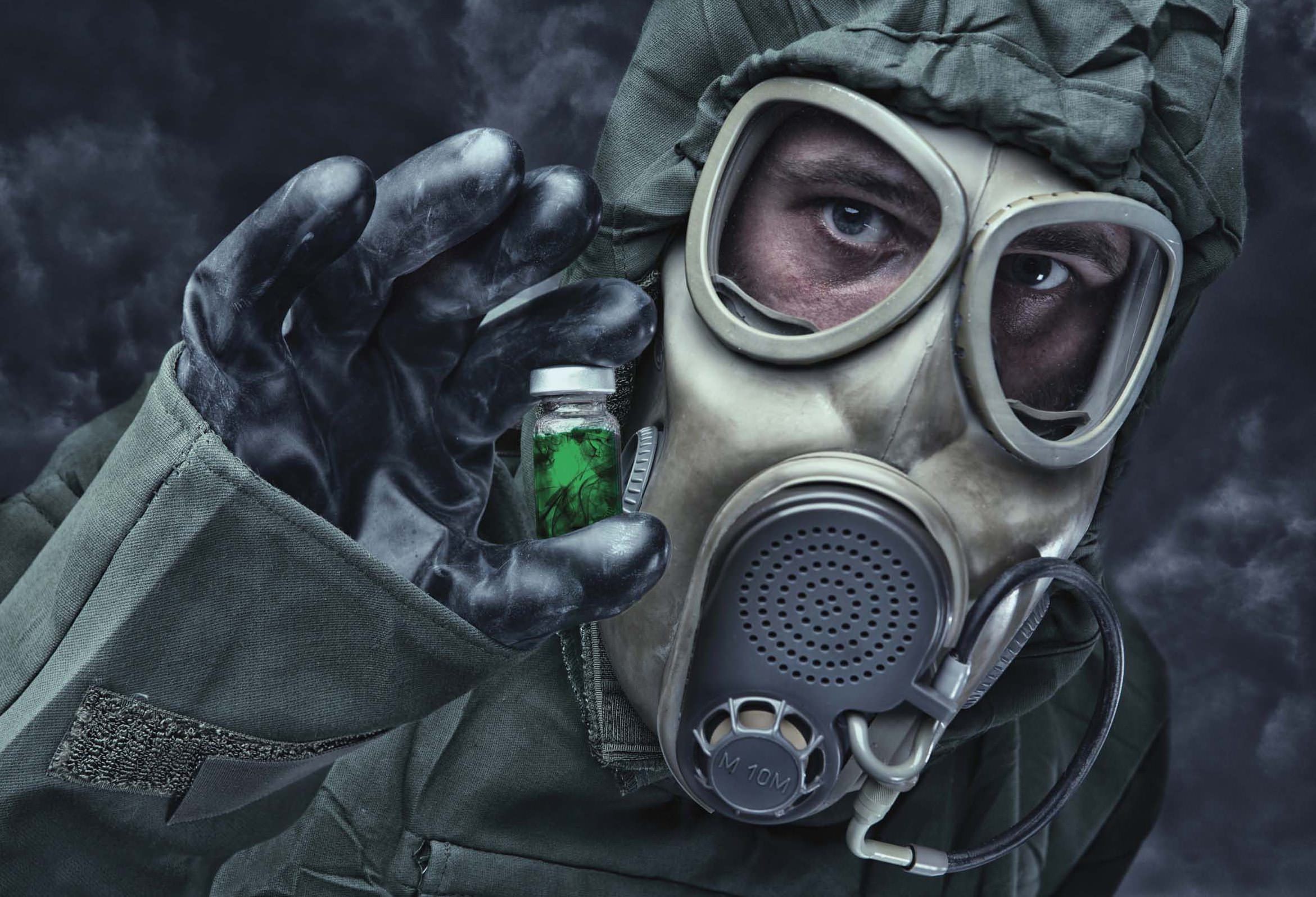 However, yesterday the story about biological weapons labs received convincing confirmation from the U.S. State Department, when Victoria Nuland, Under Secretary for Political Affairs, said publicly before microphones that the USA fears that its biological labs in Ukraine will “fall into the wrong hands.”  That is a very convoluted admission that the Russians’ allegations are perfectly true. The U.S. is battening down the hatches against the coming storm of international indignation, at the same time trying to divert attention away from itself by suggesting that the Russians might do something dastardly with what they find.

American evasion and attempted dissimulation were stymied however when, also yesterday, the Chinese Ministry of Foreign Affairs demanded an explanation from the United States of what exactly Americans have been doing not only in their Ukrainian labs, which were situated in cities across the Ukraine from Kharkiv to Lviv, but also in a further 130 such labs spread out across the world.  Intense Chinese concern is understandable since one such laboratory was in Wuhan, the point of origin of Covid19.

The subtext is that the U.S. Chiefs of Staff have taken with the utmost seriousness the warnings of retaliation from Konoshenkov, against NATO, Article 5 or no Article 5 pledges of ‘one for all and all for one.’  Meanwhile, the general public in the United States is clueless because virtually nothing about this appeared in major media.

Still on the subject of biological weapons being prepared in Ukraine under United States funding and guidance, Russian experts were on television this morning explaining how leaks from these labs have been monitored over the past few years. In one such case, 450 Ukrainian civilians were said to have died from biological agents that contaminated their residential block. This number, you will note, is higher than the total number of civilian deaths in the ongoing “barbaric” Russian in Ukraine as reported in The Financial times (characterization as “barbaric” by Andrew Bacevich, Chairman of the Quincy Institute for Responsible Statecraft, a self-described American think tank for peace). The Russians are now examining whether outbreaks of swine flu and avian flu that caused havoc with their livestock in farming areas close to the Ukrainian border may not have been artificially induced by saboteurs coming from Ukraine. Work on viruses transmissible from animals to humans was also reportedly being done in the Ukrainian facilities.

Let us now turn to the question of Ukraine’s program to produce nuclear weapons, which Konoshenkov also mentioned in his briefing.  Today Russian news is saying that they possess more than just documentary proof of such development, which contravenes the Budapest Memorandum of 1994 and the Treaty on the Non-Proliferation of Nuclear Weapons, to which Ukraine is a signatory. The Russians now claim to have found sample “baby bombs” which will prove beyond doubt the nuclear ambitions of Kiev for which the United States was a guiding force.

All of the foregoing points to what may be expected when the Russians finish their demilitarization and denazification campaign in Ukraine in the next several weeks.  They may well convene an international tribunal to try the Ukrainians who were responsible for the illicit programs involving weapons of mass destruction. We may expect the Chinese to join them in running the tribunal, as well as other closely interested countries.  It is also reasonable to expect that this tribunal will identify and seek to extradite their American handlers.  This may be difficult, because Moscow has already said today that the Americans on the ground in Ukraine overseeing the biological weapons laboratories all carried diplomatic passports.  However, the Russians, like the Americans, can be very resourceful in cases like this.

Finally, before closing today’s bulletin of latest developments in the Russia-Ukraine war at the political level, I direct attention to the question of Poland’s turning over its fleet of Soviet-era MIG jet fighters to Ukraine, which has been a hot issue on Western news these past few days.  The Poles had been in discussions over this possibility with U.S. Secretary of State Antony Blinken last week, and Blinken seemed to be approving.  For the Poles, the proposed “donation” to support Ukraine would be a godsend.  They would get rid of their fleet of old Soviet planes and would receive in exchange from the United States F-16 fighters, thereby better integrating Poland into the standard equipment of NATO fully at the charge of Uncle Sam. Let us assume the transaction would come to half a billion to one billion dollars to the benefit of Warsaw and to the cost of U.S. taxpayers.

Is it any wonder that several other former Warsaw Pact countries, now NATO member states yesterday said they too were ready to help the comrades in Ukraine by turning their old MIGs over to Kiev and taking in exchange United States fighter planes.

Warsaw announced yesterday that it intended to fly its MIGs to the Ramstein airbase in southwestern Germany for the hand-over. This news release apparently took the U.S Government by surprise.  At her testimony before the Senate a little later in the day, Victoria Nuland said she had no pre-warning of the announcement and would not comment till she got back to her office and studied the matter further.

This announcement was indeed remarkable.  Ramstein is the headquarters of the United States Air Forces in Europe and also of the NATO Allied Air Command.  If the MIGs had simply been transferred to Ukrainian pilots on Polish territory and then flown into combat in Ukraine, then they would bring down on the dispatching airport in Poland the instant retribution that General Konoshenkov stated explicitly two days ago.  By sending the planes to Ramstein for the hand-over to the Ukrainians, the Russian response, cruise or hypersonic missile attack, would go instead against the United States airbase. 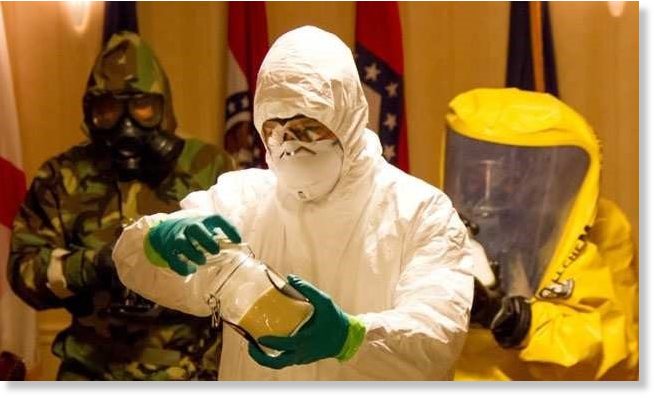 Dear promoters of Poland as the defense shield of Europe in Washington:  pay close attention to what your friends would do to you.

However, none of this will come to pass, as we may conclude by today’s announcement from the Pentagon that the deal is unacceptable and is outside the competence of Poland to offer.  Today the Pentagon spokesmen say plainly that the issue at hand concerns all of NATO and can be taken only by NATO collectively, not by one member, Poland.

This is a nice formally correct explanation from the Pentagon.  The subtext is that the U.S. Chiefs of Staff have taken with the utmost seriousness the warnings of retaliation from Konoshenkov,  against NATO, Article 5 or no Article 5 pledges of ‘one for all and all for one.’  Meanwhile, the general public in the United States is clueless because virtually nothing about this appeared in major media. When the war started, President Putin was hopeful to come to a quick understanding with the leading officers of the Ukrainian armed forces regarding capitulation and regime change.  However, in a matter of days it became clear that the Ukrainian military has been thoroughly infiltrated by radical nationalists and is unable to act in the interests of the nation independently. It now appears that this type of analysis would be better applied to the United States of America.  Only the senior generals in the Pentagon have their eyes and ears wide open to the Russian capabilities and intentions.  The political classes, both Democrats and Republicans on The Hill, are lost in their own virtual world of unlimited United States power. That alone explains the potentially suicidal demand from Democrats yesterday that Biden now impose a ‘no-fly zone’ over Ukraine.

It may be that the war will end when the Pentagon generals and their Russian counterparts sit down and talk about revising the European architecture of security, leaving Blinken and his associates to look on through the windows. Gilbert Doctorow is an independent political analyst based in Brussels. He chose this third career of 'public intellectual' after finishing up a 25 year career as corporate executive and outside consultant to multinational corporations doing business in Russia and Eastern Europe which culminated in the position of Managing Director, Russia during the years 1995-2000. He has publishied his memoirs of his 25 years of doing business in and around the Soviet Union/Russia, 1975 - 2000. Memoirs of a Russianist, Volume I: From the Ground Up was published on 10 November 2020. Volume II: Russia in the Roaring 1990s was released in February 2021. A Russian language edition in a single 780 page volume was published by Liki Rossii in St Petersburg in November 2021: Россия в бурные 1990е: Дневники, воспоминания, документы.[/su_panel] View all posts by gilbertdoctorow

You won’t know what hit you and why