The western media sphere—from legacy to Internet—is ablaze in sanctimonious accusations, but the whole thing was apparently staged

March 14, 2022 6 minutes read
Please make sure these dispatches reach as many readers as possible. Share with kin, friends and workmates and ask them to do likewise.

Fake Russian attack on a maternity hospital?
We may be witnessing a replay of the famous fake Russian attack on a Syrian hospital. The West's playbook repeats itself because these stories (like the militarily and strategically stupid idea of carrying out a chemical weapons attack on your own people) spread massively by the Western media, which has a lot more experience in the art of refined lying than the Russkies (or Chinese), seem to work time after time. Western audiences—thoroughly brainwashed— never learn. Such is the power of the Big Lie. Depraved PsyOps are the West's specialty, chiefly the US and Britain. The Ukraine story since its 2014 coup, depicted as a heroic uprising against a corrupt tyrant, has been one gigantic and nonstop psyop.

In any case, ALL the big and small engines of disinformation in the West are blaring and shedding crocodile tears over the supposed cruel Russian bombing of maternity hospital—imagine that! We suppose the images are telling us the truth, as usual, but they are not. On even cursory examination the story doe not hold up. For one thing, credible witnesses have said the relatively few occupants and staff of the facility were kicked out of the building some time ago by members of the Azov regiment (Nazis), who use civilian facilities like that as "firing points", often utilising also innocent civilians as human shields, a tactic long favored by ISIS in Syria and other points of the Mideast and Central Asia. So, for all intents and purposes, the destroyed "maternity" was a building commandeered by the odious Nazi Azov battalion, which is (or was until recently) heavily entrenched in Mariupol, a coastal city in Southeast Ukraine. If so, it was a legitimate military target.

Observe below the uniformity of coverage of this fake event, all media using the same tack and hysterical tone. Also keep in mind that almost ALL Russian or pro-Moscow interpretations of the event (including those by highly experienced skeptics)  are being blocked from reaching Western publics, guaranteeing this false flag the widest diffusion imaginable. Par for the course in the Orwellian West.

The object of this revolting exercise in hypocrisy is to convince the Western publics that Russia has to be dealt with as harshly as possible, and that Ukraine must keep on fighting, and maybe, with plenty of Western support, win. Not surprisingly, this false flag crops up in the middle of a successful Russian offensive, and when the idiotic, equally manufactured demand for a "no-fly" zone in Ukraine is attaining truly deafening levels.

A much bigger false flag in the near future—fasten your seatbelts
Meanwhile, Bernhard, at Moon of Alabama, one of the most credible sites reporting on international affairs, warns that the US and its accomplices may be working on a huge false flag. "There is significant danger that the Ukraine, the UK or the U.S. will launch a false flag attack in Ukraine. People have started to take note of the directional fear-mongering that is coming from various 'Western' officials."  Read the rest here, and be sure to read the comments, often as good as the main article. (Italics mine) 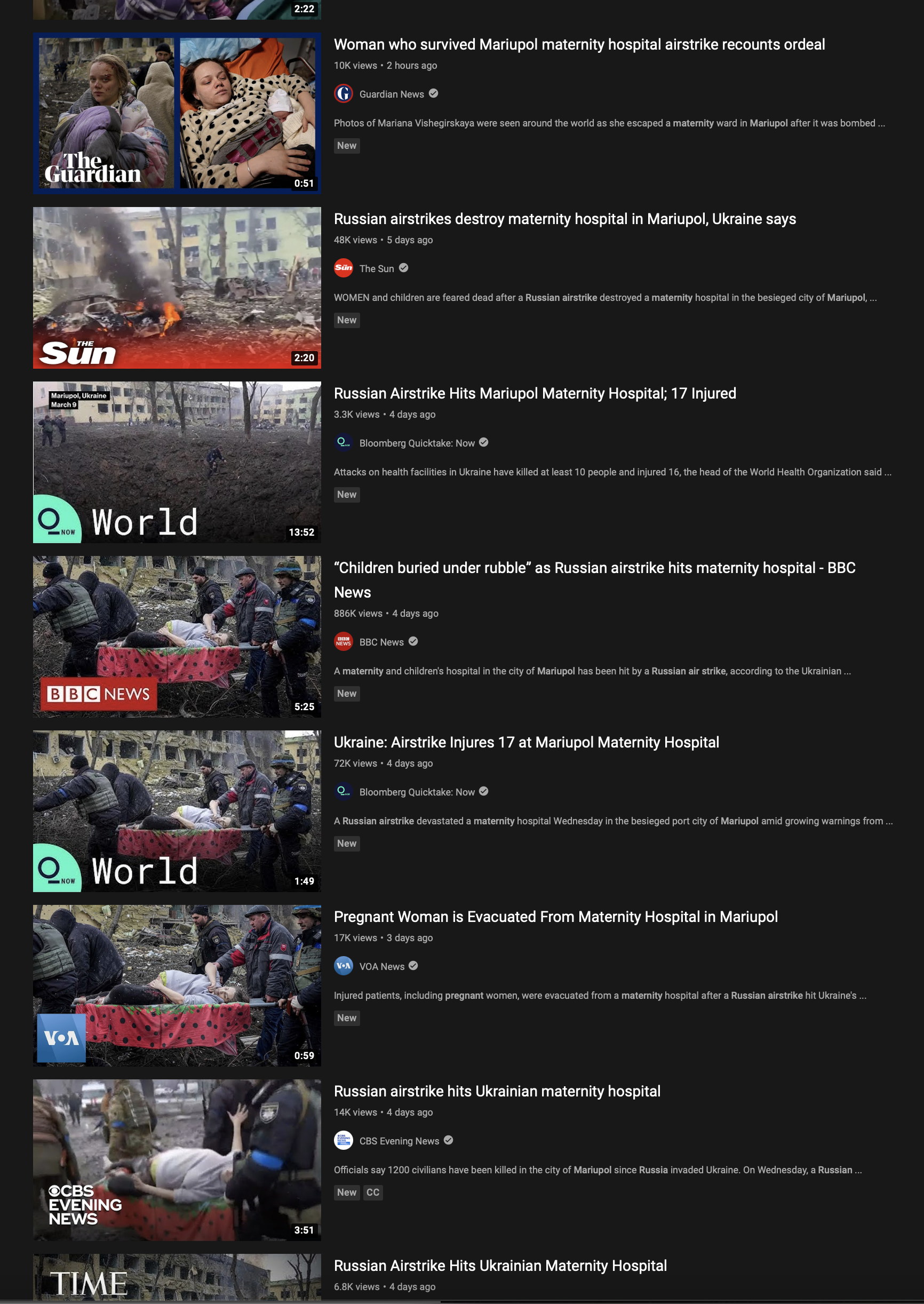 The far more likely version of this story: You be the judge.

MOD Russia: Meeting of the Joint Coordination Headquarters for Humanitarian Response in Ukraine