Home ABOMINATIONS The Jaw-Dropping Power of US Propaganda

The Jaw-Dropping Power of US Propaganda 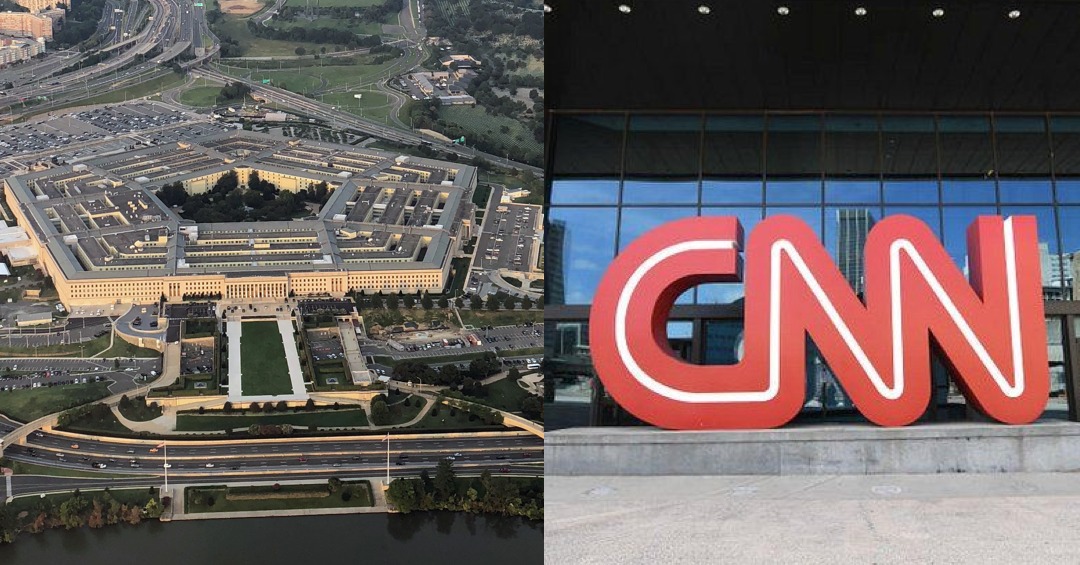 If you use Twitter and engage with the subject of the war in Ukraine, you’ve probably noticed a verified account called The Kyiv Independent pop up while you’re scrolling through your feed which puts out highly biased content in favor of the Zelensky regime and the western powers which support it.

If you’re using a desktop browser, it will usually look like this: 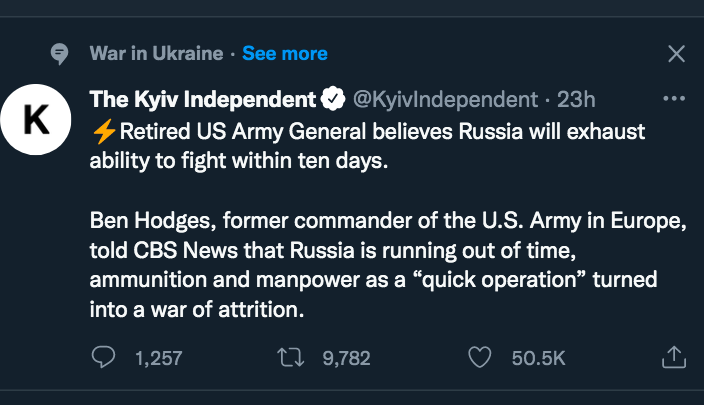 Do you see the gray text in the top left-hand corner of the image which says “War in Ukraine”? That’s a Twitter “Topic” that the page’s algorithm has recommended to me without my having subscribed to it, where posts from The Kyiv Independent feature prominently. This Topic is being aggressively pushed on Twitter users around the world, showing up over and over again in their feed until they adjust their settings to remove it.

As Pedro Gonzales recently documented in Human Events, The Kyiv “Independent” was slapped together a few months ago with what the Committee to Protect Journalists called “an emergency grant from the European Endowment for Democracy.”

The European Endowment for Democracy is a spinoff of the US government-funded “NGO” National Endowment for Democracy, which according to its own co-founder was set up to do overtly what the CIA used to do covertly, namely orchestrate coups and manage narratives to advance US interests. A page on an NED website says that “All EU member states are members of EED’s Board of Governors, together with members of the European Parliament and civil society experts.”

The Globe and Mail reports that the Canadian government also put $200,000 toward Kyiv Independent’s funding. The outlet is being so loudly amplified by Twitter that not only has its Twitter account secured nearly two million followers since its creation in November, but one of its reporters (who calls the neo-Nazi Azov Battalion his “brothers in arms“) has gained a million followers since the start of the Russian invasion.

Knew there was something off about this guy. Here's "Kyiv Independent" reporter @IAPonomarenko, who has gained almost a million followers in less than two weeks, declaring himself "brothers in arms" with the notorious, openly neo-Nazi Azov Battalion pic.twitter.com/8BuC3hsSaj

Do you see how sophisticated just that one tiny component of the US-centralized empire‘s propaganda campaign is? How many seemingly disparate and unrelated elements it has? Multiple countries, NGOs, an ostensibly independent social media platform, an ostensibly independent news outlet. It’s very difficult to see how any of it connects at all if you don’t know where to look. And almost nobody knows where to look.

This highly advanced perception management operation is happening all around the world about any issue the empire has a vested interest in. As anti-imperialist author and podcaster Justin Podur recently put it, “The US Empire is based on the mastery of storytelling. Making reality through propaganda.”

Truly, one of the most under-appreciated and overwhelmingly powerful forces on this earth is the US imperial propaganda machine. The ability to manipulate public thought, not just within the United States but across vast swaths of nations, has allowed it to manufacture international consensus for whatever agendas it wishes to advance in a way that eclipses the collective organizing power of official international bodies like the United Nations.

We’re seeing it today in the way unprecedented acts of economic warfare are being used to attack the economy of Russia with the goal of fomenting unrest and toppling Moscow. There was nothing inherent in Russia’s invasion of Ukraine which called for this specific response from all the specific nations who have chosen to participate in it, but that’s what ended up happening, and because of the power of the imperial propaganda machine the public has gone right along with it, even as it sends their fuel and grocery bills through the roof.

A big fuss gets made about the power of the US war machine, despite the fact that it tends to fail at the rather important task of winning wars. This is partly because the empire often doesn’t benefit from those wars ending quickly and partly because it’s hard to win wars when your entire military juggernaut is built entirely around generating the maximum amount of profit possible.

Where the real fuss ought to be made is the truly jaw-dropping power of the US propaganda machine. So subtle and sophisticated that even relatively intelligent and well-informed people fail to see the strings that are pulling at their minds, but so powerful it shapes the world.

The propaganda campaign on Syria taught me that Western media isn’t simply biased, but knowingly & systematically creates an alternative reality in support of the US narrative to an extent that I had hugely underestimated. Many of the same tactics are being used now with Ukraine.

In the book Inventing Reality, published all the way back in 1986, Michael Parenti makes the following observation:

For many people an issue does not exist until it appears in the news media. How we view issues, indeed, what we even define as an issue or event, what we see and hear, and what we do not see and hear are greatly determined by those who control the communications world. Be it labor unions, peace protesters, the Soviet Union, uprisings in Latin America, elections, crime, poverty, or defense spending, few of us know of things except as they are depicted in the news.

Even when we don’t believe what the media say, we are still hearing or reading their viewpoints rather than some other. They are still setting the agenda, defining what it is we must believe or disbelieve, accept or reject. The media exert a subtle, persistent influence in defining the scope of respectable political discourse, channeling public attention in directions that are essentially supportive of the existing politico-economic system.

This was long before Twitter, before Google, before Mark Zuckerberg, before Bill Clinton signed the Telecommunications Act allowing for news media to be bought up and consolidated under just a few oligarchic megacorporations. And yet the exact same dynamic we see before us today was already in play, even back then. It’s just gotten a lot more complex.

You know what’s funny about this mad push to censor speech in the name of fighting “Russian propaganda” is that the people who are pushing it are indirectly admitting to a very important truth that they normally try not to draw too much attention to: the fact that it’s very possible to use media to manipulate the way people think, act, and vote at mass scale. The part that they don’t admit is that they themselves are far and away the very worst offenders in that area.

The status quo worldview requires two entirely contradictory positions to be held simultaneously: that Russian propaganda has a corrupting influence on public thought, but that orders of magnitude more wealthy and powerful oligarchic media institutions do not.

This is not sustainable. People are already struggling to keep their heads above water with the constant white-noise torrent of psychological abuse they’re being subjected to day after day. We’re on our way to finding out just how much mass-scale psychological manipulation the human brain can tolerate before it snaps if we don’t find some way to change our collective relationship with mental narrative first.

Or who knows? Maybe a healthy relationship with mental narrative lies on the other side of that snap.

And What About Those Biolabs? Stop the narrative I want to get off!