Home AMERICAN BRAINWASH The Corruptness of the Social ‘Sciences’: It Prevents Democracy from Functioning

The Corruptness of the Social ‘Sciences’: It Prevents Democracy from Functioning

"Social scientists" have been prostituted by their paymasters to promote lies, instead of  to  expose  them. Many people on the left who refused to vote for Hillary in 2016 did so because they saw the Democratic party as the true "war party", a devious and even more dangerous tool of the deranged US plutocracy than the Republicans. And obviously, Trump was not an option. Biden's criminally inept regime has only confirmed that analysis.

A striking example of the corruptness of the social ‘sciences’ is the results from web-searching the phrase “UNDERSTANDING THE RUSSIA-UKRAINE CONFLICT” (just click onto it here — or else copy-and-paste that quotation into a search-box — to see the results from that web-search).

Virtually all of the sites that come up present political ‘scientists’ (and a few sociologists) offering their theories, no investigative historian presenting relevant and incontestable historical facts (which type of facts constitute the only empirical basis for actually understanding the Russia-Ukraine conflict, as a scientist would need to be the basis, in order for that person to be understanding it as a scientist — an authentic social scientist — would). Only if the public are presented truths — no lies — (and these truths are inevitably historical truths, not theoretical, at all) can democracy actually function. Democracy cannot function on the basis of lies (or any other type of falsehoods). If voters are voting on the basis of lies, then the public are being manipulated, and that can’t be a democracy.

Here are some examples of sites that prominently come up from this web-search:

I am an investigative historian, and here is my main article (devoid of such ‘theories’ or hypotheses) on this topic: https://moderndiplomacy.eu/2022/04/19/history-of-the-ukrainian-war. I’ve also provided, separately, a timeline of this war. (Neither article comes up in a web-search for "UNDERSTANDING THE RUSSIA-UKRAINE CONFLICT”. But that’s what I was addressing, in both of those articles. Neither of these articles is offering a ‘theory’ that’s based on ‘theories’, as social ‘science’ articles do. Each instead offers as its basis only historical facts that are relevant to this topic. Any political or other social ‘science’ which fails to do that — and this is all of the articles that come up in that search — is no authentic “science,” at all.)

One thing that I find quite striking is that in none of the web-pages that come up when web-searching “UNDERSTANDING THE RUSSIA-UKRAINE CONFLICT” have I found any of them that use the word “coup” to refer to what incontestably was the coup that in February 2014 grabbed Ukraine for the U.S. (As those links show, that’s an empirical statement, a historical fact, no mere hypothesis.) Instead, all of them start with the false implicit assumption that it was instead a ‘revolution’ there, and that Russia was the aggressor against Ukraine during 2014 and seized Crimea from Ukraine, and that the Donbass (far eastern) part of “the Russia-Ukraine conflict” was (and was ONLY) a Russian invasion of that part of Ukraine, and that those two alleged ‘grabs’ by Russia had started this war between Ukraine and Russia. But NONE of that is true. They’re all historically false. Russia’s role in this matter was instead in reaction to America’s immediately prior coup grabbing control of Ukraine, which nation has the longest of all European borders with Russia — it’s as-if Russia were to have couped Mexico, on America’s southern border (instead of America’s having couped Ukraine on Russia’s western border), and then social ‘scientists’ were blaming America instead of blaming Russia for its grab of Mexico via that coup. Rather than recognizing and acknowledging this fundamental and extremely relevant historical fact (and, as the head of the ‘private CIA’ firm Stratfor admitted, what happened in Ukraine during February 2014 was “the most blatant coup in history”), they all start with the implicit and rabidly false assumption that Russia was the aggressor against Ukraine during 2014 and — without provocation — seized Crimea from Ukraine, and that the Donbass part of “the Russia-Ukraine conflict” was (and was likewise ONLY) a Russian invasion of that part of Ukraine. But NONE of that is actually true; it’s entirely false: Russia’s actions were self-defensively provoked by America’s seizure of Ukraine to use it against Russia. America was the aggressor there; and its installed stooge-regime promptly became the aggressor against the many Ukrainians who communicate with one-another in the Russian language — ethnically Russian Ukrainians (who now became “second-class citizens” and commonly called by the newly installed government, “terrorists”, or were even burned alive, if they criticized or rejected the new government). The U.S.-imposed regime was/is rabidly anti-Russian. But pre-coup Ukraine hadn’t been like that.

In fact: During 2003-2009, only around 20% of Ukrainians had wanted NATO (America’s anti-Russian military alliance) membership, while around 55% opposed it. In 2010, Gallup found that whereas 17% of Ukrainians considered NATO to mean “protection of your country,” 40% said it’s “a threat to your country.” Ukrainians predominantly saw NATO as their enemy, not their friend. But after Obama’s February 2014 Ukrainian coup, “Ukraine’s NATO membership would get 53.4% of the votes, one third of Ukrainians (33.6%) would oppose it.” Even Ukraine’s own national polling organization, Razumkov, found in 2016 exactly the same thing: “If a referendum on Ukraine’s accession to NATO were held, relative majority (44%) would vote for accession, and 26% would vote against. 31% of respondents remained undecided or would not take part in the vote. In 2007, 19% of respondents were willing to vote for accession to NATO, and 54% would have voted against. … With regard to the issue of support for Ukraine’s accession to NATO, the years 2014-2015 represented a turning point.” That 44% for joining NATO was down from the 53.4% in October 2014, but remained far higher than the 17% figure in 2010. Consequently, Obama’s coup succeeded in transforming Ukraine from having been America’s enemy before the coup, into being Russia’s enemy — on Russia’s very own border — after the coup.

In other words: social ‘scientists’ start by assuming theories that are based upon false ‘history’ that is implicitly taken to be authentic history: they start with lies, and ‘reason’ on that basis. It’s merely propaganda.

Obama’s successful grab of Ukraine installed a regime that was so extremely hostile toward Russia, so that Ukraine’s oligarchs, who own and control the ‘news’-media Ukrainians see and hear, were able very quickly to turn public opinion there, from the prior 17% wanting NATO membership, into 53.4% wanting NATO membership (and, subsequently, 44% for joining NATO, versus 26% against it). How can a fact like that be even so much as even merely discussed (not even to say explained) by today’s social ‘scientists’? It simply CAN’T (without disproving their ‘theories’). So, it ISN’T. And that’s NOT the way any authentic science functions. No science can function by censoring-out reality (true history) — especially censoring-out the basic reality regarding its alleged topic.

So: this is how corrupt the social ‘sciences’ are: they are propagandists, who base their ‘theories’ on false assumptions. Rabidly false assumptions. And it’s not ONLY Ukrainians who have been fooled by this enormous systematic con about international relations. Ukrainians’ country was taken from them by this illegal coup, but publics in America’s other vassal-nations (or ‘allies’) have also been used as fools to believe the U.S. regime’s account, and to support nazis in Ukraine (about which, Ukraine can only lie, and lie repeatedly, to deny that Ukraine’s nazis have major power there), right up to and including Ukraine’s President Zelensky himself. Those are pretty big lies, and almost all social ‘scientists’ either explicitly endorse them, or else don’t point out that they are lies, at all.

What ‘scientists’ are today’s “social scientists”? None, at all. They have been prostituted, by their paymasters, to promote lies, instead of  to  expose  them. The one thing that’s not tolerated, at all, in a democracy, is lies — especially lies in the news-media, and in the policy-sciences (the alleged “social sciences”). Although censorship cannot coexist with democracy (but is instead always a necessary servant to dictatorship), proven falsehood that is alleged to be fact is punished in a democracy, and punishing it serves actually to achieve the goals that censors merely (and insincerely) claim to be their goals in their censorship. This is why, in a dictatorship, both lying and censorship are rampant: all of the important truths are censored out, by the censors. And this is the way that the corrupt social ‘sciences’ are. They are built upon the lies that remain, after the key truths (such as these) have been ‘cleansed’ out. 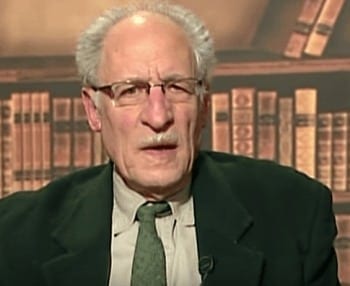 West’s Support for Extremism “Blows Back” in New York Shooting